Goddamn, no good, greedy slum landlord! Can you believe he would evict me, an old lady, from the shoe that I rent? During a pandemic of all times.  Sure, I’m a little behind on rent but what do you expect when I’ve been out of work since March? The first stimulus check for $1,200 helped, […] The post There Was an Old Woman Who Lived in a Shoe (Until She Got Evicted During the Pandemic) appeared first on Robot Butt. 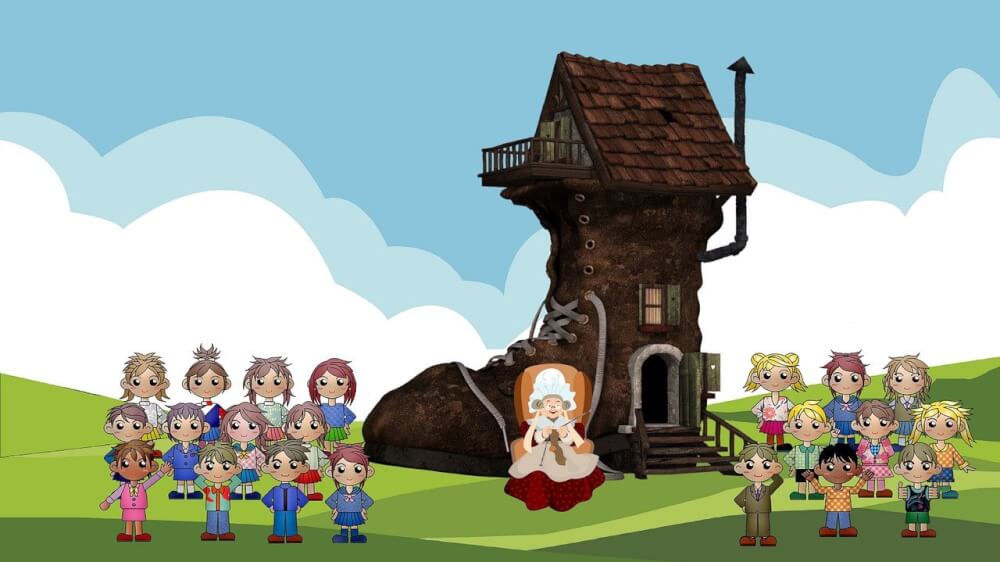 Goddamn, no good, greedy slum landlord! Can you believe he would evict me, an old lady, from the shoe that I rent? During a pandemic of all times.

Sure, I’m a little behind on rent but what do you expect when I’ve been out of work since March? The first stimulus check for $1,200 helped, but it barely covered my rent.

I was looking forward to some financial relief in the form of a second stimulus check, but thanks to Mitch McConnell, that was a whopping $600. Thanks, Mitch, you heartless piece of undigested corn in shit! My landlord has already told me that if I don’t have all of my rent paid once the housing moratorium ends on January 31st I’ll be out on my “withered, wrinkly ass.”

To make matters worse, I have so many children I don’t know what to do or where I’d go. Yes, they are all my biological children. What can I say, I was extremely fertile up until my mid-seventies. What about their father? I haven’t seen or heard from him in years. I guess his shoe fetish was a passing phase.

I know what you’re thinking. “You got $500 per kid, so with all of those kids, you would have received a hefty stimulus check.” You know how some old ladies start with a couple of cats and then, before they know it, they have a full-blown cat den? That’s my kid situation. I just admitted I have so many children I don’t know what to do. And we live in a shoe. A fucking shoe, for Christ’s sake. So, no, we’re not swimming around in excess money like Scrooge Mc-fucking-Duck!

The child allotment initially helped pay our water bill and buy some groceries. With this many children, someone is always in the shower or flushing the toilet. And the money doesn’t last long trying to feed our household. I have to use two grocery carts when I shop; I look like a goddamn hoarder. Before you can say “government partisanship,” we’re back to subsisting on broth and no bread.

I want to work, I do. But even if my job started back up I wouldn’t be able to return with all of my kids doing remote learning from home. I’ve basically been the principal of Shoe Elementary/Secondary School (go Insoles!) for the duration of this pandemic. If I hear one more privileged mom or dad from a two-parent household complain about how hard it’s been to get their child to engage in online learning, I’m going to shit. You think that’s been challenging, Tabitha? Has that been trying for you, Jeremy? I’ve got kids in every grade from kindergarten to grade twelve. Every. Fucking. Grade. Did I mention we live in a shoe?

No, I can’t “just get someone to look after them” so I can get a new job. I struggled to get a babysitter pre-pandemic. Do you know how hard it is to get childcare when you basically have an orphanage’s worth of children? And if sitters aren’t overwhelmed and scared off by the number of my children, they’re none too eager when I tell them the address. “Yeah, you can’t miss it, it’s the one that looks like a shoe. Because it is a shoe. You know, a shoe, designed to wear on your feet, only bigger. To live in. Hello?”

What kind of sucker is lining up to take over my lease when we get evicted? My monstrously mammonistic landlord is going to tear down this place and build a condo or a loft. Probably have some hotshot Wall Street type move in with his Instagram girlfriend. Then they’ll host soirees where everyone will rave about the high ceilings. Well guess what, assholes, that exposed brick isn’t original. Your contemporary loft-style living used to be a fucking shoe!

Once we’re evicted, we’ll be forced to leave the city in search of affordable housing. The only lead I have right now is a woman looking for roommates to share her rural gingerbread house. She was quite adamant in her post that she welcomes kids. Apparently, she loves “baking with children.” The pictures actually look quite nice. It’s got a funky, ornamental candy theme.

I figure, after living in a shoe, a candy house sounds pretty great. It can’t get any worse, right?

The post There Was an Old Woman Who Lived in a Shoe (Until She Got Evicted During the Pandemic) appeared first on Robot Butt.

I, Jake Paul, Am Calling You Out, World Chess Champion Magnus Carlsen

Tips for Picking Up a New Quarantine Hobby

A Few More Changes to the Haunted Hayride After This Year’s...