Red Bull's Max Verstappen will start Sunday's Spanish Grand Prix from third place on the grid. It's the... The post Third place 'subscription' best we can do - Verstappen appeared first on F1i.com. 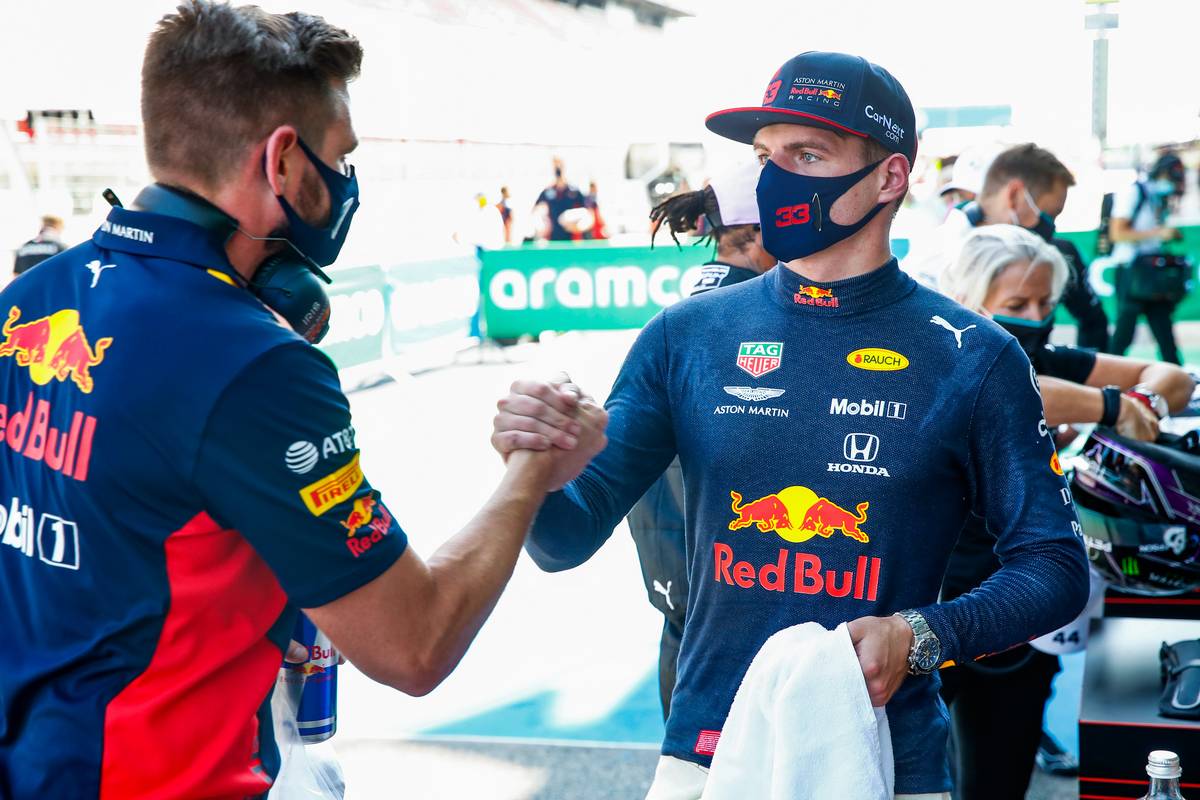 Red Bull's Max Verstappen will start Sunday's Spanish Grand Prix from third place on the grid. It's the third time in a row that he'll be starting from the second row of the grid behind the two Mercedes cars.

“It seems like I have a subscription for P3,” he quipped when talking with the media after the end of qualifying.

“It’s the maximum we can do at the moment," he admitted to Sky Sports F1's Johnny Herbert. "I think overall the whole weekend we have been P3."

“I’m pretty happy with that," he added. "I just hope of course that we can be a bit closer in the race.

"I think we extracted the most out of the car so I think we can’t complain, really," he continued. “I think the car was pretty competitive.

"Of course there are areas where we can do a better job but we are definitely improving the car, which is good.”

Verstappen speculated about whether his Mercedes rivals would enjoy the same sort of speed advantage they had showed in qualifying, where they were seven tenths quicker than Red Bull. 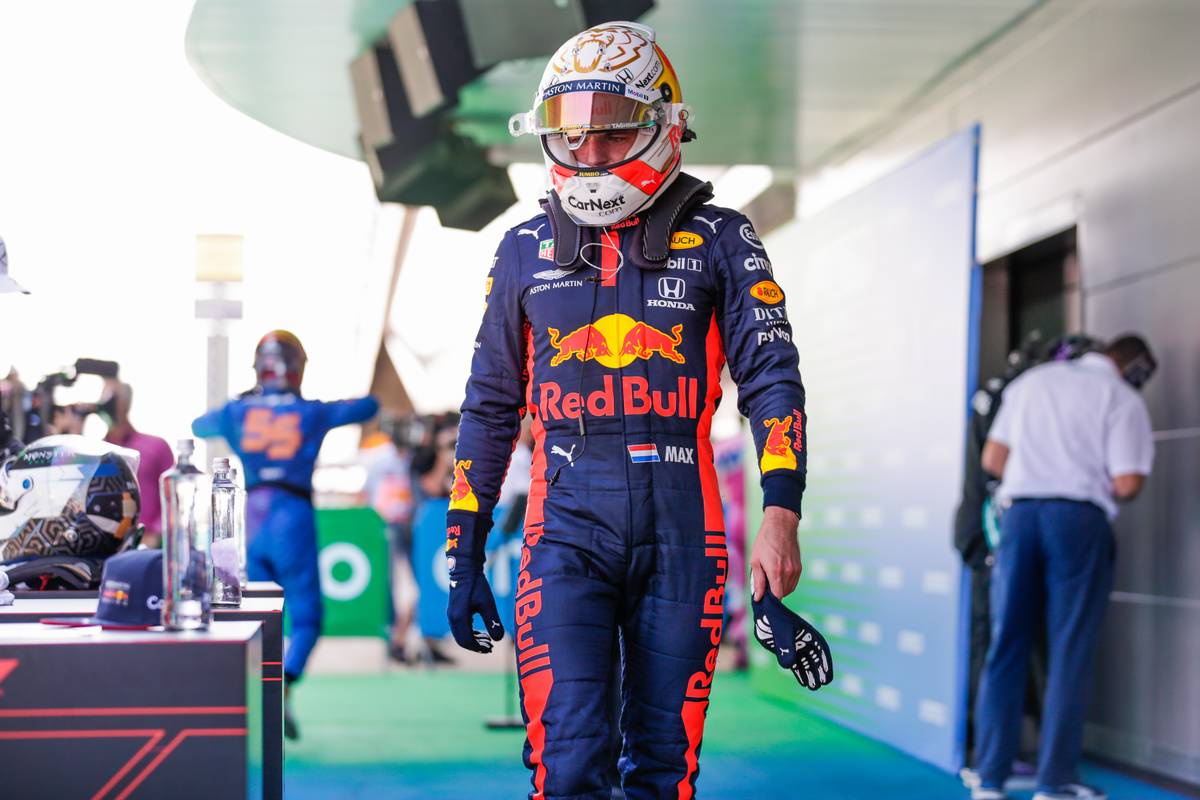 “Yesterday in the long runs they didn’t seem too bad, but of course tomorrow is a different day again so we'll have to see," he said. “I felt happy in the car so I just hope that I can apply a little bit of pressure.

"I felt very happy in the long run yesterday with the balance of the car and the wear of the tyres. But tomorrow is a new day and we’ll have to try and show it again.

“I think the soft tyre is good enough to start the race on. Normally the softest compound is a bit more tricky as it falls apart quite quickly, but it’s alright at the track here.

"It’s very hard to overtake around here," he pointed out. "But we’re going to do everything we can to be close to them and try to make it a bit difficult.” 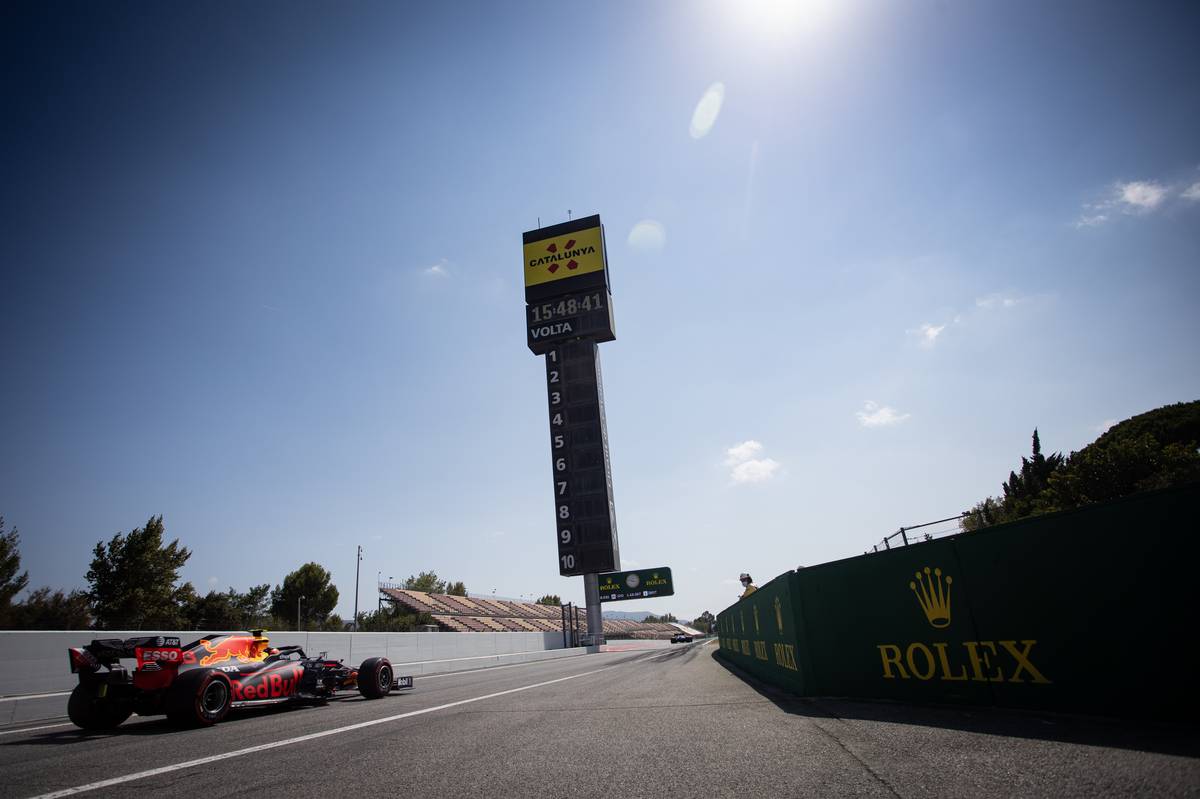 Verstappen's team mate Alex Albon struggled to keep up with the Dutch driver's pace, but nonetheless made it through to the final round of qualifying and will line up in a solid sixth place on the grid. However he was less than thrilled with his performance.

"Okay. Not great, but it as okay. I obviously wanted a bit more from that," he conceded. “I actually felt better on the used tyres on the first run and the second run, so we’ll have to see what was going on. But yeah, it was okay.”

Albon had been consistently better in race trim, and hopes that Red Bull's tyre management will give them an upper hand again this weekend just as it did seven days ago at Silverstone.

“I think here the degradation is a bit more aggressive," he suggested. "Last weekend was more about blisters, here is about pure deg.

“We hope others run into blister issues and we don’t' he added. "Otherwise if it’s a pure deg race I think it won't be as clear - I think the Mercs will be really strong.”

The post Third place 'subscription' best we can do - Verstappen appeared first on F1i.com.