Today, Qatar Airways is one of the world’s most revered passenger-carrying airlines. The Doha-based carrier’s present long-haul fleet… 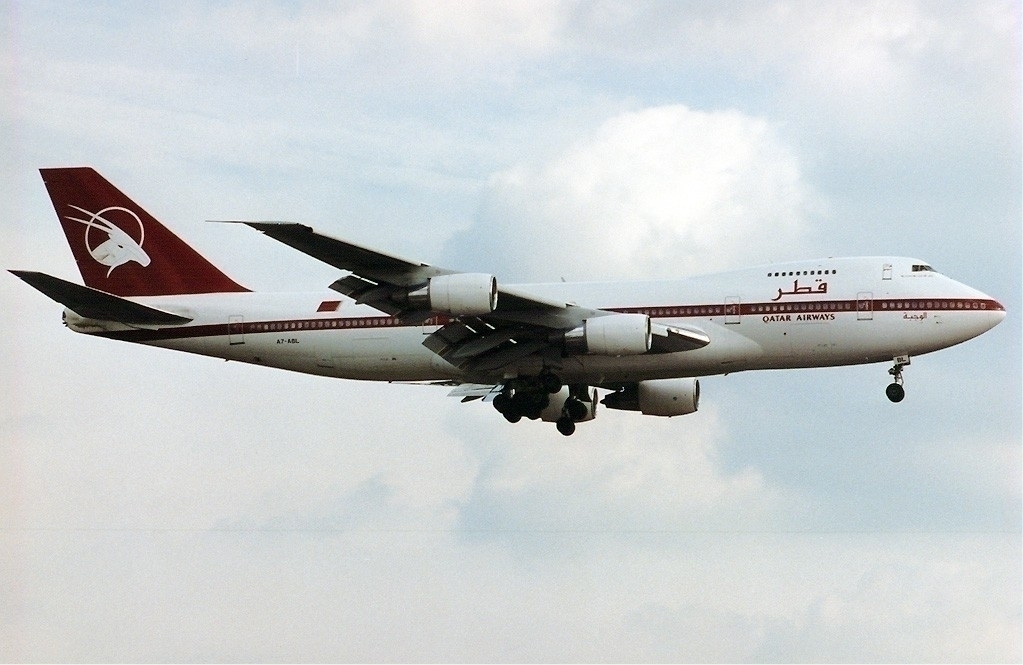 Today, Qatar Airways is one of the world’s most revered passenger-carrying airlines. The Doha-based carrier’s present long-haul fleet consists of aircraft from both Airbus (A350 and A380) and Boeing (777 and 787). However, did you know that it also used to operate a handful of Boeing 747s? Let’s take a closer look at the Queen of the Skies’ time with Qatar Airways.

Where did they come from?

According to Planespotters.net, Qatar Airways has flown a total of three passenger-configured 747s. All of these aircraft arrived at the carrier second-hand in the middle of the 1990s. The first arrival was a Boeing 747-100SR (A7-ABK), which arrived on June 12th, 1995.

The SR was a special short-range derivative of the original 747-100, designed for the busy Japanese domestic market. Therefore, it is unsurprising that its previous operator was Japan’s ANA, which had flown it with a dense 528-seat two-class configuration since 1978. This was also the case for A7-ABL, which arrived just nine days later, on June 21st, 1995.

Where did they go?

Unfortunately, Qatar Airways’ relationship with its 747s was a rather stop-start affair. Indeed, It leased A7-ABK out on two separate occasions. The first of these took it to Air Afrique for a month in 1997, followed by a longer spell at Saudi Arabian Airlines from April 1998 to February 1999. A7-ABL was also leased to the latter of these carriers, from March 1998 to March 1999. Having returned to Qatar Airways, these aging aircraft were eventually scrapped.

A7-AMB had a more varied history. Just nine months after its arrival, it was transferred to serve as a VIP aircraft for Qatar Amiri Flight in November 1996. It served here for four years, before being acquired by the Yemen Government for a similar role. Sadly, it was damaged beyond repair during fighting at Aden Airport in 2015.

Still a 747 operator for cargo

While Qatar Airways’ days of flying passenger-carrying 747s are long gone, the type lives on with the airline as a freighter. Indeed, the carrier’s airfreight division, Qatar Airways Cargo, flies two 747-8F aircraft. These are from Boeing’s most recent iteration of the type.

The first of these, A7-BGB, arrived at the airline in September 2017, having not been taken up by Azerbaijani carrier Silk Way West Airlines. At the time of writing, RadarBox.com reported that its last flight was an eight-hour leg from Hong Kong to Doha on April 12th.

Meanwhile, A7-BGA arrived around three months later, in December 2017. This aircraft is somewhat older than its counterpart, having flown for Boeing from January 2013 until its transfer to Qatar Airways cargo. At the time of writing, data from RadarBox.com showed that this aircraft was in flight from Doha to Shanghai.

Did you ever fly on one of Qatar Airways’ passenger-carrying Boeing 747s? If so, can you remember which of the three it was, and where it took you? Let us know your thoughts and experiences in the comments!