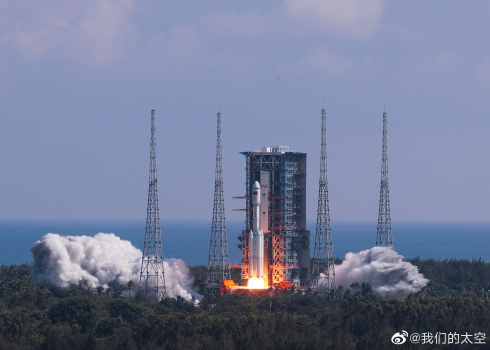 China successfully launched a Long March 7 from the Wenchang Satellite Launch Center at 07:10 UTC (3:10 PM Beijing time), beginning its journey to the Chinese Space Station. The spacecraft then docked to the station just under seven hours later.

This launch of the Tianzhou-3 spacecraft comes days after the successful return of the Shenzhou-12 crew, who landed on September 17. Nie Haisheng, Liu Boming, and Tang Hongbo spent 93 days in space and landed in the Gobi Desert, located in Inner Mongolia near the town of Dongfeng.

The Tianzhou-3 spacecraft brings 5.6 tons of supplies up to the Tianhe core module of the Chinese Space Station (CSS). Some of these supplies include propellant for the station, consumables, and one EVA suit. These supplies will be used by the Shenzhou-13 crew, who are scheduled to launch to the station on a Long March 2F/G from the Jiuquan Satellite Launch Center on October 13.

Tianzhou-3 is the third Tianzhou spacecraft and the second to fly to the new Chinese Space Station. The spacecraft is similar to the retired European Automated Transfer Vehicle, American Cygnus, and Russian Progress vehicles, as it is used to bring up supplies to the station and is then disposed of in the atmosphere, full of trash. 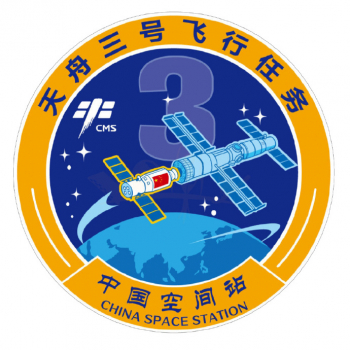 The mission patch for the Tianzhou-3 mission

The service module is five meters in length and has a pressurized cargo area. The Tianzhou spacecraft is equipped with a docking apparatus similar to the Russian Androgynous Peripheral Attach System (APAS).

Just like the Russian Progress spacecraft, Tianzhou is able to transfer fuel from the module to the station.

The first launch of the type, Tianzhou-1, launched on April 20, 2017, on a Long March 7 from Wenchang. Two days later, Tianzhou-1 docked at the Tiangong-2 space station. While docked, the spacecraft demonstrated on-orbit refueling capabilities. A second docking also occurred.

After three months of free-flight, Tianzhou-1 reentered the atmosphere on September 22, 2017.

Tianzhou-2 launched on May 29, and docked to the aft port on the Tianhe core module later that day, becoming the first vehicle to dock to the new Chinese Space Station.

Supplies on the spacecraft supplied the crew of Shenzhou-12, who arrived at the station on June 17. On September 29, the Tianzhou-2 spacecraft undocked from the aft port on Tianhe and relocated to the forward port.

The Long March/Chang Zheng 7 rocket is one of China’s newest rockets and does not use hypergolic propellants found in many other Chinese launch vehicles.

The first stage has two YF-100 engines, which run on RP-1 Kerosene and Liquid Oxygen (LOX). The four side boosters on the Long March 7 each have one YF-100 engine.

The second stage on the Long March 7 has four YF-115 engines.

In August, the Long March 7 rocket was shipped to Wenchang. Once at China’s Hainan launch site, the launch vehicle was assembled vertically in an integration facility near the launch pad. 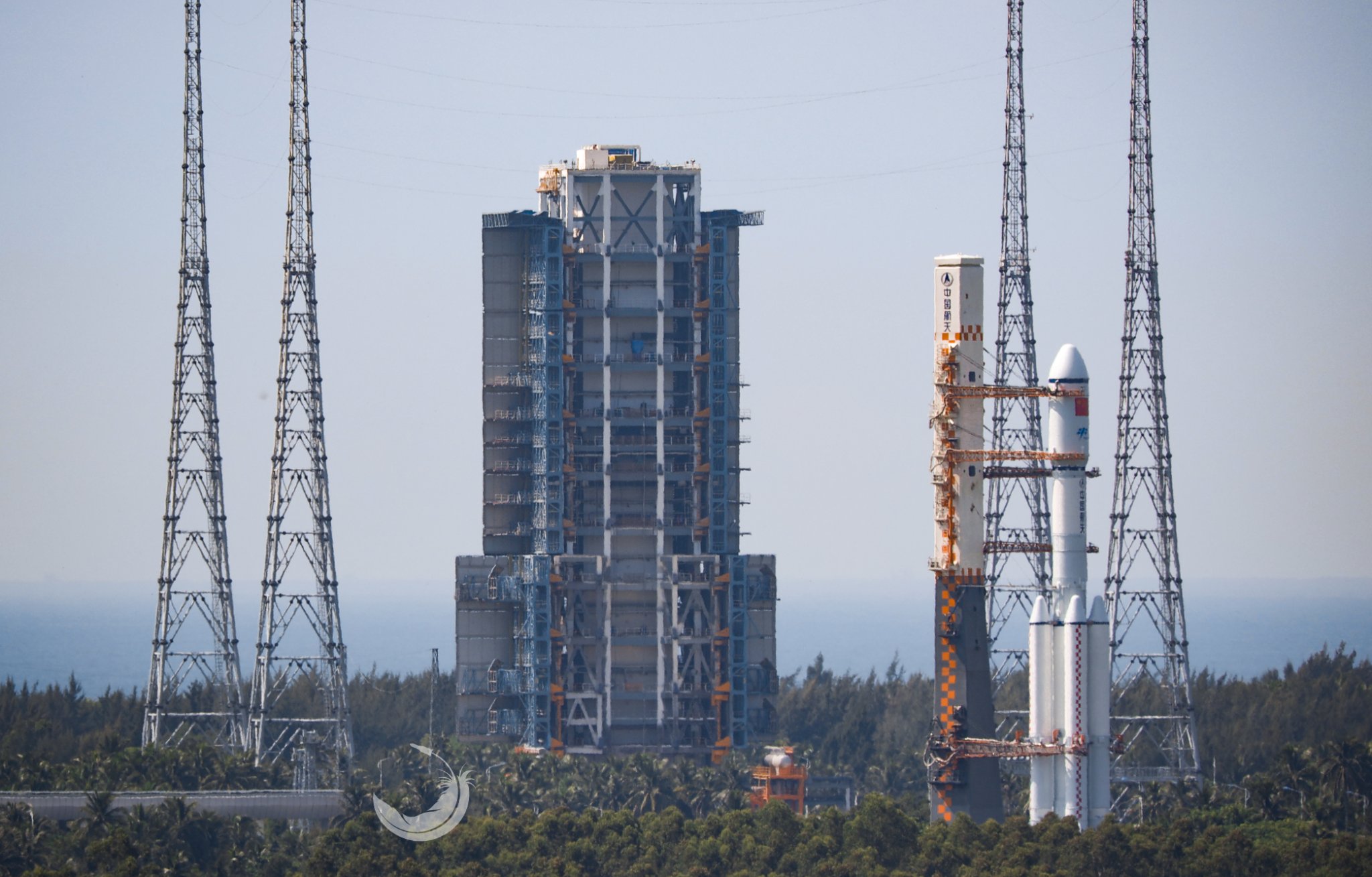 The launch vehicle rolled out to the pad on September 16

On September 16, Tianzhou-3 was rolled out to LC-201 at Wenchang, atop the Long March 7 launch vehicle. Once at the pad, the rocket was enclosed by three gates on the fixed service structure.

As the countdown continued, LOX and RP-1 loading on the launch vehicle began. At T-3 hours, the upper-level gate opened, exposing the payload fairing section of the launch vehicle. An hour before launch, the lower-level gate was opened, exposing the engine section of the Long March 7. At the T-45 minute mark, the middle gate was opened.

Prior to engine ignition, the water suppression system at the pad was turned on, and then the six YF-100 engines on the core stage and the boosters ignited. At T-0, the Long March 7 lifted off from Wenchang.

Soon after liftoff, the launch vehicle rolled to the proper launch azimuth to take the Tianzhou-3 spacecraft to the proper 41.6-degree inclined orbit. As the vehicle headed downrange of Hainan Island, the vehicle traveled over the South China Sea and east of the Paracel Islands. 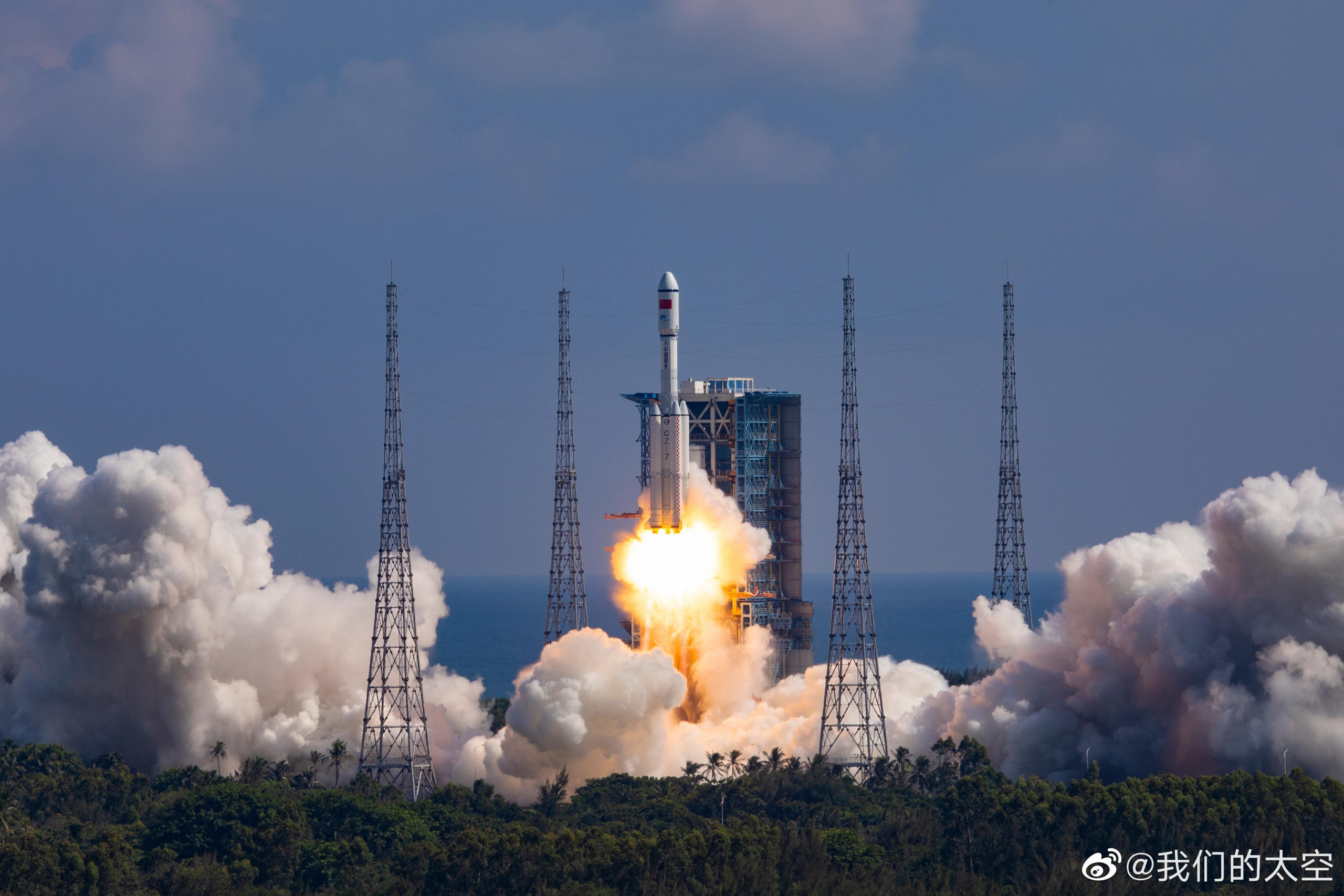 The launch vehicle passed over the Philippines, just southwest of the capital of Manila.

The second stage inserted the Tianzhou-3 spacecraft into an initial orbit of around 200 x 332 kilometers. Tianzhou-3 then deployed both solar arrays and the communications antenna. The spacecraft then spent around 6.5 hours raising its orbit for rendezvous with the Tianhe core module.

The Tianzhou-3 spacecraft successfully docked to the aft port on the Tianhe core module at 14:08 UTC.

(Lead photo: Tianzhou-3 launches from Wenchang on a Long March 7)

We Found the Perfect Spot to Land our Moon Rover

Picture of the Day 19/09/2021 - domed oasis and human colony on Mars by Australian graphic designer Steven Hobbs. More of his Mars art here. 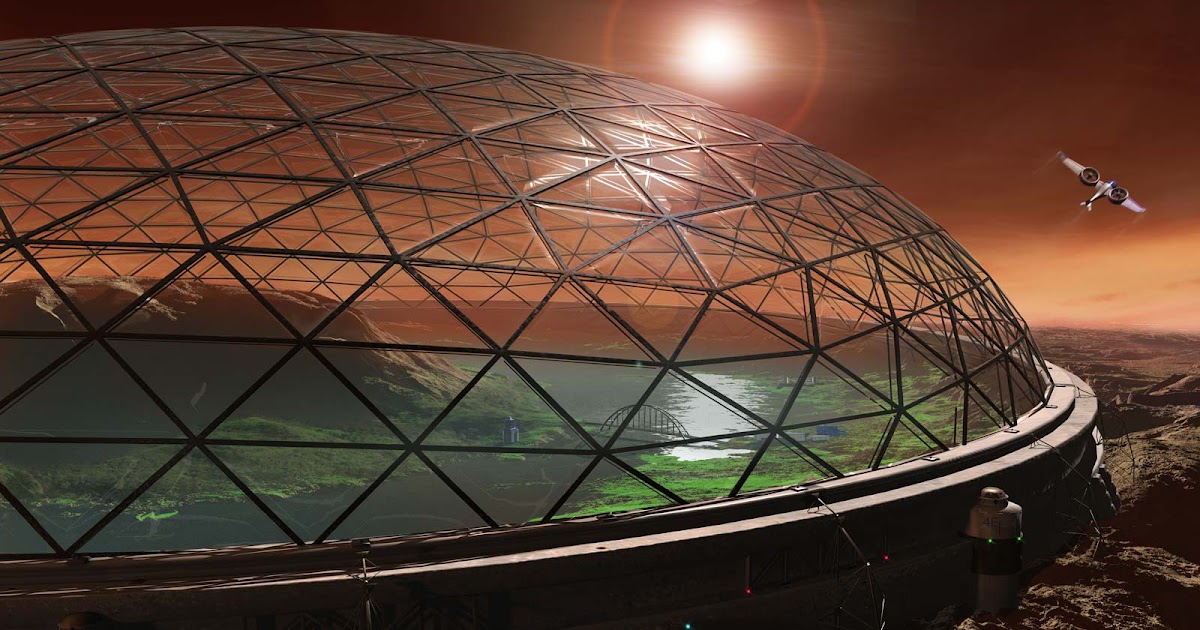 Picture of the Day 19/09/2021 - domed oasis and human colony on Mars by Australian graphic designer Steven Hobbs. More of his Mars art here.

Rare &amp; Record-Breaking Black HolesWhile even the most...

Starship SN8 hoping for speedy return to testing as additional...

Mars Express and the case of the large, mysterious Martian... 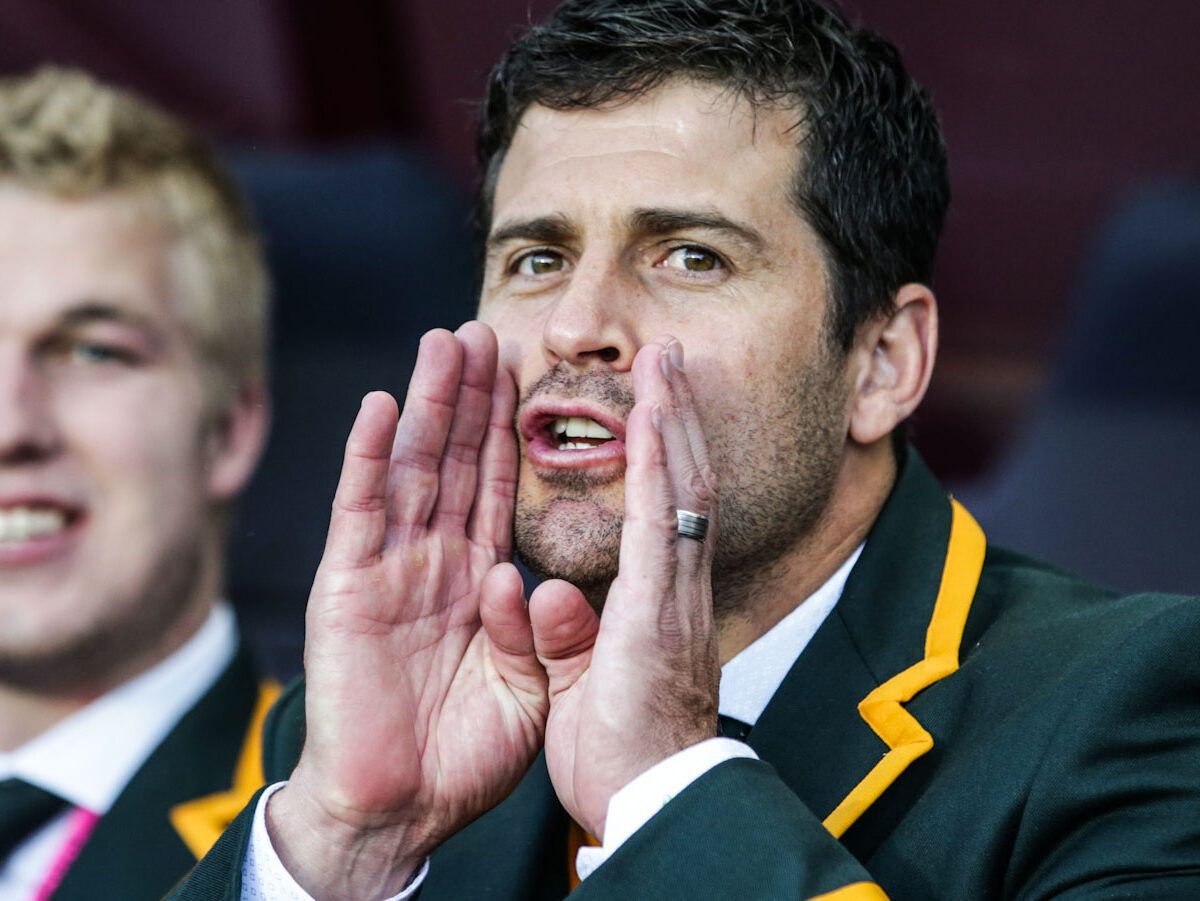 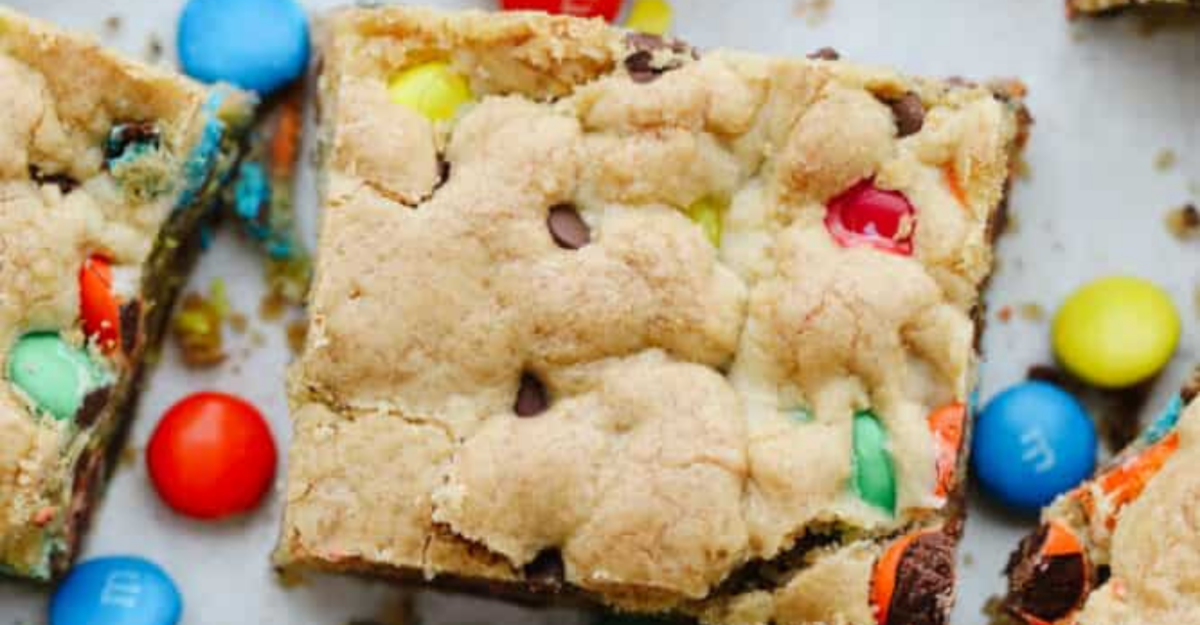 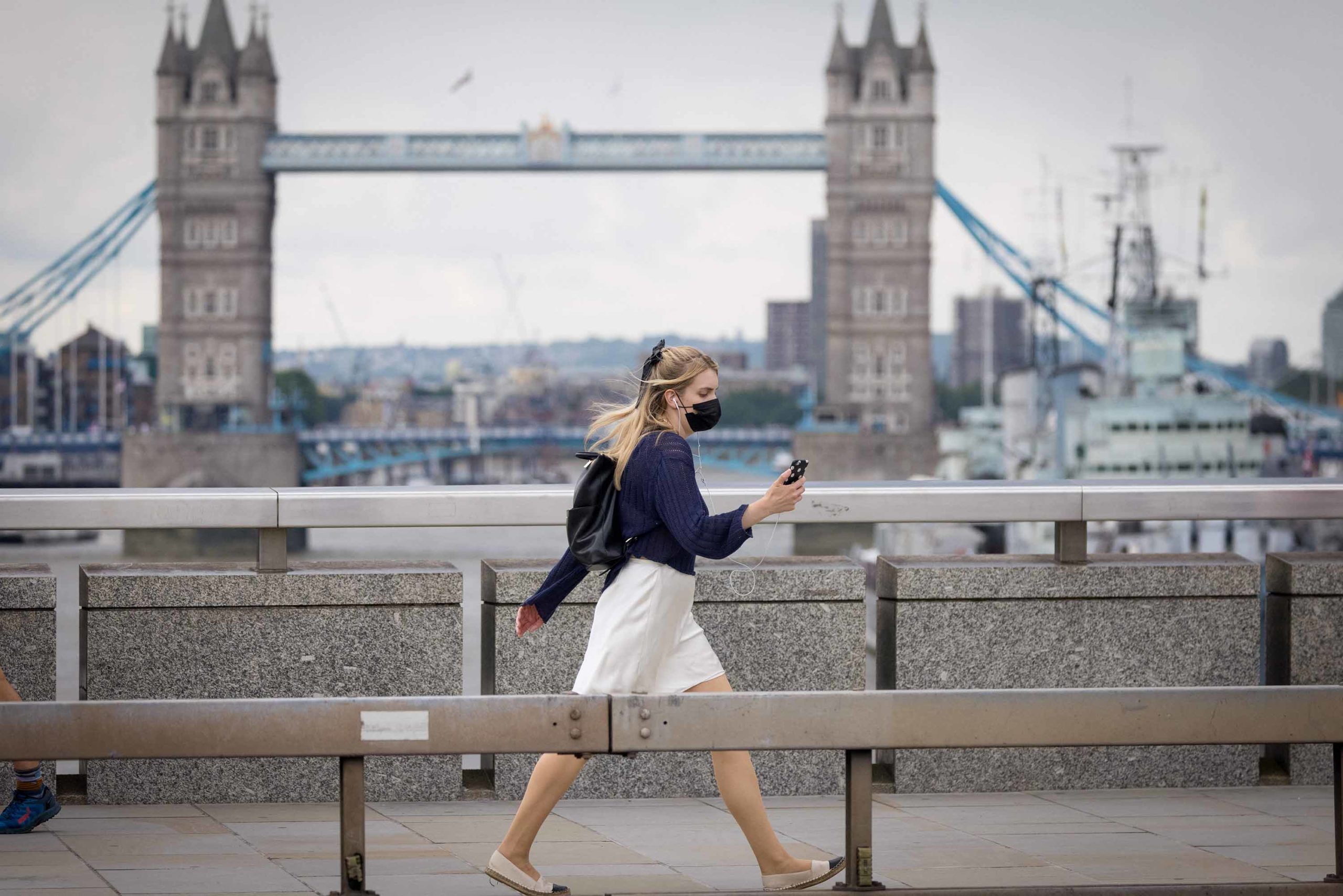