It's been almost a year since Tiger Woods tied Sam Snead's mark of 82 career PGA Tour victories. To be more precise, it's been 355 days (...) 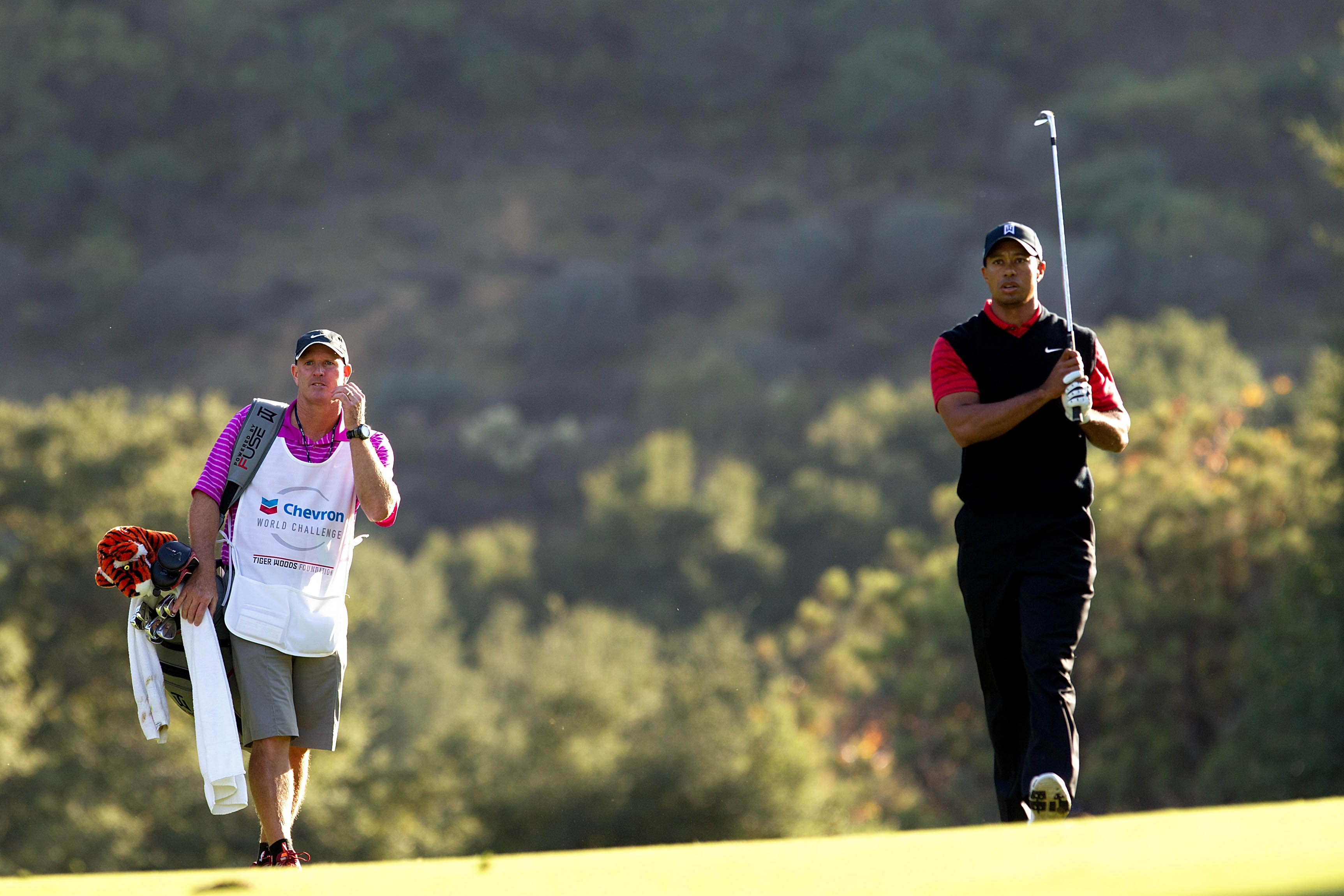 It’s been almost a year since Tiger Woods tied Sam Snead’s mark of 82 career PGA Tour victories. To be more precise, it’s been 355 days since Woods hoisted the trophy at the inaugural Zozo Championship.

He’ll get the chance to get No. 83 this week at a place he’s familiar with: Sherwood Country Club just outside Thousand Oaks, California. Woods hosted the Hero World Challenge at Sherwood from 2000-2013.

The 44-year-old’s 82nd win is his most recent victory on Tour. Since that win, Woods has played seven times, finishing fourth at the Hero World Challenge, T-9 at the Farmers Insurance Open and 68th at the Genesis Invitational. After the Tour paused its season in March due to the coronavirus pandemic, Woods competed four times. His best finish was a T-37 at the PGA Championship. He did not make the Tour Championship after finishing T-51 at the BMW Championship.

Tiger Woods plays from the fairway of the 18th hole during the second round of the 2011 Chevron World Challenge at Sherwood Country Club. Photo by Allan Henry-USA TODAY Sports

The 15-time major champion most recently missed the cut at the U.S. Open last month after shooting rounds of 73-77 at Winged Foot.

“I am excited to defend my title at the (Zozo Championship,)” Woods wrote on Instagram about three weeks ago on the day he committed to the event. “It is disappointing that we will not be able to play in Japan this year, but Sherwood Country Club will be a great backdrop for what I know will be a great Championship.”

Last year’s Zozo was the first-ever Tour event in Japan. This week, the Zozo will make a one-time stop at Sherwood, one of the many changes to the golf schedule brought on by the global coronavirus pandemic.

Adam Scott out of Zozo Championship after positive COVID-19...