Take out a combined 108 Test caps and replace them with… zero. For a must-win Test against the All Blacks. As a wise man once said to Cotton, it’s a bold strategy; let’s see if it pays off. It’s not like Wallabies coach Dave Rennie had many other options. Had injuries not struck down Matt […] 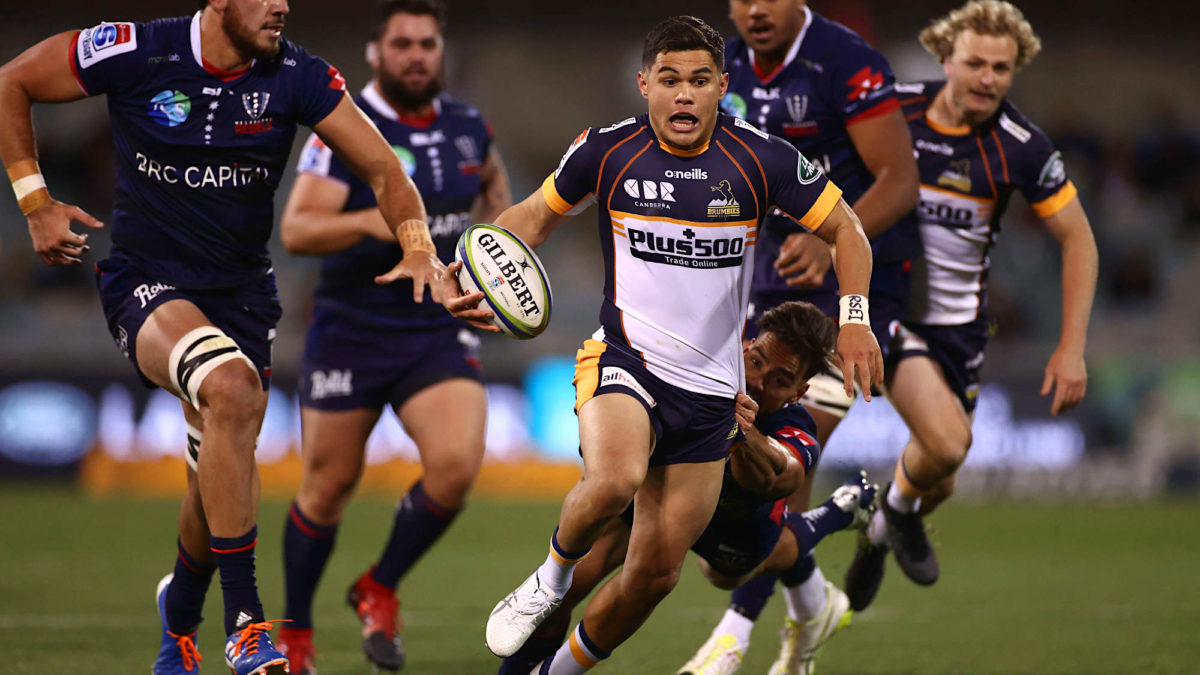 Take out a combined 108 Test caps and replace them with… zero. For a must-win Test against the All Blacks.

As a wise man once said to Cotton, it’s a bold strategy; let’s see if it pays off.

It’s not like Wallabies coach Dave Rennie had many other options. Had injuries not struck down Matt To’omua and James O’Connor for Bledisloe 3, there’s no doubt that experienced playmaking axis would have been used for the third match in a row.

As it was, they were unavailable, and so Rennie really had no choice but to go with the uncapped duo of Noah Lolesio and Irae Simone at flyhalf and inside centre respectively.

“Sink or swim” was tossed around a bit after yesterday’s announcement, as was “trial by/baptism of fire”. The latter seems to be underselling the task ahead of the duo. How about “trial by apocalyptically devasting, raging inferno”? No? Too wordy? Fair enough, but you get the idea. In the same way Rennie has been dealt the toughest of initiations to Test match rugby, so too have Lolesio and Simone, thrust into the starting XV against the best team in the world.

The Wallabies were always likely to blood a number of debutants this season, but even so Rennie seemed to be going about it in a fairly measured way. When three were named in the run-on side for Bledisloe 1, all were sensible selections: Harry Wilson and Filipo Daugunu two of the best players in Super Rugby AU, and Hunter Paisami a pragmatic option with the first-choice outside centre unavailable.

There was still a good helping of experience – or at least as much as could be expected given the post-World Cup exodus at the end of 2019 – to support the players lacking it.

That remains in the forwards where, after just one change each to the starters and their back-ups, it seems Rennie is getting close to settling on his preferred pack.

Questions do remain up front. Rob Simmons hasn’t done much in the two Bledisloes to justify picking a lineout operator instead of the more athletic, physical Trevor Hosea on the bench, while Fraser McReight’s inclusion leaves the back-row balance off in a way Pete Samu wouldn’t; with McReight, either Harry Wilson has to play the full 80 or it leaves the Wallabies with a small trio of loosies, as was the case with Liam Wright at Eden Park.

But for all that, the pack is starting to become a settled unit.

The backline, though, is experienced in the same way I’m a good rugby player: not in the slightest.

New Zealand’s starting halves have more Test caps between the two of them than the entire cohort of Wallabies backs, and five of those Australians weren’t even in last year’s World Cup squad.

That Jordan Petaia – who, generational talent though he might be, is just a 20-year-old with four internationals to his name – was an automatic pick at 13 after proving his fitness in Auckland, is a clear indication that this is a side in transition.

Experience, though, as Wallabies fans have seen far too often in seasons past, isn’t necessarily an indicator of success on game day. And there’s still plenty to like about the side selected by Rennie for tomorrow night.

Foremost among those factors is Lolesio and Simone formed the best 10-12 combination in Australian Super Rugby this season. The former’s hamstring injury robbed them of a lot of time playing together in the AU competition, but there’s undoubtedly a strong understanding between the two of them. 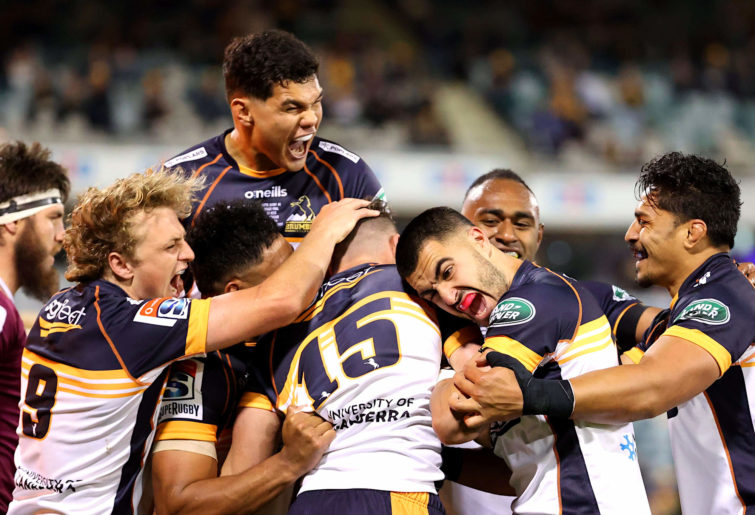 Some have pointed out the combination extends further to scrumhalf, but that’s a stretch. Even though they’re ACT teammates, Lolesio and Nic White have played a grand total of 29 minutes together, and that was the least-assured half-hour of the Brumbies’ Super Rugby AU final win.

A more positive takeaway from the final is how Lolesio stepped up after a long stint out with injury, turning in a man-of-the-match performance in his first game in two months – and a final, the biggest game of his short professional career, at that.

Can he do it on a cold, rainy night against the All Blacks though?

Although it’s a number of steps up from the decider against Queensland, he’ll have the advantage this time of playing without expectation. After all, who’d expect this All Blacks side to be troubled by a couple of rookie playmakers?

Rennie might have said “We’ve certainly got an eye for the future, but it’s also about winning on Saturday,” but the reality is that, with his two most experienced playmakers sidelined, that is a considerable longshot.

Win on Saturday or not, Bledisloe 3 will tell us exacty how four more young Wallabies will take to the Test arena. It’ll show us how an Australian backline, sans their two most experienced players, will look to attack a New Zealand side far more wealthy in caps and, if we’re being completely honest, skill.

Promising signs in either of those areas will indicate that the future Rennie mentioned isn’t too far away.

How to improve the match-day experience

Griffin sees Hunt back in No. 7 jersey

Sharni Williams recommits to sevens ahead of Tokyo Olympics