Tom Cruise Packing On The Pounds After Hayley Atwell Broke Up With Him?

The source says Cruise has been "gorging on curries" since the split. 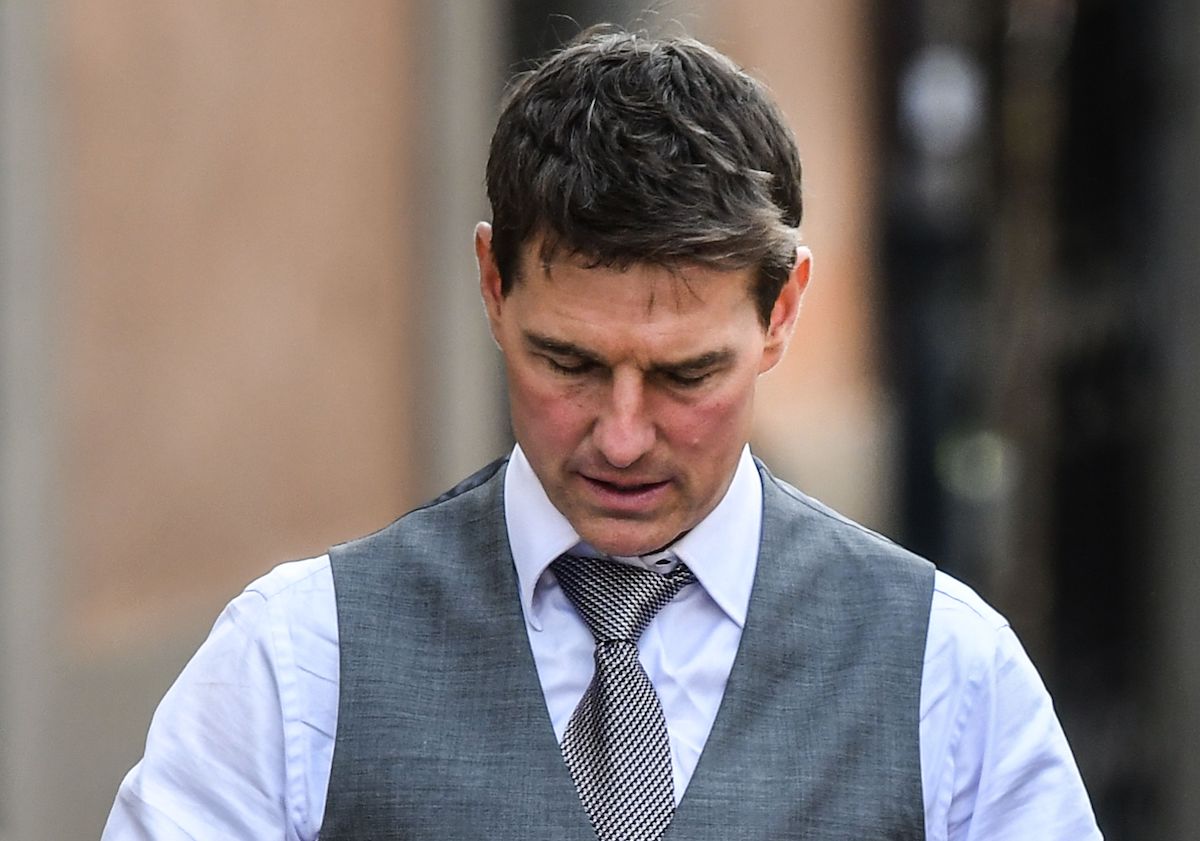 Is Tom Cruise packing on the pounds “to soothe his bruised ego” after Hayley Atwell broke up with him? According to one tabloid, Cruise is “eating three times as much” as he used to, and it’s starting to show. Gossip Cop is looking into the rumor to see whether or not it’s true.

Is Tom Cruise’s Weight Gain ‘Wreaking Havoc On His Waistline’?

According to the National Enquirer, Tom Cruise is finding a little too much comfort in food after co-star Hayley Atwell dumped him. The magazine claims Cruise is “downing three gut-busting meals a day” while he and Atwell continue to film Mission: Impossible 7. After weeks of “gorging on curries, Chinese takeout, and pub food,” Cruise is supposedly “crushing the scales at 190.”

Per sources close to the Top Gun actor, the 20-pound weight gain stems from Atwell breaking his heart. “With Hayley calling time on their romance, he’s feeling dumped and humiliated, and eating is a way out of the doldrums,” an insider snitches. Although the source says Cruise is still “a strong and muscular guy,” the added weight “is making him look bloated and uncomfortable.” Apparently, insiders are concerned that if Cruise doesn’t slow down on the binge eating soon, “they’ll have to redo his wardrobe” for the next Mission: Impossible movie.

What’s Going On With Tom Cruise?

The amount of holes in the National Enquirer’s latest publication on Tom Cruise is almost funny. First, the claim that Cruise is heartbroken over Atwell can’t be trusted, as there was never any confirmation they were ever even in a relationship. Also, even if they were, Cruise is a seasoned professional. It doesn’t seem likely he’d spiral out of control after a short-lived “romance” ended.

The second problem with the narrative is the whole “20-pound weight gain” detail. In the past, Cruise has publicly stated he brings a gym with him on set and maintains an incredibly strict diet when he’s working on films. So strict, in fact, that Cruise sends cakes to his co-workers to find out how good they are because he can’t eat sugar himself. Even if Cruise did gain a little weight, he’s approaching 60; he’s allowed to look a little puffed up from time to time.

Other Relationship Rumors About Tom Cruise

Another reason to discredit the Cruise-Atwell relationship rumors is the National Enquirer’s unreliable history reporting on Cruise’s love life. For example, a couple of years ago, the tabloid said Cruise was secretly dating another co-star, Sofia Boutella. Apparently, the couple wanted to keep things so lowkey they were even wearing disguises to hide their relationship. Like today’s story, this was only an opportunity for a tabloid to drop some juicy (and false) gossip. 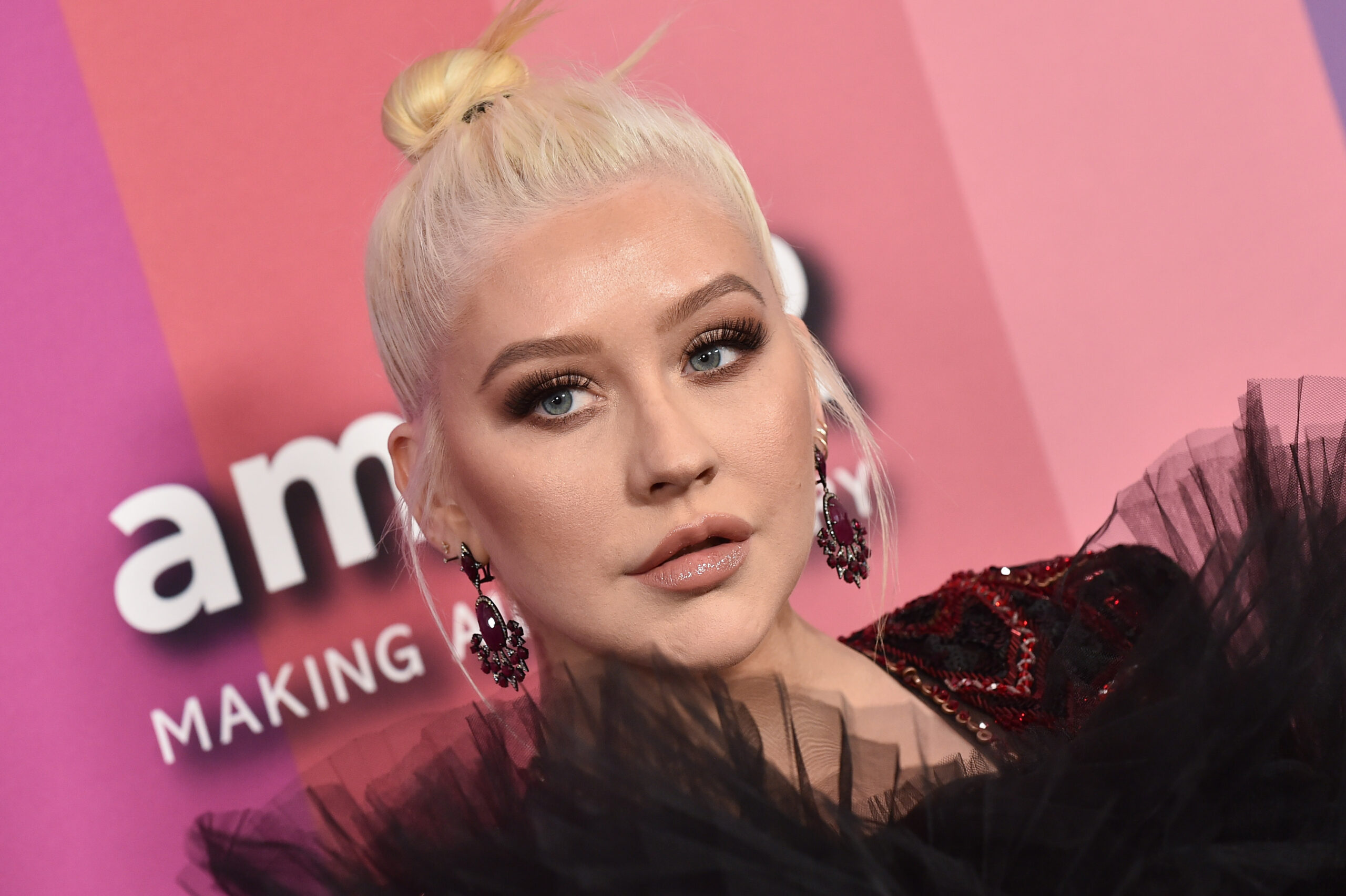 Fans of Christina Aguilera may have to take a few extra moments to identify the singer in her recent Instagram post. Aguilera switched up her usual blonde-haired look for something completely different, and fans have thoughts.

Today, Christina Aguilera surprised her followers and fans with a brand new look. Instead of her usual platinum blonde hair, the singer’s locks were dyed an auburn red. In the photo, Aguilera is seen sitting down as she rests her arms on the table in front of her. As her left hand lay on the table, Aguilera positioned her right hand on her chin gently.

As Aguilera gazed into the camera, her new red hair laid down both sides of her chest. What made her new hair color pop even more was that her outfit was primarily darker colors. In addition to a black tank top of sorts, Aguilera also sported elbow-length black gloves.

Based on the post’s comments section, Aguilera’s fan certainly enjoyed the new hair color she’s trying out. “I’m so in love with this new look,” one follower wrote. Despite the fact that she looked almost unrecognizable, Aguilera’s new red hair has her fans’ stamp of approval. But why did the pop star change her look?

What Is Christina Aguilera Working On?

So why did Christina Aguilera shock her fans with a radical new hair color? Based on the caption of the post, Aguilera is gearing her fans up for her latest song. The newest song is entitled ‘Pa’ Mis Muchachas,’ and Aguilera has been promoting the track for the past few days.

In addition to the song’s title in the Instagram caption, Aguilera also wrote “Viernes,” which means Friday in Spanish. Also, Latin artists Becky G, Nicki Nicole, and Nathy Peluso were tagged in the caption. So, it appears as if fans can expect a new Latin-themed song from Aguillera this Friday!

Is Christina Aguilera Going Back To Latin Music?

The song Aguilera advertised in her latest Instagram post is just the beginning of a new album the Grammy-winning artist is working on. In April, Aguilera revealed a second Spanish-influenced album was “overdue,” as it’s been over two decades since Mi Reflejo dropped.

“It’s a big deal right now, and it’s really nostalgic and part of my Latin culture and history,’ the singer told Billboard in July. “So this is really, really fun to get into some family roots and explore who I am now as a woman musically. Things are coming from a different approach.”

Teen Moms: Where Are They Now? Seasons 1–8, Teen Mom OG

This click of Priyanka Chopra Jonas and Deepika Padukone...

Exclusive: Iulia Vantur would like to raid Lady Gagaâs...

Julia Roberts Ditching Hollywood To Become The Next Erin...