Toni Hakula considers himself "fully Texan." After all, he's lived in Austin, Texas, for a decade. Hakula attended the University of Texas, (...) 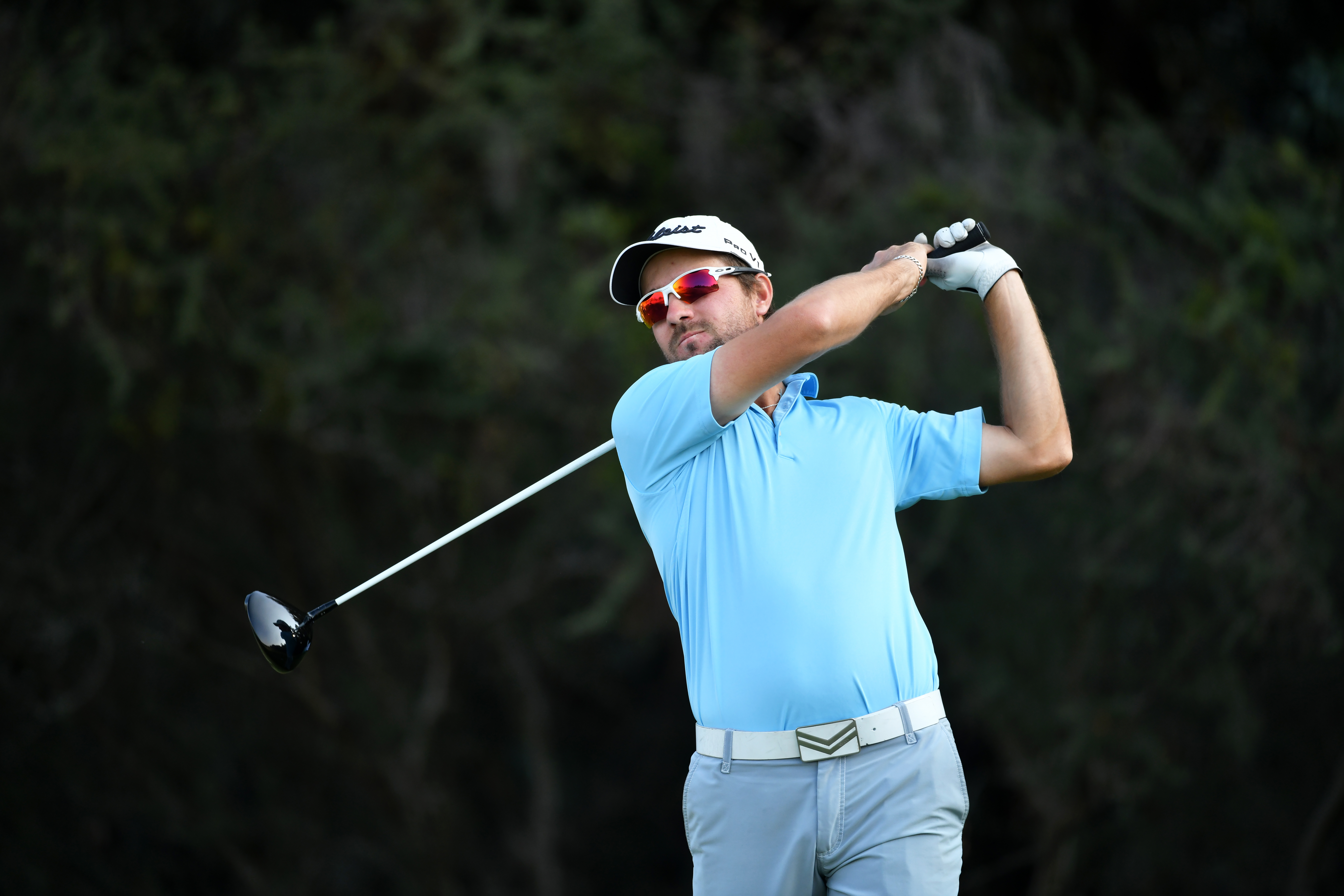 Toni Hakula considers himself “fully Texan.” After all, he’s lived in Austin, Texas, for a decade. Hakula attended the University of Texas, graduating in 2014 with a degree in economics. Curiously, his sports allegiances lie with the Pittsburgh Penguins, Denver Broncos and incumbent NBA champion Los Angeles Lakers.

Unlike most of his fellow Austinites, however, Hakula (pronounced HOCK-you-luh) grew up in Espoo, the second-largest city in Finland. The 29-year old speaks four languages: English, Finnish, Swedish and German. In another life, he might have wanted to turn pro in hockey or tennis.

In this world, however, golf is — and always has been — his true love.

“I believe I started (playing golf) when I was about four years old,” Hakula said. “I played a couple other sports growing up too, but I think when I was around 13 is when I had dropped everything else. I definitely had a lot of success growing up as a kid. I’ve always been very competitive in that sense.”

After high school, Hakula became a member of the Texas Longhorns men’s golf program. He admits that his first few months in the United States were “absolutely a little tricky” as he got used to living in a culture worlds apart from the one in which he was raised.

So what made acclimatization easier for the team’s lone freshman in 2010? It was the people around him, from teammates to coaches to academic staff. Hakula credits them all with helping him settle in and get his new life rolling.

And he rolled indeed.

In 2011, Hakula was named Big 12 Newcomer of the Year. A season later, he was part of the Texas national championship team alongside a trifecta of current PGA Tour players: Jordan Spieth, Dylan Frittelli and Kramer Hickok. Hakula went 2-1 in the 2012 championship run as Frittelli clinched the Longhorns’ third NCAA title with a 30-foot putt on the 18th hole against top-seeded Alabama.

“Oh, that year was absolutely amazing,” Hakula said. “Really all four years that I was at school, we had solid teams, we had a lot of good guys. The guys who played on that team are PGA Tour winners.”

Spieth is obviously the most decorated of Hakula’s former teammates. His recent struggles have been well-documented, but the 2015 FedEx Cup champion still has 11 PGA Tour victories under his belt. Frittelli owns one PGA Tour win (the 2019 John Deere Classic) and four international triumphs. Hickok is still seeking his first breakthrough on the big circuit, but has one Korn Ferry Tour win and two Mackenzie Tour titles.

“Seeing their success gives you more belief in your own doings,” Hakula said of his former teammates. “You know, it’s possible to (have success as a pro), and I can do that too.”

Not every athlete gets to live out his dream with family by his side, but Hakula has been fortunate. In 2013, his younger sister Anne (pronounced AW-knee) flew across the pond to join him at the University of Texas. Father Tommi and mother Helena moved stateside that year as well, and the whole family has since put down roots in Austin.

Anne herself became a Longhorn and joined the women’s golf team, where she played all four years until graduation. In 2015, she made the Big 12 Commissioner’s Honor Roll.

Siblings Toni and Anne Hakula are both former members of the Texas Longhorns golf program. Provided by the PGA Tour

“You know, when we were little kids, we were always very close,” said Hakula, who also attended the same high school as Anne. “She’s really followed me through the school system from elementary onwards to everywhere I’ve gone. It’s been really nice to have her around the whole time.

“Hopefully I was able to help her out a little bit when she got in (to Texas). Kind of got her through especially the first few months of school, knowing that it was a pretty tough transition.”

Along the way, Anne fell in love with Hickok, her big brother’s former teammate. In a few weeks, she will move from Austin to Dallas to join her fiance ahead of their planned December wedding.

Hakula and Hickok became friends during their three years together on the Longhorns roster. Since then, Hickok (a two-time All-Big 12 honoree) needed only three years to go from the Korn Ferry Tour to the PGA Tour. The teammates have stayed in touch and play golf together when they are able.

Hakula looks forward to Hickok and Anne’s wedding. “When they get married, we’ll have actual extended family who are all golfers as well so it kind of brings us all together.”

Finland is not a big golf country, and that meant Hakula’s junior golf career took him abroad on a regular basis. As an amateur, he pulled off two runner-up finishes against professional opponents in Denmark and finished T-18 at the 2008 Junior Players Championship at TPC Sawgrass in Florida.

The bulk of Hakula’s pro experience has since come on the PGA Tour Latinoamerica, where he won the 2018 Bupa Match Play and has a pair of top-10s to go with it. He feels that being accustomed with international travel has helped him make the most of his opportunity.

“Most golfers, or all of us, our goal is to be on the PGA Tour, and the PGA Tour plays all around the world,” said Hakula, who has already competed in Peru, Mexico, Jamaica, Chile and Brazil. “So having the chance to play PGA Tour Latinoamerica and traveling a lot I think will bode well when hopefully I get on the big tour.” 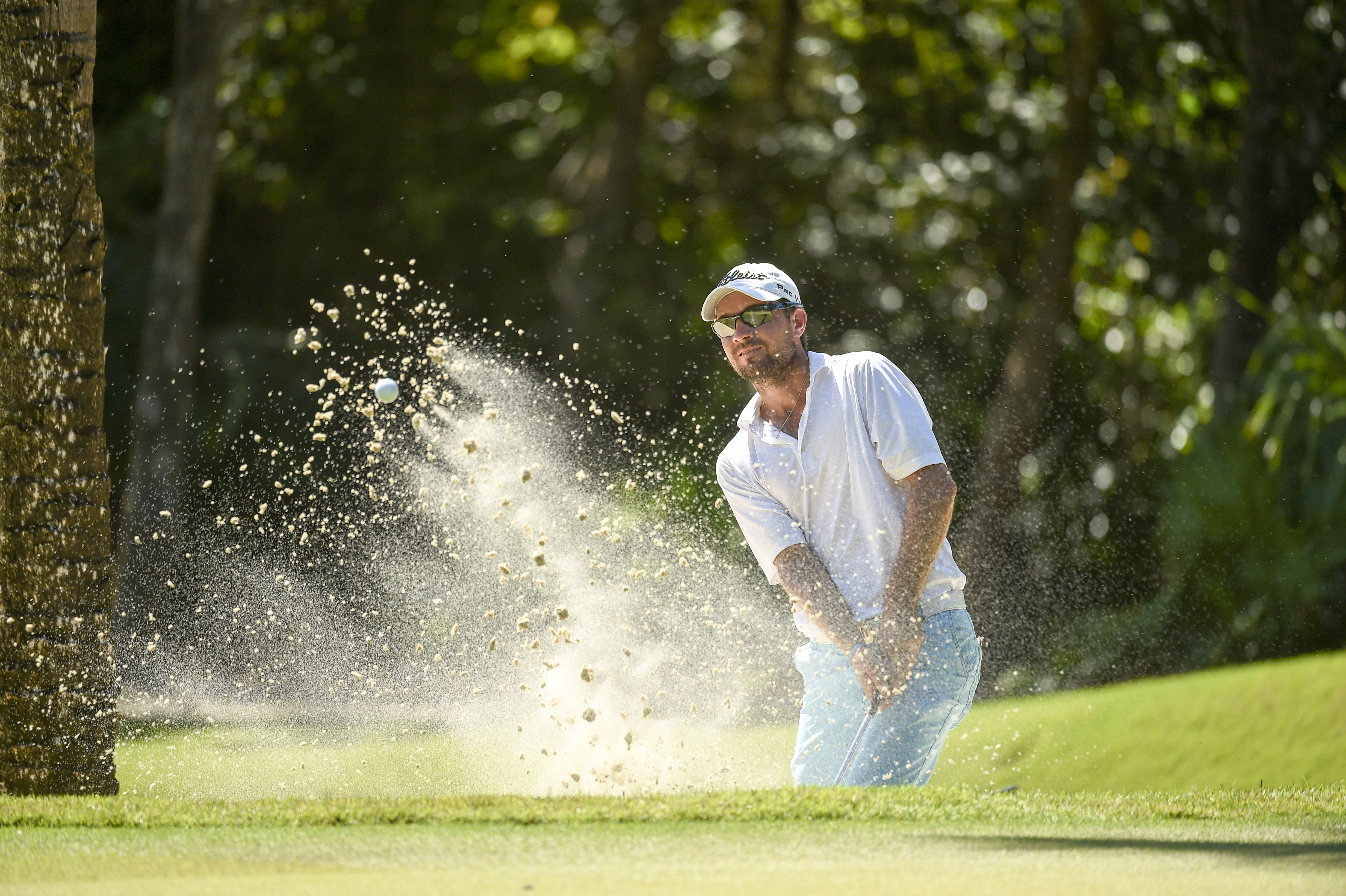 Hakula rode out the COVID-19 shutdown at home in Austin. He practiced his skills at the familiar University of Texas Golf Club, which was able to operate during the shutdown with health protocols in place.

COVID-19 did force several PGA Tour affiliates, including the Mackenzie Tour and PGA Tour Latinoamerica, to cancel or postpone their seasons. When news arose of a novel U.S.-based tour that would operate in lieu of them, Hakula was “fully in, 100 percent”.

Enter the LOCALiQ Tour, which materialized due to a collaboration between the PGA Tour and it’s management partners to bring back golf for players at all levels of the pro game. It kicked off in early August with the Alpharetta Classic in Georgia and was originally scheduled to conclude in late October with a season finale in the Bahamas. Due to logistical and health-related issues, the series championship was moved back three weeks to TPC Sugarloaf in Atlanta.

Hakula finds himself third in the LOCALiQ points standings with 675.667 (less than a single point ahead of fourth-place Hayden Shieh). Despite missing two consecutive cuts from late August to early September, he proved that he could hang with the best.

The Finn’s finest moment came during The Challenge at Harbor Hills in late September. There, Hakula carded a final-round 7-under 63, made only one bogey on his last 46 holes and broke a four-way tie to emerge victorious.

“I was very happy to obviously get the win,” said the former Longhorn, who also owns a T-5 finish on the LOCALiQ Tour. “I felt like my game was in great shape all summer, and just hadn’t quite closed out a tournament yet, so having done that at Harbor Hills, especially the way the last day went. We were all going after it, birdieing, and having to really clutch up to win the event was very cool.”

Hakula would have welcomed going to the Bahamas, but he doesn’t mind playing the series championship in Atlanta either. “It’ll be fun,” he said. “I still have the goal to be top two and hopefully get a PGA Tour exemption for next year. The whole series has been so great so far, I’m sure the last event’s gonna be icing on the cake.”

Regis Prograis Fully Prepared For Juan Heraldez: “I’m A Fuck This Boy Up”