A man, a woman and a teenager have been arrested after allegedly crashing a stolen car into a parked police vehicle in Adelaide's north. 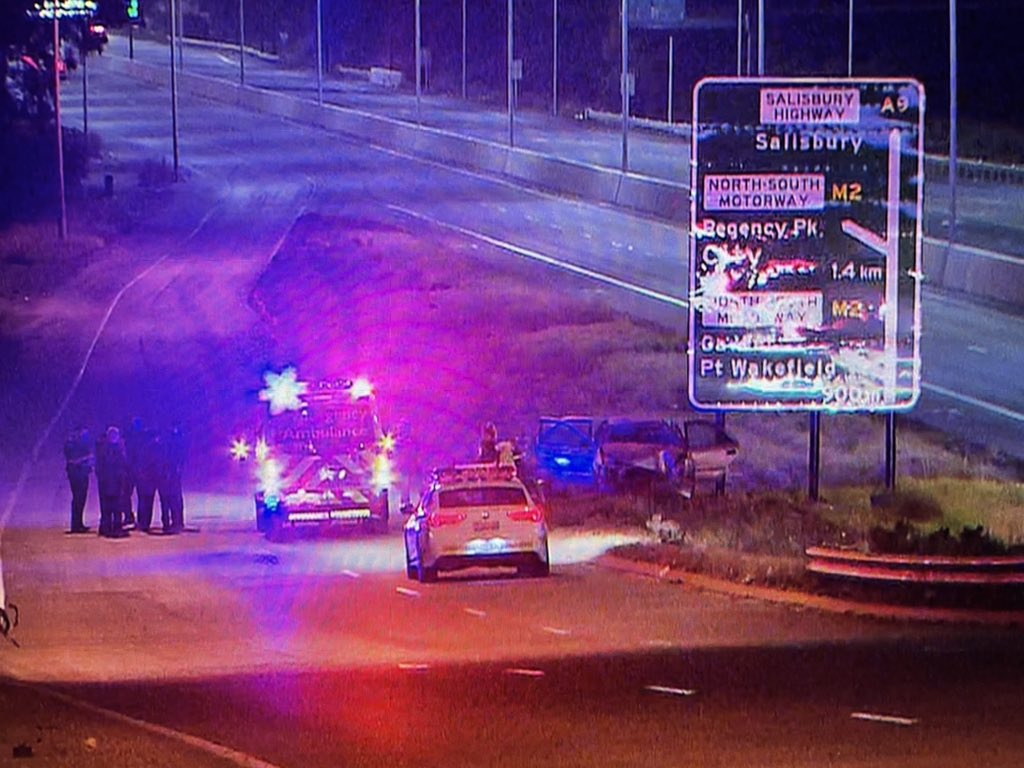 A man, a woman and a teenager have been arrested after allegedly crashing a stolen car into a parked police vehicle in Adelaide's north.

A pursuit was initiated and Polair tracked the car as it travelled through several suburbs towards North Adelaide.

Police deployed road spikes at the intersection of Mills Terrace and Hill Street, where the driver allegedly hit a parked police car before driving off again.

The driver took the car off the road to try and avoid the spikes, crashing into a street sign in the process.

The 18-year-old Taperoo man tried to run off. Leaving two passengers, a 19-year-old woman and a 17-year-old boy – both also from Taperoo – in the car.

All three were arrested and taken to hospital with minor injuries.

The alleged driver has been charged with illegal use and dangerous driving and was refused bail to appear at Port Adelaide Magistrates Court on Monday.

The teen boy was also charged with illegal use of a vehicle and will appear at Port Adelaide Youth Court on May 13.

The woman is also expected to be charged.