Vice President Mike Pence plans to maintain an aggressive campaign schedule this week despite an apparent outbreak of the coronavirus among his senior aides, the White House says. 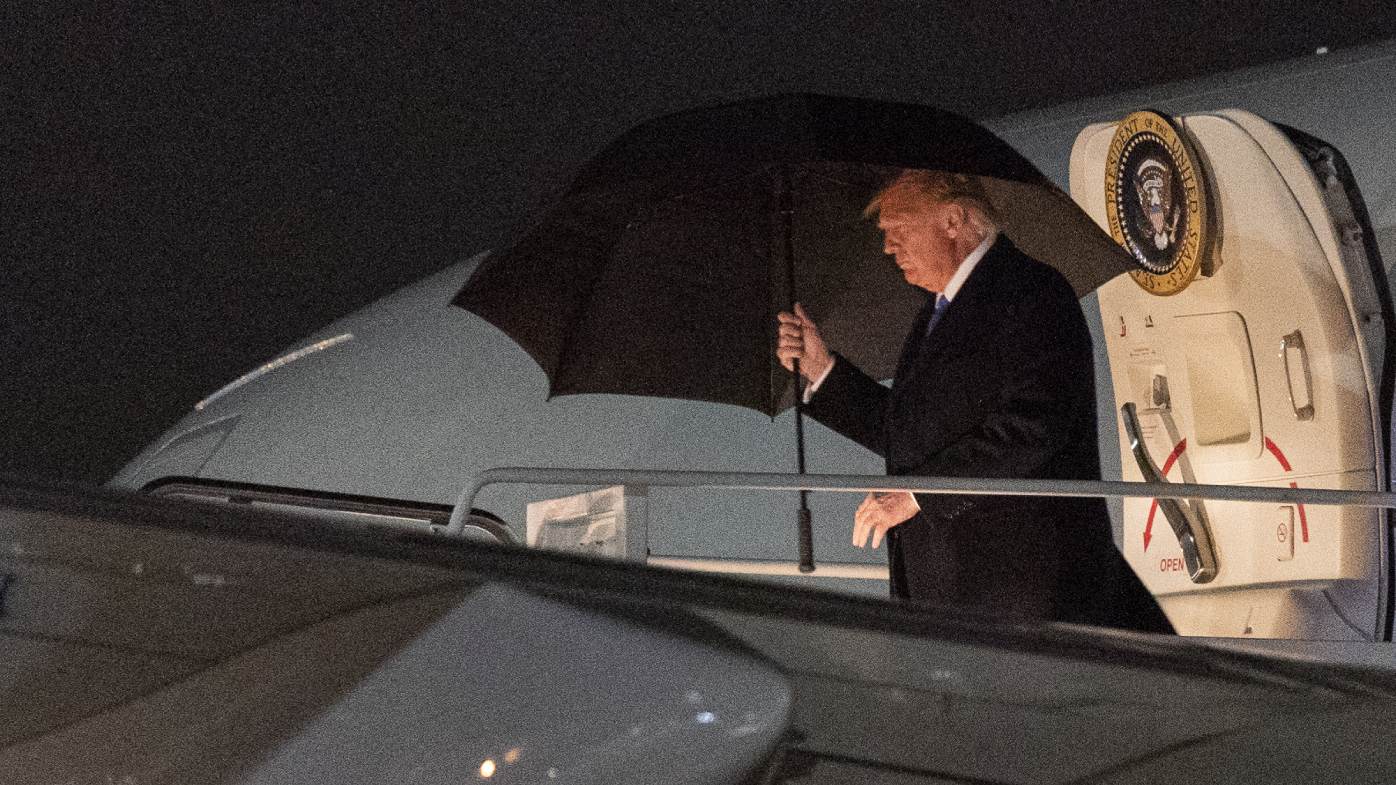 Vice President Mike Pence plans to maintain an aggressive campaign schedule this week despite an apparent outbreak of the coronavirus among his senior aides, the White House says.

Mr Pence's chief of staff, Marc Short, and "a couple of key staff surrounding the vice president" have tested positive for the virus, White House chief of staff Mark Meadows said on Sunday.

The vice president, who along with his wife, Karen, tested negative on Sunday, according to his office, is considered a "close contact" of the aides under Centres for Disease Control and Prevention criteria but will not quarantine, his spokesman said.

Devin O'Malley said Mr Pence decided to maintain his travel schedule "in consultation with the White House Medical Unit" and "in accordance with the CDC guidelines for essential personnel." Those guidelines require that essential workers exposed to someone with the coronavirus closely monitor for symptoms of COVID-19 and wear a mask whenever around other people.

Mr O'Malley said Mr Pence and his wife, Karen, both also tested negative on Saturday "and remain in good health."

Saskia Popescu, an infectious disease expert at George Mason University, called Mr Pence's decision to travel "grossly negligent" regardless of the stated justification that Mr Pence is an essential worker.

"It's just an insult to everybody who has been working in public health and public health response," she said. "I also find it really harmful and disrespectful to the people going to the rally" and the people on Mr Pence's own staff who will accompany him.

"He needs to be staying home 14 days," she added. "Campaign events are not essential."

After a day of campaigning in Florida on Saturday, Mr Pence was seen wearing a mask as he returned to Washington aboard Air Force Two shortly after the news of Mr Short's diagnosis was made public. He is scheduled to hold a rally on Sunday afternoon, local time, in Kinston, NC.

Mr Pence, who has headed the White House coronavirus task force since late February, has repeatedly found himself in an uncomfortable position balancing political concerns with the administration's handling the pandemic that has killed more than 220,000 Americans. The vice president has advocated mask-wearing and social distancing, but often does not wear one himself and holds large political events where many people do not wear face-coverings.

By virtue of his position as vice president, Mr Pence is considered an essential worker. The White House did not address how Mr Pence's political activities amounted to essential work.

Mr Short, Mr Pence's top aide and one of his closest confidants, did not travel with the vice president on Saturday. Top Pence political adviser Marty Obst tested positive for the coronavirus earlier this week, a person familiar with the matter said. 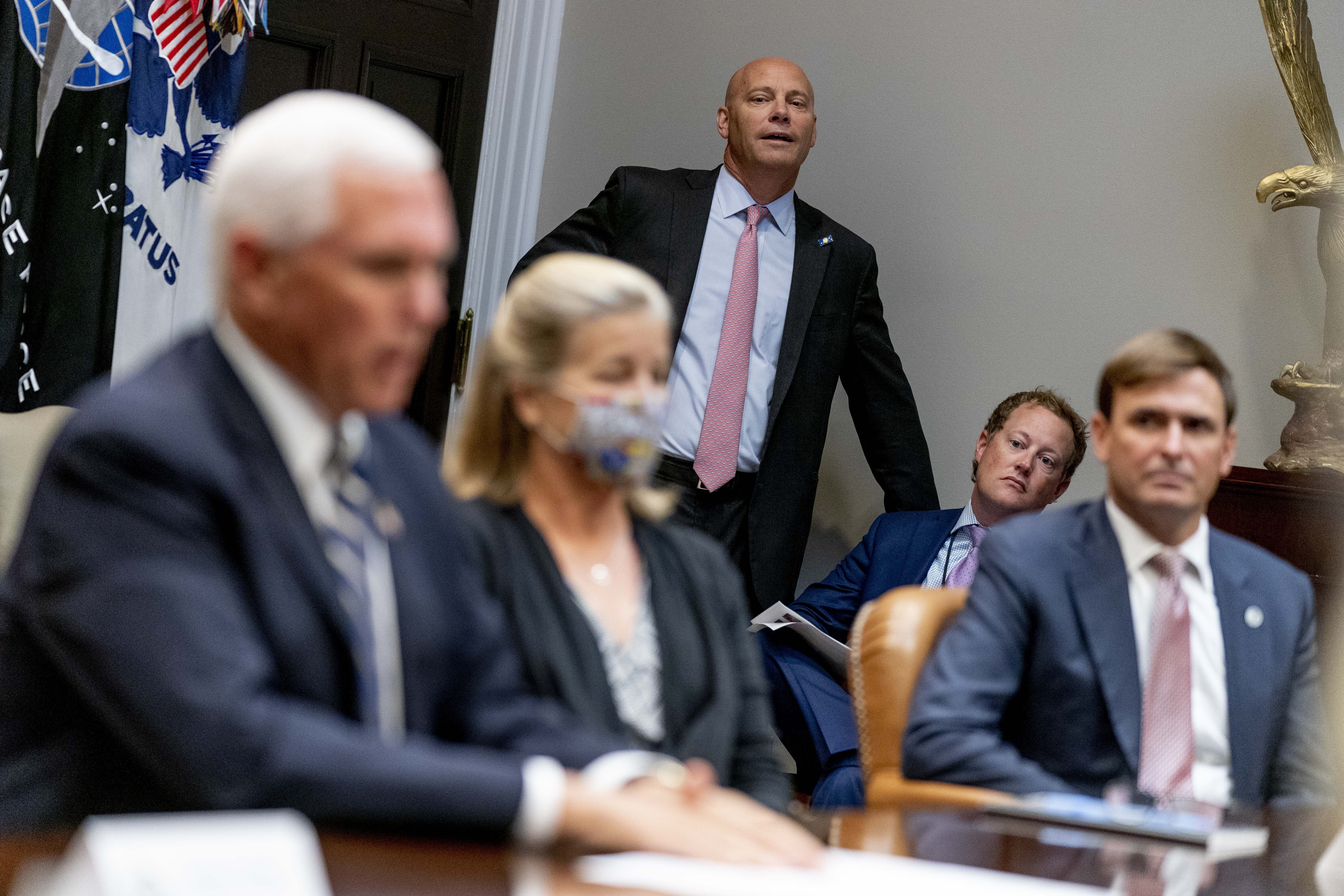 Mr Pence's handling of his exposure to a confirmed positive case stands in contrast to how Democratic vice presidential nominee Kamala Harris responded when a close aide and a member of her campaign plane's charter crew tested positive for the virus earlier this month.

She took several days off the campaign trail citing her desire to act out of an abundance of caution.

Kaizer Chiefs look ahead to Chippa clash after Saturday’s disappointment

Queensland Deputy Premier to stand aside amid corruption...