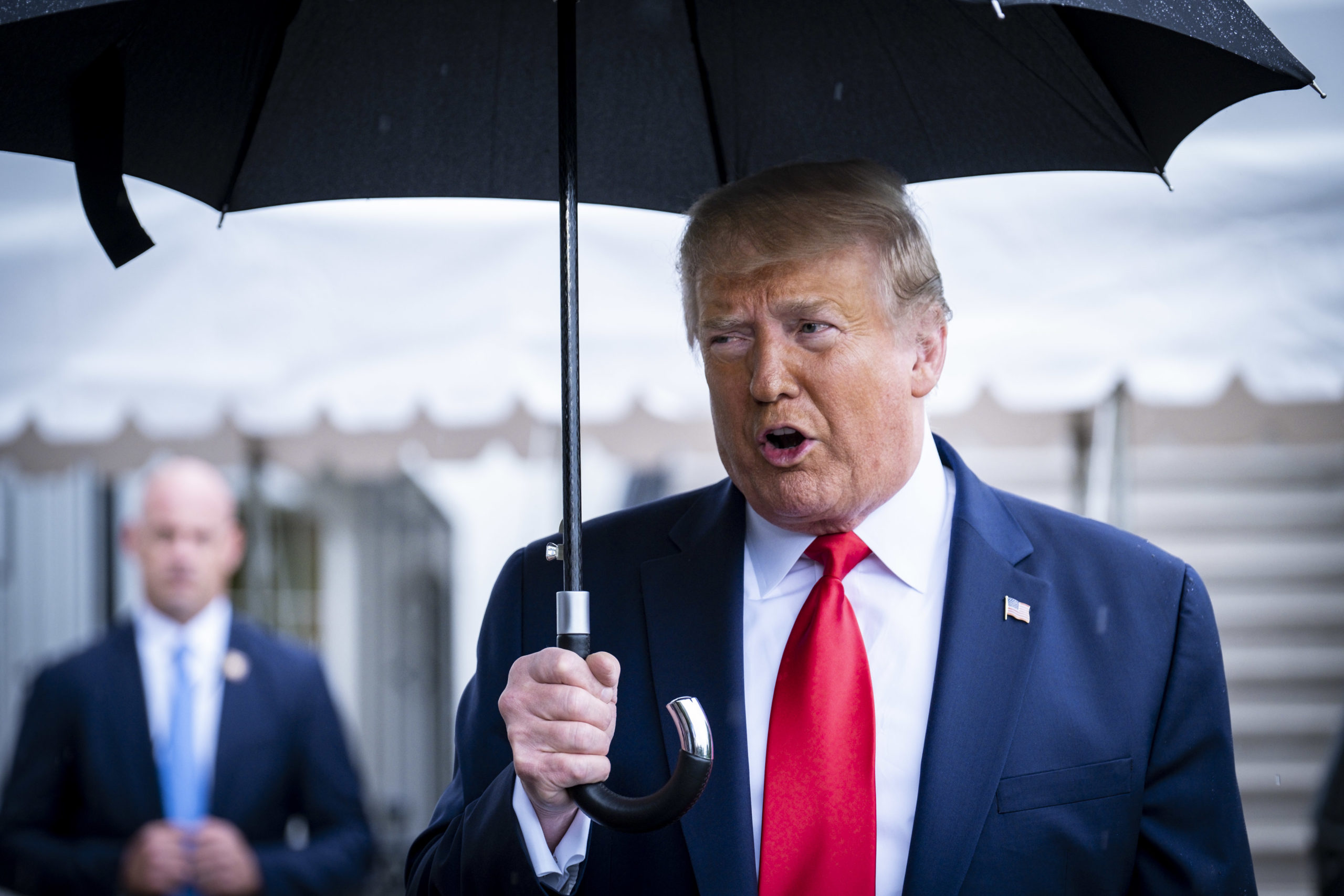 U.S. President Donald Trump will sign an executive order extending a freeze on green cards and barring most categories of foreign workers through the end of the year, the White House announced Monday.

The order extends restrictions originally enacted in April due to the coronavirus pandemic, which blocked most people from receiving a permanent residency visa, or green card. The new order also temporarily freezes H1-B visas for highly-skilled workers, a program popular with the U.S. tech industry, and other temporary work visas. It exempts farm workers and live-in childcare providers called au pairs.

The Trump administration is arguing the immigration restrictions are necessary to protect American jobs during a period of historic unemployment, the result of the country’s lockdown this spring to prevent the spread of Covid-19, the disease caused by the novel coronavirus.

The president “put in place a 60-day pause on incoming green cards coming into the country who can take any job they like once they’re here, and that is being extended to the end of the year,” a senior administration official said on a telephone briefing with reporters to preview the executive order. “The president is expanding that measure in light of the, frankly, the expanding unemployment and the number of Americans who are out of work.”

The senior administration official said the president’s actions would free up 525,000 jobs over the remainder of the year. That’s “quite a significant number,” the official said, noting that Trump “is focused on getting Americans back to work as quickly as possible after we’ve suffered this hit to our economy.”

The executive order applies to H1-B visas, which allow U.S. employers to temporarily hire non-immigrant workers in specialty occupations; H4 visas for spouses of H1-B workers; L visas for temporary workers and most J and H2-B visas. J visas are for work-and-study-based exchange visitor programs and their spouses and dependents — au pairs are exempt, but professors and scholars are not — and H2-B visas for temporary non-agricultural workers.

“When people come in with a green card, they have open-market work opportunities,” the senior administration official said, explaining the difference between the first and second orders. “They can go to any job anywhere, whereas, say, H2-Bs and Js and H-1Bs, these are market-restricted. They have particular types of jobs they can work in.”

Trump also “dramatically” narrowed the types of medical workers who can enter the U.S. to only those working on Covid-19 care or research, the official said.

With the original order set to expire Monday, Trump signaled in a weekend Fox News interview that the new executive order was coming soon. The extension highlights the president’s focus on the economy and immigration ahead of his reelection.

Trump, who has been given low marks for his early response to the coronavirus pandemic, out-polls presumptive Democratic nominee Joe Biden on the issue of the economy and hoped to ride a wave of economic prosperity into a second term before the health crisis upended everything.

The Trump administration quietly continued to allow foreign workers to enter the country after the coronavirus outbreak initially hit, even easing requirements for immigrants to get certain jobs. But the president abruptly tweeted in April that he would stop all immigration into the U.S. as the unemployment rate soared. The following day, he scaled back that plan.

Four Republican senators — Tom Cotton of Arkansas, Ted Cruz of Texas, Chuck Grassley of Iowa and Josh Hawley of Missouri — had asked the president to pause guest worker visas between 60 days and a year, “or until unemployment has returned to normal levels.” And six House Republicans, including Freedom Caucus Chairman Andy Biggs of Arizona, followed suit with their own letter.

Business interests, however, lobbied hard against the restrictions, arguing they will cause more, not less, economic pain across the country.

Anita Kumar contributed to this report.

'We pointed out clearly that this cannot be tolerated,' said Commission president. 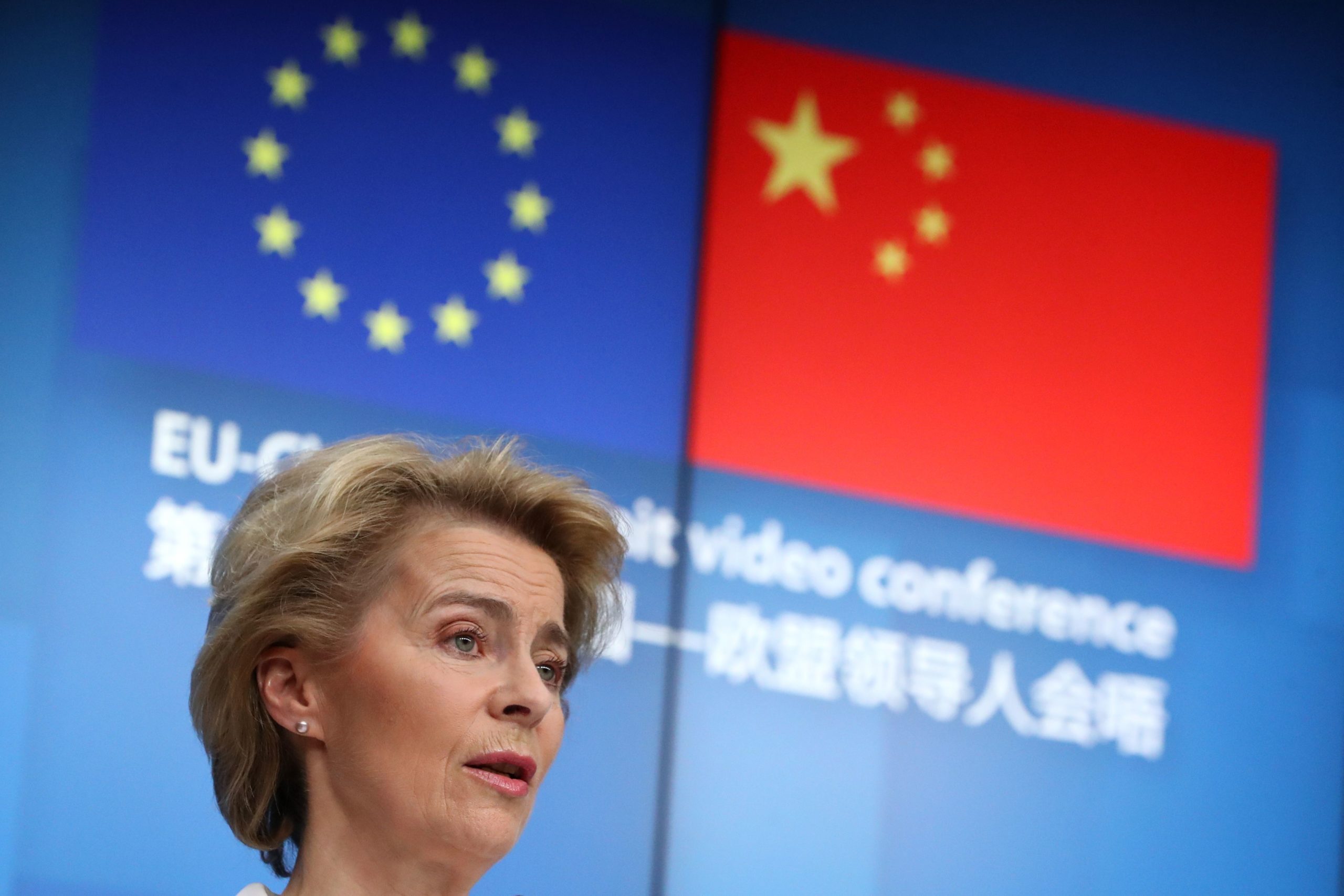 “We’ve seen attacks … on computer systems, on hospitals, and we know the origin of the cyberattacks,” von der Leyen said after a videoconference with China’s President Xi Jinping. “We put together the facts and the figures necessary to know.”

“We pointed out clearly that this cannot be tolerated,” she added, pointing to China’s use of disinformation to distort the public debate around the coronavirus pandemic.

The remarks from the EU’s top official come after the bloc earlier this month published a report on disinformation linked to the pandemic that slammed Beijing for targeting Europe with false and distorting narratives.

In April, the EU had singled out cyberattacks on hospitals and coronavirus research institutes for criticism, but without naming Chinese state-backed actors.

Von der Leyen’s criticism came in the wake of a videoconference in which the EU’s leaders discussed trade, human rights and other issues with Xi.

“Progress is needed in many areas to rebalance this relationship,” Charles Michel, president of the European Council, told reporters afterward, mentioning market access for European firms and forced technology transfers as two key issues that need to be solved.