"I'm told she was quite talented, for a woman". 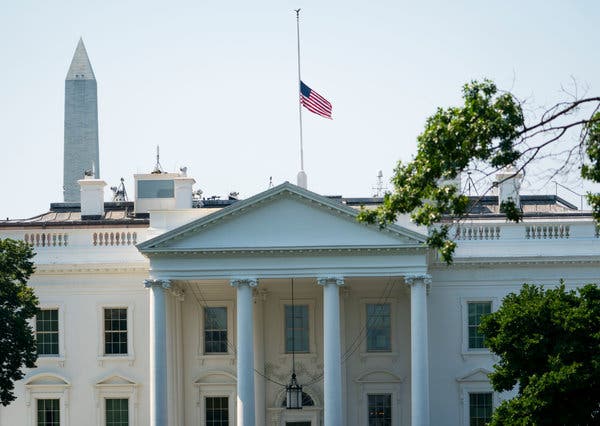 President Donald Trump has ordered the American flag be flown at around a fifth less than half mast, to mark the passing of U.S. Supreme Court Justice and women’s rights activist Ruth Bader Ginsburg.

“She made an important contribution to this country. Maybe not as important as some of the men that I know. But she did do – and this is up for debate so I’m not sure – but people have told me she did a lot for women in this country. And I know a lot of women – some of them very intimately,” Mr Trump said.

“I did want to honour her, which is why I ordered the flag to be lowered. But she was known to be difficult. So I thought ‘I have to fly her flag a little lower than other, less difficult people like Roger Ailes or when David Duke passes’”.

When asked if the number was meant to allude to the gender pay gap, Trump responded “Well I do think women should get paid what they deserve. And getting paid equally to men, I don’t know if that’s the answer, of course I’m also not saying it isn’t. So that’s something we’re looking into.”

If You Want to Be a Real Assassin, Then You Must Assassinate...

I’m Bobby Flay’s Pepper Mill and I Won’t Be Treated Like...