He portrays his political phenomenon as a unifying one, as opposed to the vitriolic, partisan warfare he engaged in throughout his presidency. 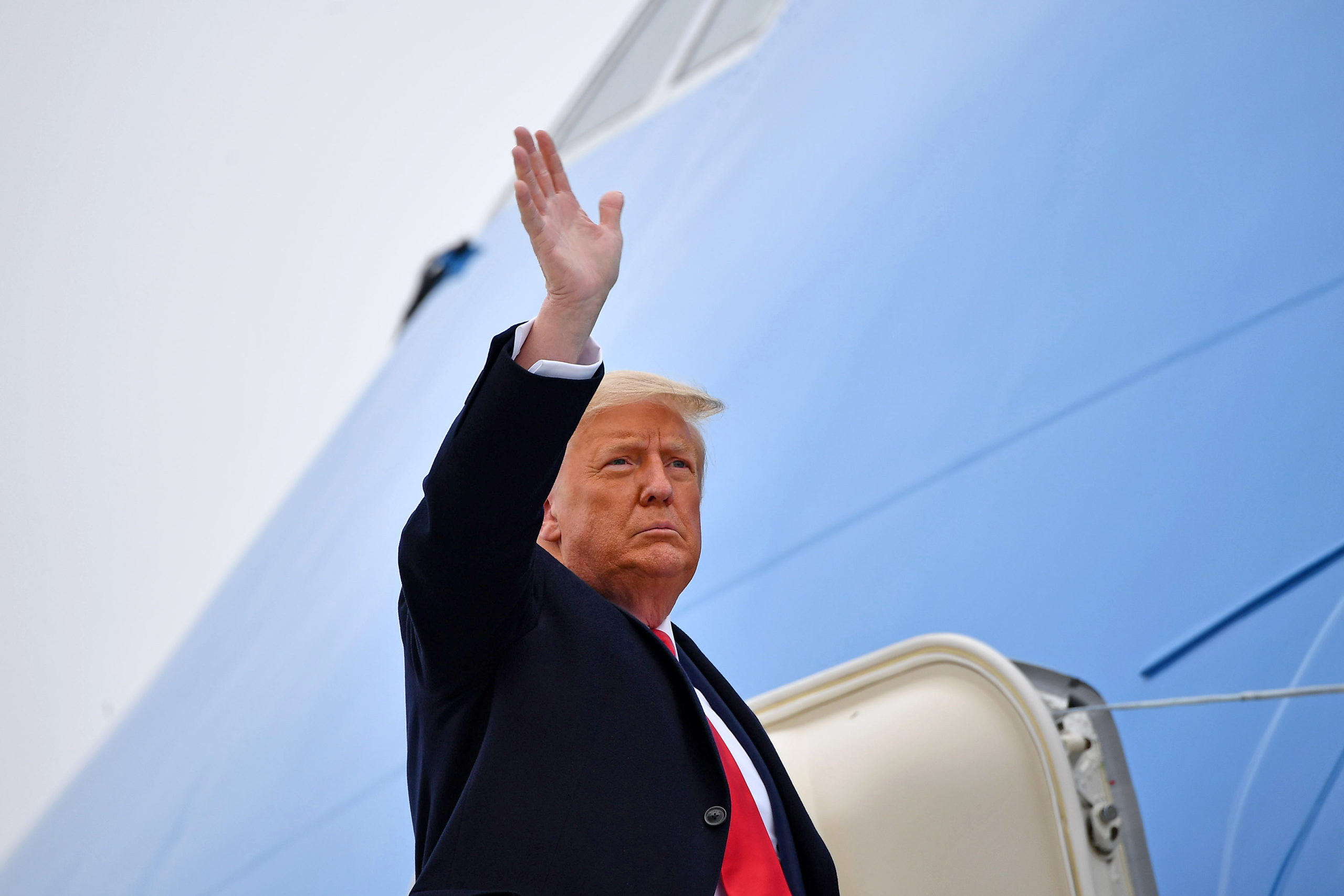 U.S. President Donald Trump will try to recast his legacy away from the partisan violence of the past few weeks in a farewell address to be delivered Tuesday afternoon, according to excerpts released by the White House.

As he leaves office as the only twice-impeached U.S. president, Trump is portraying his political phenomenon as a unifying one, as opposed to the vitriolic, partisan warfare he engaged in throughout his presidency and campaign. And with the memory of his supporters swarming the Capitol in a deadly attack fresh in the nation’s conscience, the president will use the address to try to redirect his legacy to a rosier picture of his time in office.

“We restored the idea that in America, no one is forgotten — because everyone matters and everyone has a voice,” Trump plans to say, according to a White House preview. “Our agenda was not about right or left, it wasn’t about Republican or Democrat, but about the good of a nation, and that means the whole nation.”

The planned remarks praise the Trump era as one in which Americans were able to disagree and where government was responsible to the people — a repackaging of Trump’s oft-repeated campaign promise to “drain the swamp” that is at odds with a record of direct attacks on Democrats and the media as enemies of the people. They also cite the Trump administration’s role in the freshly established diplomatic relations between Israel and a number of Arab states as proof of the president’s commitment to peace.

Trump will also signal that he has no intention of letting the movement peter out, even as Democrats take control of the White House and Senate this week. After Trump plans to wish goodwill to President-elect Joe Biden, he will tack on that “the movement we started is only just beginning.”

Trump’s political future, however, may be at risk. After the House voted to impeach him for willfully inciting an insurrection Wednesday, the Senate can vote to permanently bar him from holding public office as part of its impeachment trial.

His fellow Republicans in the upper chamber have not shown much enthusiasm for stopping that prospect — Senate Majority Leader Mitch McConnell appeared to hold Trump responsible for the violent Capitol attack that left five people dead. And with 10 House Republicans voting for impeachment, it was the most bipartisan impeachment vote in U.S. history.

Still, Trump will continue to wash his hands of responsibility for the Capitol attack in Tuesday’s comments, condemning violence as against his movement, even though several of the rioters who broke into the building said they were heeding a call from the president himself.

“All Americans were horrified by the assault on our Capitol,” the planned remarks read. “Political violence is an attack on everything we cherish as Americans. It can never be tolerated.”

The message follows similar statements he has made in the weeks following the Capitol attack — particularly after his second impeachment — in which he openly denounced the violence. But during the attack, Trump tweeted messages of support for the rioters, saying that “we love you” and that “you’re very special.”

“These are the things and events that happen when a sacred landslide election victory is so unceremoniously & viciously stripped away from great patriots who have been badly & unfairly treated for so long,” he tweeted at the time. “Go home with love & in peace. Remember this day forever!”

Trump has since been permanently banned from Twitter for glorifying violence.

Starbucks in Dublin fined over racist drawing on customer’s cup

In search of the formula to unlock lockdown