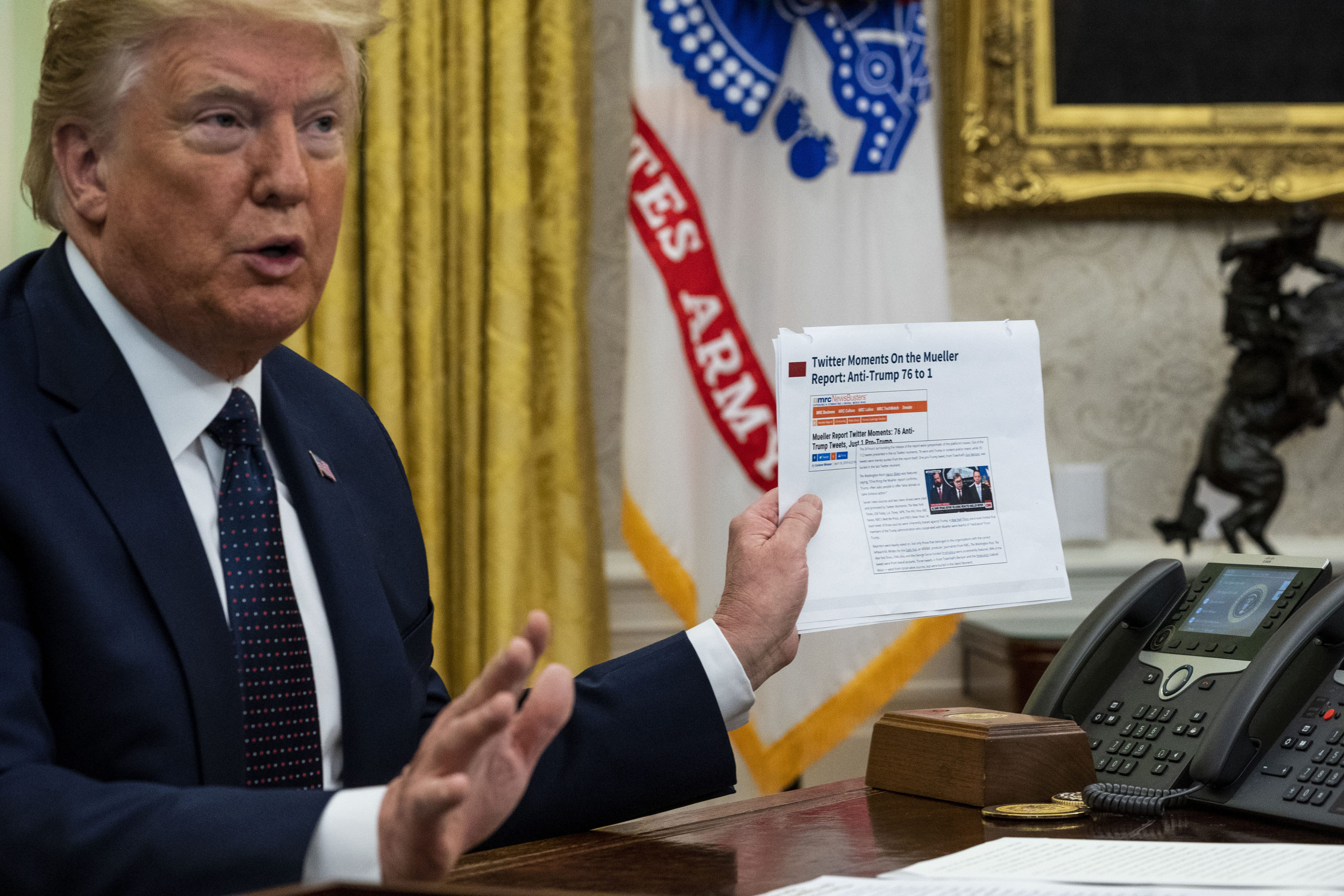 Digital Politics is a column about the global intersection of technology and the world of politics.

Donald Trump picked a fight with social media giants. It’s only the start of their problems.

On Friday, Twitter reignited its feud with the U.S. president, running a warning label on a tweet he wrote that the social company said was “glorifying violence.”

The move came a day after Trump issued an executive order targeted at social media companies (mostly Twitter, Facebook and Google) and how they police online speech. He warned them against editorializing, including fact-checking and posting warning labels on people’s online messages, or face legal challenges to how they operate.

But this stance, one that will now be tested under U.S. law, runs directly opposite to what policymakers in Europe are now demanding from the same tech giants.

Brussels and European national capitals have responded to the barrage of hateful online messages, government-backed misinformation and extremist content with legislation that forces tech firms to make more, not fewer, editorial decisions about content posted on their global networks.

In this transatlantic standoff, social media companies are stuck between a rock and a hard place.

Either kowtow to Trump’s demands (Twitter has doubled down on its approach, Facebook has called for calm) and anger the Europeans and others calling for greater content rules. Or placate Brussels and risk running afoul of the leader of the world’s last-standing superpower. In either case, they will be jeopardizing one of their largest commercial markets, one worth billions of dollars annually in online advertising.

This is not the first time that the U.S. and Europe have seen things differently on digital. From taxing the online world to policing antitrust complaints to deciding how privacy rules should work, Washington and Brussels are the odd couple of global politics: They share many of the same democratic beliefs, but when it comes to implementing them, they take very different paths.

This latest spat runs much deeper. It goes to basic principles of freedom of speech, the role of social media companies in democracies, and what limits these firms should place on public debate.

And in all three areas, the U.S. (under Trump’s presidency) and Europe are more apart than ever.

That divide may fundamentally weaken the West’s ability to speak with one voice against authoritarian regimes like Russia and China. It may also lead to an increased splintering of the internet as people in the U.S. are served up a very different experiences to what their counterparts in Europe enjoy. At the very least, Facebook, Google and Twitter are left with the unenviable task of implementing vastly contradicting policies in their two largest markets.

For those on the right of U.S. politics, the battle comes down to freedom of speech and the perceived bias of how social media companies handle conservative-leaning posts (there is no scientific evidence for such a bias). For Trump’s supporters — many of whom, ironically, have taken to social media to voice their complaints — these online platforms should steer clear of any form of content moderation in a (not legally accurate) belief that it infringes on their First Amendment rights.

That may change depending on who wins November’s U.S. presidential election. But for now, Trump is pushing an aggressive line of no fact-checking, no warning labels and no content moderation — with companies potentially facing federal investigations and lawsuits for over regulating what people say on their networks.

In Europe, meanwhile, the debate is about how to police more, not less.

Germany and France have already passed online hate speech and terrorist content rules that slap firms with hefty fines if they do not take down such material within 24 hours. The European Commission is similarly working on beefed-up disinformation rules and has plans to revamp its own platform legislation (known, locally, as the e-commerce directive, which is akin to the U.S.’s Section 230 that lies at the heart of Trump’s executive order).

Lobbying over these legislative changes in Brussels has only just begun. Yet the message from Europe is clear: Facebook, Twitter and Google must get used to making editorial decisions, or face the full force of the 27-country bloc’s political power.

This is the world we now live in. One where social media giants are integral to public discourse, but where the U.S. and Europe now stand on diametrical opposite sides on what that role should be.

For now, neither side is giving ground to the other — leaving companies, and social media users, stuck in the middle of this entrenched transatlantic feud.

This article is part of POLITICO’s premium Tech policy coverage: Pro Technology. Our expert journalism and suite of policy intelligence tools allow you to seamlessly search, track and understand the developments and stakeholders shaping EU Tech policy and driving decisions impacting your industry. Email pro@politico.eu with the code ‘TECH’ for a complimentary trial.

Back off, Trump. Germany wants to Make Europe Strong Again

Poles abroad complain they missed out in swift presidential...