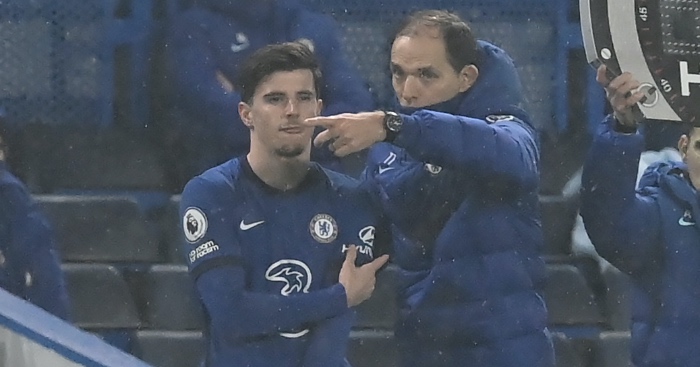 Thomas Tuchel has offered both Mason Mount and Billy Gilmour hope of a bright future at Chelsea.

Mount was left out of the starting lineup for the 0-0 draw with Wolves on Wednesday – Tuchel’s first game in charge – sparking speculation that he was right to fear the worst under the new manager.

MEDIAWATCH: Tuchel already doomed after ‘culling of the kids’

But he gave Chelsea a “thrust” having come on in the dying stages of the game and Tuchel insists he is a big fan of the academy graduate.

“I like what I see from Mason [Mount], his personality,” Tuchel said.

“Every game I watch so far he leaves his heart on the pitch. He cares for Chelsea 100 per cent. This is the best basis for a big development.

“I am very happy to have him around. I will not stop pushing him and guiding him.”

Tuchel was also asked about his thoughts on Billy Gilmour, who was not included in the matchday squad on Wednesday and has been linked with a loan move away from Stamford Bridge.

But the German boss insists there is no need to reduce the size of the squad.

“For Billy, I have a good impression,” he added.

“He is a very strategic guy, with a high level of game understanding.

“We see if he has the physical level to compete in the centre of the field in the most physical league in the world.

“For me, we have right now 21, 22 players to play in three competitions. There is no need to get rid of players.”