Tuesday’s Debate: A Milestone in the History of Climate Politics 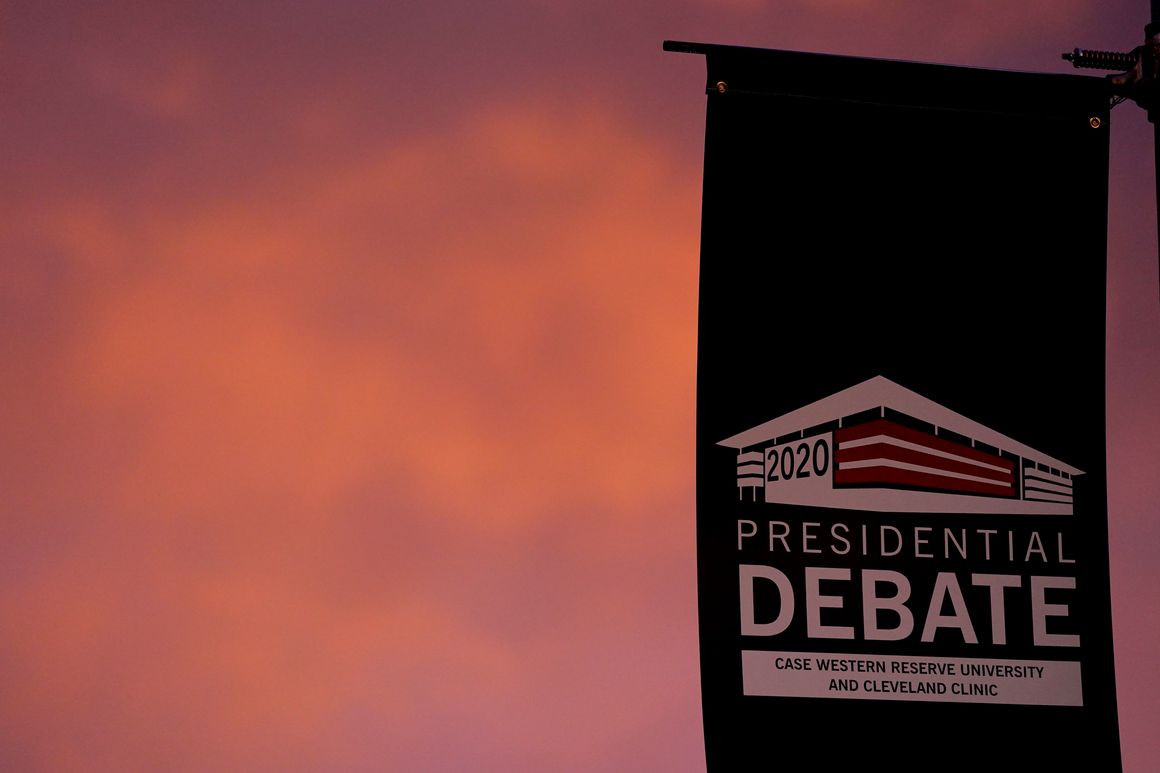 In Tuesday night’s demolition derby of a debate, President Donald Trump did not even pretend to confront white supremacists. He didn’t pretend to respect the legitimacy of the election, either. So it was telling that after moderator Chris Wallace asked him the first-ever question about climate change in a general election presidential debate, Trump did pretend to support electric vehicles.

In fact, Trump is not all for electric cars; he’s mocked them, and his policies have penalized them. He certainly hasn’t given big incentives to electric cars; he actually tried to eliminate the existing incentives. But while Trump’s 90-minute tornado of unfiltered insults and right-wing red meat suggested that he’s happy to run as an enemy of cities, the news media and racial sensitivity, he clearly would prefer not to be seen as an enemy of the climate.

That is a milestone in the history of climate politics. Global warming has been dismissed for years as a niche concern for the tree-hugging fringe, but not only has it become the kind of mainstream issue that even a moderator from Fox News deemed worthy of prime time, it has become the kind of hot-button issue that even a Republican president who used to call it a hoax manufactured in China feels the need to dissemble about. If hypocrisy is the tribute that virtue pays to vice, political lies are the tribute that unpopularity pays to popularity—and 2020 polling has found that climate science and climate action are both popular.

Green cars are especially popular; a survey by the Yale Program on Climate Change Communication found that 82 percent of Americans support tax rebates for energy-efficient vehicles or solar panels. That helps explain why Trump claimed to be one of them, even though his 2020 budget would have eliminated a tax credit for electric vehicles that was enacted during the George W. Bush administration and expanded during the Barack Obama administration. Trump made fun of electric vehicles during a 2019 rally in Michigan—“Darling, where do I get a charge?”—and scoffed that “all-electric isn’t going to work” in a Fox Business interview. And his rollback of Obama’s tough fuel-efficiency standards, along with his efforts to relax clean air regulations, could be devastating blows to zero-emissions electric vehicles.


Wallace’s original question was whether Trump believes the scientific consensus about climate change in light of the fires burning in California; the president dodged it rather than repeat his recent assertions that the science can’t be trusted and the earth is about to start cooling. When Wallace pressed him to clarify whether he accepted that greenhouse gases contribute to global warming, he grudgingly conceded: “I think a lot of things do, but I think to an extent, yes.” That made political sense, too, since the Yale survey found 72 percent of Americans believe global warming is happening, while only 12 percent don’t.

The survey found the public also agreed by a 61-29 margin that global warming will harm Americans, by a 56-44 margin that it’s already harming Americans, and by a 60-11 margin that the president should do more to address it—all of which helps explain why the president tried to tack towards the climate majority on the debate stage.

“We now have the lowest carbon,” Trump said. “If you look at our numbers now, we are doing phenomenally.”

America’s emissions are indeed lower in 2020, but that’s because of the coronavirus lockdowns, not because of Trump’s energy or environmental policies, which have had the consistent objectives of relaxing restrictions on polluting industries and promoting the mining and drilling of fossil fuels. Trump scrapped Obama’s Clean Power Plan that would have regulated carbon emissions—which, incidentally, had 75-24 support in the Yale poll—as well as rules limiting mercury, soot and other pollution from coal-fired power plants. As Biden tried rather inarticulately to point out, Trump’s administration has also ditched rules limiting methane emissions by oil and gas companies, accelerated permits for drilling, mining and logging on public lands, rolled back protections for wetlands, and made the United States the only nation to announce its withdrawal from the Paris climate accords.

Nevertheless, Trump tried to portray himself as a champion of clean air and water—or, as he put it, “immaculate air, immaculate water”—another nod to the power of environmental issues, especially among the suburban women who have been such a problem for his reelection campaign. The only specific environmental policy Trump brought up, aside from his nonexistent electric vehicle incentives, was his support for a global initiative to plant a trillion trees, which he misidentified as the Billion Tree Project. “It’s very exciting for a lot of people,” he said, although he didn’t really make it sound like he was one of those people.

Trump’s message was that he’s an environmentalist, but Biden is a radical environmentalist who would destroy the American economy with left-wing nonsense. Again, though, he had to resort to wild falsehoods to make that case. He attacked the Obama-Biden administration’s Clean Power Plan for somehow “driving energy prices through the sky,” even though it never went into effect. He accused Biden of wanting to spend $100 trillion on the climate, using a sketchy right-wing analysis of the Green New Deal that Biden doesn’t even support, and also of wanting to ban cows and air travel, another misleading reference to the Green New Deal, or at least to a list of talking points about the Green New Deal that Rep. Alexandra Ocasio-Cortez’s office released and then hastily retracted.

Biden, on the other hand, seemed delighted to discuss the substance of issues he sees as politically advantageous as well as globally consequential. When Wallace said he’d like to discuss climate change, Biden blurted out: “So would I!” He talked with a lot of passion, though not a lot of focus, about his role overseeing the Obama stimulus that helped bring down the cost of wind, solar and other renewable energy sources; about “weatherization” programs that could put unemployed Americans to work caulking windows and otherwise upgrading the energy efficiency of homes and businesses; and about his idea to pay the Brazilian government to crack down on the destruction of the carbon-rich Amazon. He also called for electrifying the federal government’s fleet of vehicles and installing 500,000 charging stations on America’s roads—a solution for the Darling-where-do-I-get-a-charge problem.

Wallace also challenged Biden about the fiscal and economic cost of his climate plan, which irritated many climate activists, but it’s a legitimate question that led to one of Biden's strongest moments in the chaotic debate. He argued not only that his $2 trillion plan will provide millions of jobs in green industries and green infrastructure projects, a common Democratic argument, but that the cost of inaction would be far greater, since America is already spending more than ever on climate-driven floods, hurricanes, fires and droughts.

“We’re in real trouble,” Biden said. “Look what happened in the Midwest with these storms that come through and wipe out entire sections and counties in Iowa. They didn’t happen before. They’re because of global warming.”

Back in 2012, CNN’s Candy Crowley explained after a presidential debate that she considered including a question for “you climate change people” but changed her mind because “we knew the economy was still the main thing.” Eight years later, there’s increasing recognition from politicians as well as media bigwigs that all people are climate change people, and that there’s no way to isolate the economy from the energy that fuels and powers it or the climate disasters that increasingly threaten it. It’s hard to imagine that there will ever be another year of presidential debates without a climate question, and the worse the problem gets, the more pressure candidates will face to embrace the science and call for action.

That doesn’t mean that every candidate will make climate warriors happy with every answer. Trump never did acknowledge that climate change is contributing to California’s fires, arguing that the more pressing issue was bad forest management, which was a reasonable case to make. Biden made a point of distancing himself from the Green New Deal, prompting Trump, in a weird moment of off-message punditry, to declare: “You just lost the radical left.”

But Biden isn’t tailoring his message to the radical left. He’s aiming for the 63 percent of Americans who are worried about climate change, the 86 percent who support research into renewable energy, the 56 percent who say it’s important to their presidential vote. And while it’s obvious from his rhetoric as well as his record that Trump doesn’t truly care about the climate, it's a reflection of the changing political climate that he felt the need to pretend he does.

Feds again shift guidance on prisoner releases due to coronavirus

Subaru Recall: Fuel Pumps Could Fail In Over 200,000 Vehicles