The Boeing 737 MAX has been grounded for a year and a half now. However, in the last… 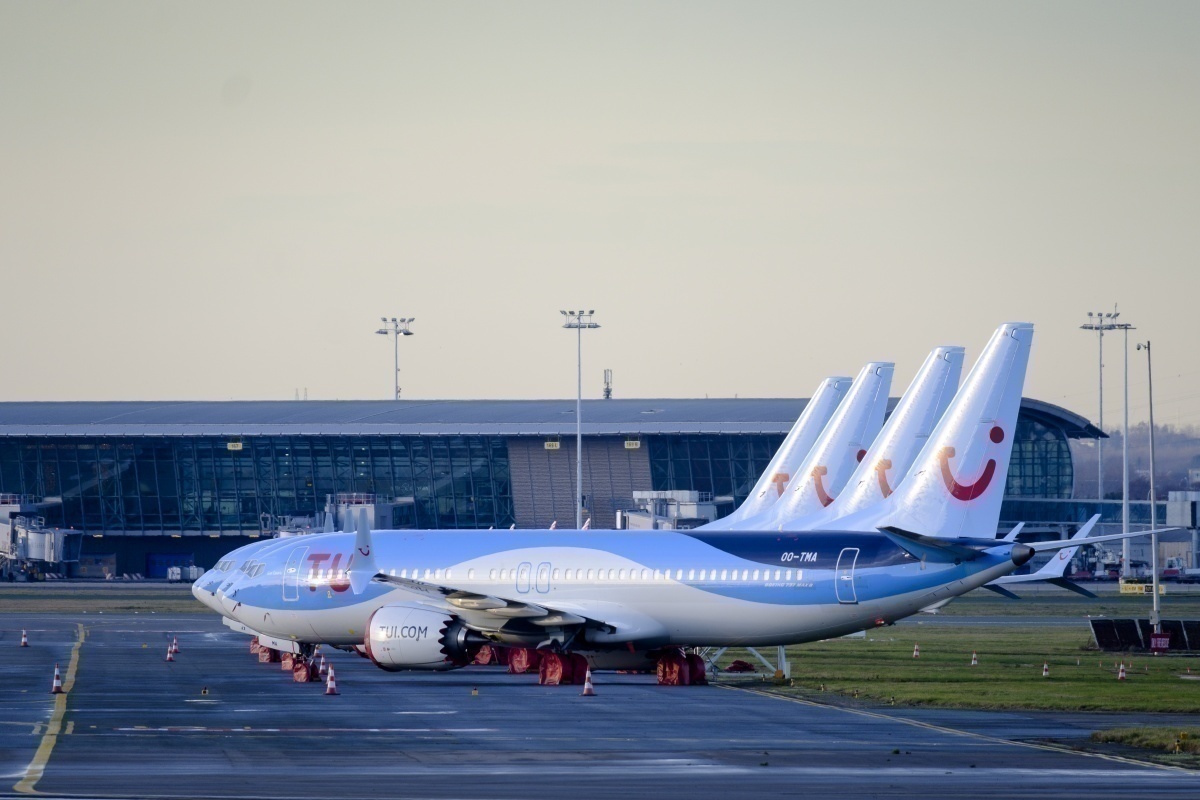 The Boeing 737 MAX has been grounded for a year and a half now. However, in the last few weeks, there have been hints that the type is close to returning to action. Yesterday, TUI flew the plane with no passengers from Tenerife in the Canary Islands to Birmingham, United Kingdom via the Spanish city of Malaga.

AeroTelegraph reports that on September 15th, the Boeing 737 MAX 8 left Tenerife left at approximately 10:40. The plane holds registration G-TUMF and had made its way to the UK with a stop on the way.

The plane has a nickname after the city of Malaga and took a rest there for a fuel stop before heading north again. Eventually, the jet landed in Birmingham at 15:05. All times are local.

Part of the process

Simple Flying reached out to TUI for comment on this Boeing 737 MAX flight. A spokesperson for the airline shared that authorities approved the transfer flight. Additionally, the aircraft will remain in the West Midlands to prepare for a safe return to commercial action.

“On 15 September 2020 TUI Airlines safely positioned a 737-8 MAX from Tenerife to Birmingham. The flight was approved to operate by the UK CAA and EASA and the maintenance work required to prepare the flight was fully co-ordinated with Boeing. There were no passengers on-board,” the spokesperson told Simple Flying

“The aircraft will now remain in Birmingham, and along with all TUI MAX aircraft will undergo a modification program to prepare for a safe return to operational service in the future. We are continuing to work hard with all relevant authorities and the health and safety of our customers and crew remains our highest priority.”

The European Aviation Safety Agency (EASA) has recently completed its test flights with the type. Now, it could have its recertification within months. It’s not only European aviation bodies and airlines that are busy monitoring the progress of the plane’s testing. North American outfits are also rigorously evaluating the jet.

For instance, the Federal Aviation Administration (FAA) recently shared a notice of proposed rulemaking (NPRM) for an airworthiness directive on the 737 MAX. This release is just one of several steps in getting the grounded jet back in the air for commercial operations for the first time since last March.

Additionally, at the end of last month, Transport Canada completed its series of flight tests for the 737 MAX 8. This aviation authority was the first non-US group to start testing the grounded type in the skies.

Altogether, these actions play a crucial role in the procedure of the plane’s return. It has been on the ground following two fatal accidents. However, after significant analysis and work, it looks like it won’t be long before the 737 MAX is ready to fly passengers again.

What are your thoughts about this TUI flight with the Boeing 737 MAX 8? When do you think the jet will be hitting the skies again? Let us know what you think of the aircraft in the comment section.

Inside The Airbus Flying Doughnut Patent

How to use the golden ratio in your photography: A beginner’s guide

Where Are The World’s Grounded Airbus A380s Stored?