To celebrate National Sovereignty and Children’s Day in Turkey, Turkish Airlines has used one of its 777s to… 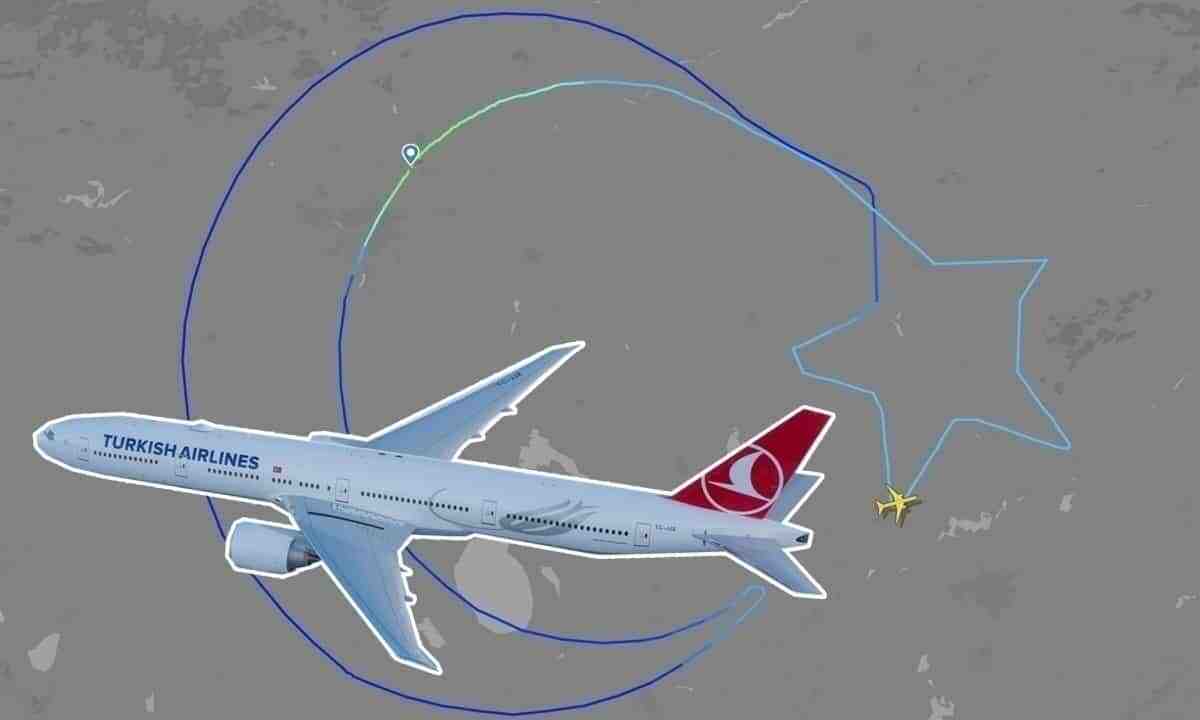 To celebrate National Sovereignty and Children’s Day in Turkey, Turkish Airlines has used one of its 777s to draw a flag of the country in the air. The flight numbered TK1920 representing the year Turkey became a sovereign country, flew over Ankara today for this special mission. Let’s find out more about this flight.

As Turkey’s flag carrier, Turkish Airlines decided to undertake this special mission to highlight an important occasion. Today marks 100 years since the Grand National Assembly of Turkey was formed and the country declared itself a sovereign nation. The day also celebrates children all over the world.

The day is a national holiday in Turkey and usually involves parades and celebrations. However, the coronavirus has forced everyone to remain at home and avoid gatherings. Turkish Airlines took this opportunity to mark the occasion in a special way while also ensuring everyone stays safe. The flight departed Ankara airport at 9:39 AM local time and landed there two and a half hours later at 12:17 PM, flying in this unique path, displayed by flight tracking sites like Flightradar24.

We have the biggest flag in the world.
This pride is for all.
Happy April 23rd National Sovereignty and Chidren’s Day.
#TurkishAirlines #FlagInTheSkies #April23rd #TK1920 pic.twitter.com/LguiEccLVg

The airline later tweeted a video showing clips of the flight and the planning for it. The video also highlights a number of safety measures being taken, including flying the plane empty and wearing masks and gloves.

Carriers around the world, especially flag carriers, are operating a number of essential flights for their countries. This includes cargo and repatriation flights, sometimes from distant parts of the world. Many airlines have temporarily converted their passenger planes into cargo ones by removing seats to maximize space.

Some airline pilots have also recently taken to drawing shapes in the sky to show appreciation for medical staff, send important messages, or celebrate holidays like Easter. Turkish Airlines seems to have joined in on this trend and used it to mark an important day for the Turkish people.

In recent days Turkey has seen a drastic rise in the number of coronavirus cases, adding nearly 4,000 cases a day and becoming the worst affected country in Asia. This has led to the country imposing lockdown and banning all international flights in a bid to slow the virus’ spread. The flight ban has forced Turkish Airlines to suspend nearly all of its scheduled flights. The airline is, however, currently undertaking a massive repatriation effort to bring home 25,000 Turkish citizens from 59 countries.

In the time of the coronavirus, airlines have had to significantly rollback operations and park most of their fleets. Flights such as this one are a way for airlines to chip in and provide an experience for those forced to stay at home. It also helps highlight the frontline role airlines have taken in this crisis by providing essential medical equipment and bringing back citizens stranded around the world.

What do you think about Turkish Airlines’ unique flight? Let us know in the comments below! 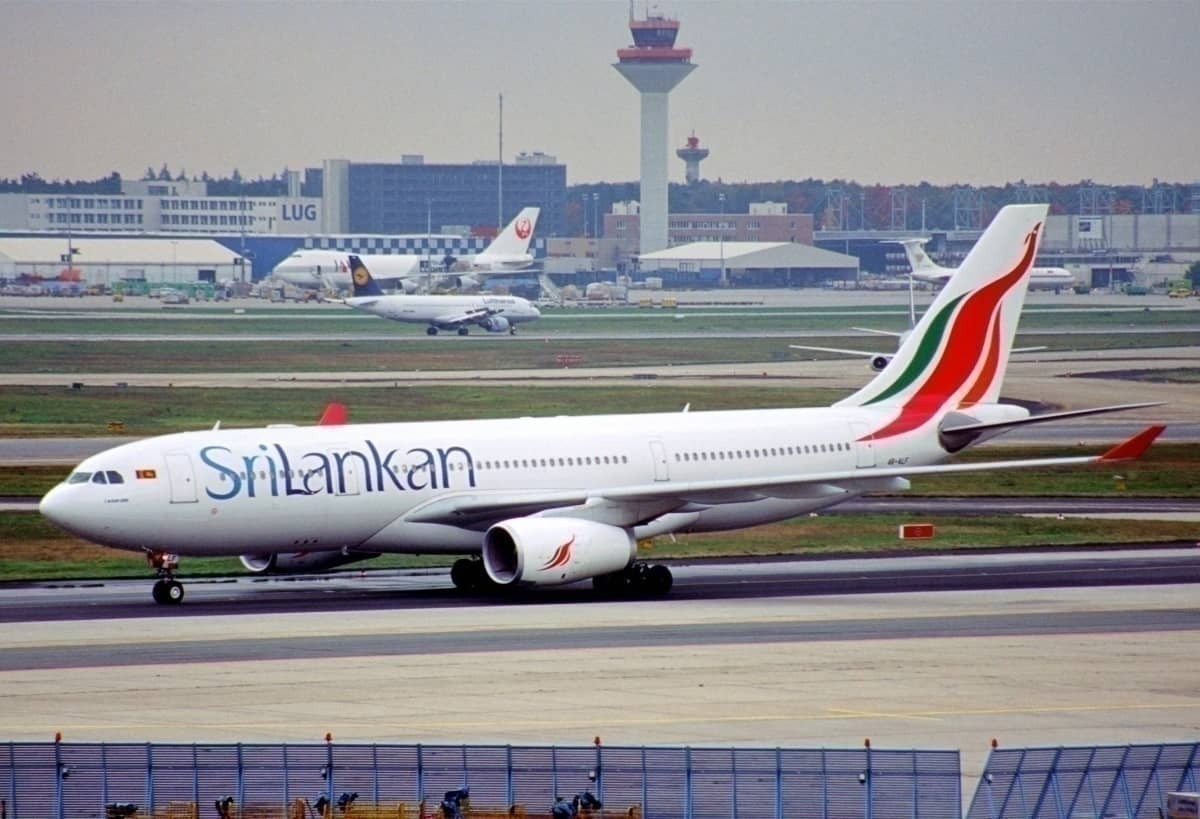 Sri Lankan Airlines will operate three repatriation flights from two Indian cities to bring back stranded citizens. One flight from Amritsar and two from Coimbatore will depart for Colombo on Thursday and Friday, respectively. These flights come as more countries begin repatriation efforts from India, which has banned all international flights indefinitely.

These three repatriation flights are being operated to rescue Sri Lankan students studying in India. India is also home to approximately 200,000 Sri Lankans, a majority of whom live in the southern state of Tamil Nadu (where Coimbatore is located). The flights will be essential to the many citizens stuck in India and we could possibly see more flights in the future.

Prior to the coronavirus, Sri Lankan Airlines flew regular services to both Amritsar and Coimbatore, making these flights slightly easier. Sri Lankan is operating flights from multiple countries to bring back stranded students and pilgrims from countries such as Pakistan and Nepal, as well as the city of Wuhan.

The main reason for so many repatriation flights is India’s flight ban and the number of foreigners in India. India imposed a one week ban on international flights on 22nd March and has since then extended this ban indefinitely. India is also home to millions of foreigners from dozens of countries, complicating efforts and resulting in hundreds of flights.

It is to be noted that India has not yet set out plans to repatriate its own citizens. The Indian diaspora is the largest in the world, with millions of citizens and many wanting to return home. India did quickly evacuate citizens from the virus hotspots of Wuhan, Milan, and Tehran, but since the situation has worsened in India, the country has refrained from more of these flights.

Sri Lankan’s repatriation efforts will provide relief to the thousands of citizens stranded in India. The one flight from Amritsar and two Coimbatore will operate today and tomorrow respectively and those on these flights can expect extensive medical screening, and possible quarantine, once on the ground in Colombo.

Since the lockdown, nearly 40,000 people have been flown back from India on various repatriation flights. The coming weeks and months will see more of these flights, as the number of cases in India continues to rise. Anyone stranded outside their home countries should contact their embassies for assistance and details about any repatriation flights.

Are you waiting for a repatriation flight to take you home? What are your thoughts on these rescue flights? Let us know in the comments below.

Why Are Australian States Fighting For Virgin Australia?