In this edition of TV Bits:

Peacock announced that it gave a straight to series order for a Queer as Folk remake from UCP, a division of Universal Studio Group, and Stephen Dunn (Closet Monster). Dunn, who directed an episode of the Apple TV+ anthology series, is the creator, writer, and executive producer of this “vibrant reimagining of the groundbreaking British series created by Russell T. Davies, exploring a diverse group of friends in New Orleans whose lives are transformed in the aftermath of a tragedy.” Dunn is also directing the pilot episode. 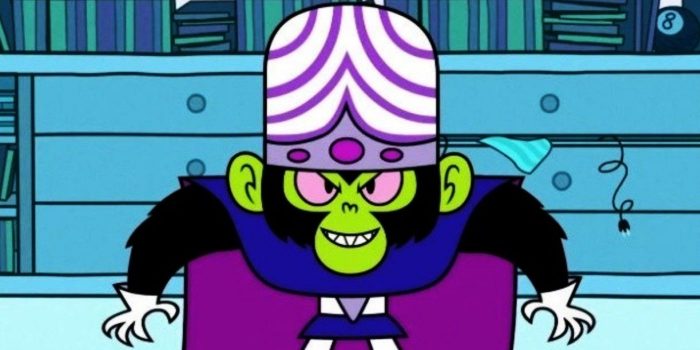 The CW’s live-action Powerpuff Girls series has found its primary antagonist, Mojo Jojo. And in classic CW fashion, he’s played by an attractive twenty-something. Variety  reports that Nicholas Podany has joined the pilot of the series, now simply called Powerpuff, in the role of Joseph “Jojo” Mondel Jr. This version of Jojo, instead of a mutated monkey, is a” nerdy, power-hungry, insecure” kid was obsessed with The Powerpuff Girls, “despite his father’s grudge against them. As an adult, JoJo finds his sweetness and rage in constant battle.”

Oscar-nominated actress Jennifer Jason Leigh has joined season 2 of Amazon’s Nazi-hunting show Hunters. Deadline reports that Leigh will play “the plum new role of Chava.” But that’s not quite accurate — the character of Chava Apfelbaum was played by young actress Cassidy Layton in the series premiere “In the Belly of the Whale” in a bit part, which will clearly now be expanded in season 2. Chava is a Holocaust survivor who is considered a legendary Nazi hunter, who Logan Lerman’s Jonah Heidelbaum will turn to after the events of the season 1 finale.

Macgyver has been canceled at CBS. The network announced that the procedural reboot starring Lucas Till will end after its current fifth season, with the series finale airing on April 30, according to The Hollywood Reporter.

“All of us at CBS are extremely grateful for the incredible work and dedication from Lucas and the rest of the cast, as well as [showrunner] Monica [Macer], the writers and the entire crew,” said CBS Entertainment president Kelly Kahl. “The MacGyver team traveled far and wide to repeatedly save the world with little more than bubble gum and a paper clip and made this show distinctly their own. We’re gratified we get to give this dedicated and loyal fan base the opportunity to say goodbye to their favorite characters in the thoughtful manner this series deserves.”

Michael Showalter (The Big Sick) is set to direct multiple episodes of Hulu’s limited drama series The Dropout, which chronicles the rise and fall of tech entrepreneur Elizabeth Holmes. Deadline reports that Showalter will also executive produce the series starring Amanda Seyfried as the Stanford dropout who founded medical testing start-up Theranos and would end up exposed as a fraud.

Dan Stevens is replacing Armie Hammer in Gaslit, a Starz drama about the Watergate scandal that took down President Nixon and his administration, Variety reports. Stevens joins a cast that includes Julia Roberts and Sean Penn to play John Dean, “the young White House Counsel who finds himself torn between his ambition and his struggle over whether he can lie to protect the President amidst the notorious scandal.” Stevens takes over the role from Hammer, who was announced to no longer involved with the project when it was picked up to series in February.

Variety dropped the news of another cancelation: the Fox animated comedy Bless the Harts, which ends with its second season this May. Featuring a stacked cast of comedy all-stars including Kristen Wiig, Maya Rudolph, Jillian Bell, Ike Barinholtz, Fortune Feimster, and more, Bless the Harts was developed by former Saturday Night Live writer Emily Spivey and debuted in 2019 to fairly positive reviews. However, those reviews, and guest spots by Kumail Nanjiani, couldn’t save Bless the Harts.

HBO Max’s postapocalyptic drama Station Eleven has added six new stars to its cast. Lori Petty and Daniel Zovatto have been cast as series regulars in the series based on the book of the same name by Emily St. John Mandel, while Andy McQueen, David Cross, Enrico Colantoni, and Julian Obradors are set as recurring characters.

In the “postapocalyptic saga” that follows the survivors of a “devastating flu as they attempt to rebuild and reimagine the world anew while holding on to the best of what’s been lost,” Zovatto plays The Prophet, “the enigmatic leader of a mysterious cult of young people.” Petty will play The Conductor, “the leader of a group of traveling Shakespeare performers.” McQueen is Sayid, “a charming, impatient actor in the Traveling Symphony”; Cross will play Gil, “a brilliant but temperamental theater director”; Colantoni is Brian, “agent to a world-famous actress until the pandemic upends the world as he knew it”; and finally, Obradors will appear as Tyler Leander, “the precocious son of two movie stars, who learns painful life lessons by watching the adults around him respond to crisis.”

Apple Studios’ Masters of the Air limited series sequel to WWII miniseries Band of Brothers (2001) and The Pacific (2010) has added a new star to its cast. Nate Mann, who is best known for his role as young Ray Donovan in the most recent season of the Showtime drama, is joining a cast that includes Austin Butler, Anthony Boyle and Callum Turner. Mann will play the lead role of Major Rosie Rosenthal. Masters of the Air is based on the book by Donald L. Miller, and “follows the true, deeply personal story of the American bomber boys in World War II who brought the war to Hitler’s doorstep,” per Deadline.

The series is produced by Playtone and Amblin Television and reunites executive producers Steven Spielberg, Tom Hanks and Gary Goetzman after their Emmy-winning work on Band of Brotheres and The Pacific. Masters of the Air will debut on Apple TV+.

This Week In Trailers: Silo, Beast Beast, Sugar Daddy, The Unthinkable, Why Did...