TV commentary is a big part of rugby’s revival

Dare rugby fans dream again? Before COVID, Rugby Australia was the dog with gangrene. There was a stink of negativity and pessimism that was pervasive. Even commentators of the game, Fox Sports especially, sounded like they were being paid to talk down the game, the skills, the intent and the purpose. That was before COVID […] 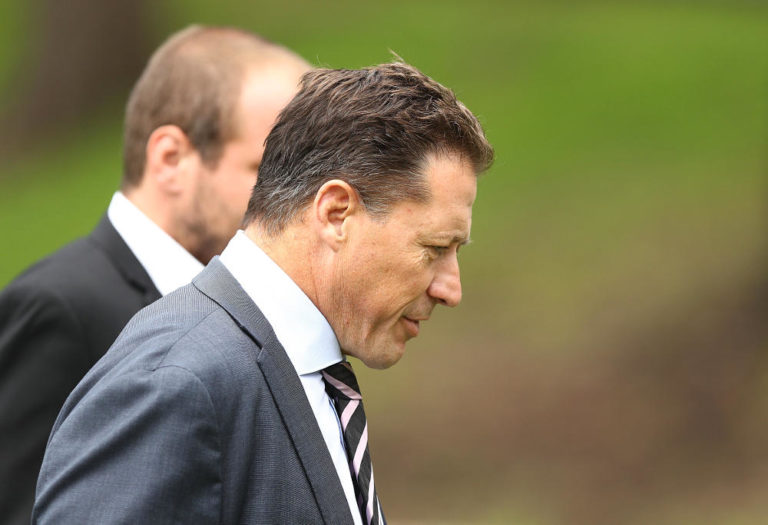 Before COVID, Rugby Australia was the dog with gangrene. There was a stink of negativity and pessimism that was pervasive. Even commentators of the game, Fox Sports especially, sounded like they were being paid to talk down the game, the skills, the intent and the purpose.

That was before COVID and now it is after. They are two totally different beasts.

For the first time in a long time rugby games captured the imagination. I am talking about Super Rugby AU. Just a few law tweaks and we are frothing with Pone Fa’amausili steaming in off a long run-up. Who was Fa’amausili? Look at him now, a part of the extended Wallabies squad.

Check out Filipo Daugunu. Who is he? The man of the match in the first Bledisloe. What about Noah Lolesio, Harry Wilson, Angus Bell and Fraser McReight? Insert literally any rookie.

And then of course Taniela Tupou: stepping, passing left to right, running at pace, oh, and destroying scrums. There was pace, skill, huge amounts of ticker and swathes of passion. The five Australian teams fought like brothers and what a joy it was to have the family back together.

So has something changed?

And perhaps to a greater degree, what else needs to change?

There are a number of factors that contribute to this. The first is the performance of the Wallabies. It’s only been one game, but Sunday is a hint and a foreshadowing of positive things to come. Another encouraging sign is the herd of exhilarating young talent that has burst onto the scene this year.

Alongside this sits Super Rugby, and its format. A local competition has been a much more approachable and watchable format than prior years. Games played in our own time zone, an Australian team winning every week, knowing every team and every player… there is so much to like!

From the viewpoint of a non-rugby tragic, these are all aspects that make it much more accessible and enticing to watch, and remember, this is the very thing we need to be encapsulating. It will be interesting to see Super Rugby AU next year, and whether it builds on this positive trend from 2020.

Then, there is the media presence and its appeal to the public. This is the aspect that has the most potential for growth, and is the one most in need of reform. Social media presence has been a growing positive, and one that certainly appeals to the younger generation of potential rugby lovers. Instagram account managers of the Super Rugby teams, the Wallabies and rugby.com.au, you have my respect.

But the media that has the most effect on wider viewership? The actual coverage of the game itself. I am not a fan of the Fox Sports coverage of rugby in Australia. It is more harmful to the sport than it is beneficial.

The first issue is with Fox Sports itself. How on earth can you appeal to the masses if you can only watch your sport on pay TV? This has been one of the largest players in the decrease in rugby viewership.

It is also why the potential of a new broadcast deal with the Nine Network is so exciting. The short-term financial pitfall of a deal with Nine (reportedly being a few million less than Fox’s) is completely outweighed by the longer term exposure to the wider public that it provides.

The second issue is with the commentary team. Listening to Greg Clark, Rod Kafer and Phil Kearns on the weekend was totally disheartening. Without touching on the lack of technicality, their comments were lacklustre, and unnecessarily negative towards Wallabies players. The Wallabies’ performance was undervalued, while the All Blacks were lauded for their efforts.

This embodies itself in choosing the critical comment of a Wallabies decision or play over the enthusiastic, energy-filled, positive comment waiting to be voiced. Across all major statistics except the scoreboard, the Wallabies outperformed their All Blacks opposition, however this performance was not reflected in the noise emanating from the commentary box.

The NRL does this so well. Commentators get hyped over every available piece of skill and teamwork, and this mindset is infectious for the people who view it.

When listening to Ray Warren, everything is brilliant including the interchange, water breaks and any controversy. In this manner, the NRL commentators narrate their own story of the game, and week in, week out with the same fable being told, it becomes a reality in the hearts and minds of the viewers.

We don’t need hype merchants to sell the game like a ground staff voice-over calling for the crowd to stir. For good or ill, commentators are a part of the viewer experience. All we need is for our commentators to lift their energy and give voice to the growing sense of belief, culture and exciting prospect in this new-era Wallabies.

To Kafer and Kearns, I say this: get onboard. We have to be our own best cheerleaders. We have to bring on board the people who aren’t rugby tragics with energy and enthusiasm about the game. This should have been the overwhelming sense listening to the commentary of the game last week, but instead the taste in the mouth was still sour, even after the most scintillating trans-Tasman battle in years.

We need to narrate a new story of RA and the Wallabies to reignite passion in the broader rugby viewership in Australia. Kafer and Kearns, you are too infatuated with the RA of the ’90s. Let go of the past, and your small and now decidedly unimportant role in it. The broader viewership doesn’t care about this. They care about what is happening now, because the now of RA is looking up.

Australia’s kryptonite is back in All Black

A busy Illinois muni expected to close, although nearby course likely to be saved

The Wrap: Eight and a half crazy minutes light up the Bledisloe...

Rumours persist that Springboks will pull out of Rugby...

The Wrap: Rugby learnings of Australia for make benefit...

The gunshots were reported around 11 p.m. Tuesday.

'We do not understand why our German colleagues are in such a hurry in using the...

ADF crackdown on COVID-19 rules due to warm weather

The ADF is cracking down on people flouting social distancing rules this weekend...

Bill Gates explains how to beat the coronavirus pandemic

In a just-released 6,000–word memo, the billionaire breaks his silence on what we...

The governor wants to use the coronavirus crisis as an opportunity to repair the...

Cape Town named among most innovative cities in wake of...

Cape Town was named the most innovative city in Africa in the wake of the global...

Thousands are expected to attend a rally in Boston Tuesday evening in the wake of...

The employee was rushed to the hospital and underwent surgery on his jaw.

A veteran San Quentin prison guard who had been in a medically-induced coma as he...