Here's something good to remember about 2020. In Arizona, in the Phoenix Desert Vista High School's first boys golf match of the season (...) 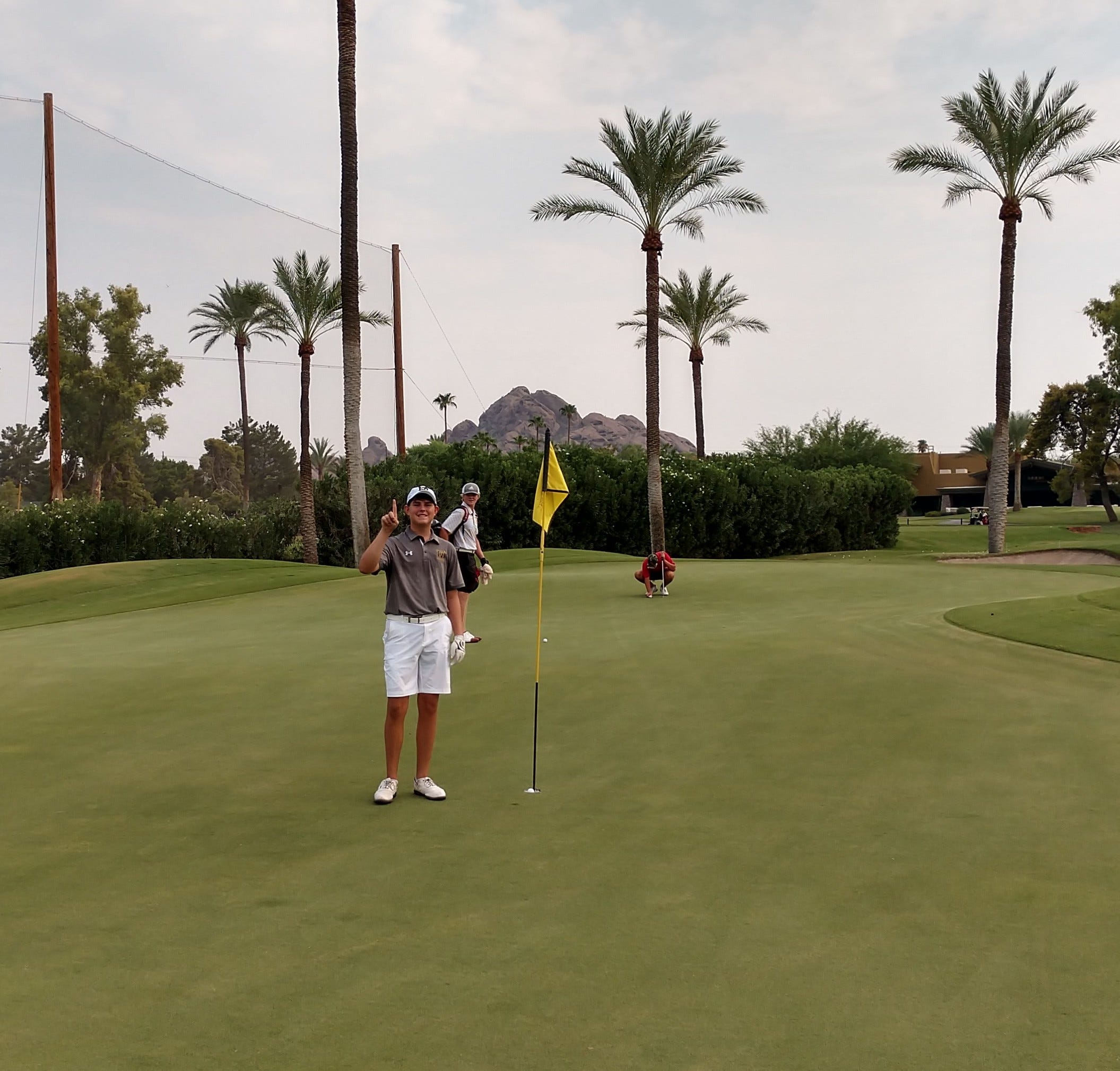 Here’s something good to remember about 2020.

In Arizona, in the Phoenix Desert Vista High School’s first boys golf match of the season on Tuesday, two Thunder players finished their matches by acing the 156-yard, par-3 ninth hole at the Arizona Country Club, both using an 8 iron.

First, sophomore Ross Koscis finished up his round with his first-ever hole-in-one.

“I didn’t even realize it until I walked up to the green,” he said. “My coach was the first one to see it in the hole, because he drove up to the green. When he saw it, he screamed, ‘You made a hole-in-one!”

Koscis said he started jumping up and down after he heard coach Matt Russo say that.

In the next group, it was junior Cody Besetti’s turn.

“It was insane,” Besetti said. “When I got to the ninth hole, I asked my coach if Ross actually got an ace or if it was a typo. I couldn’t believe it. So I got up to the hole and my coach said, ‘Show me what you can do.’ 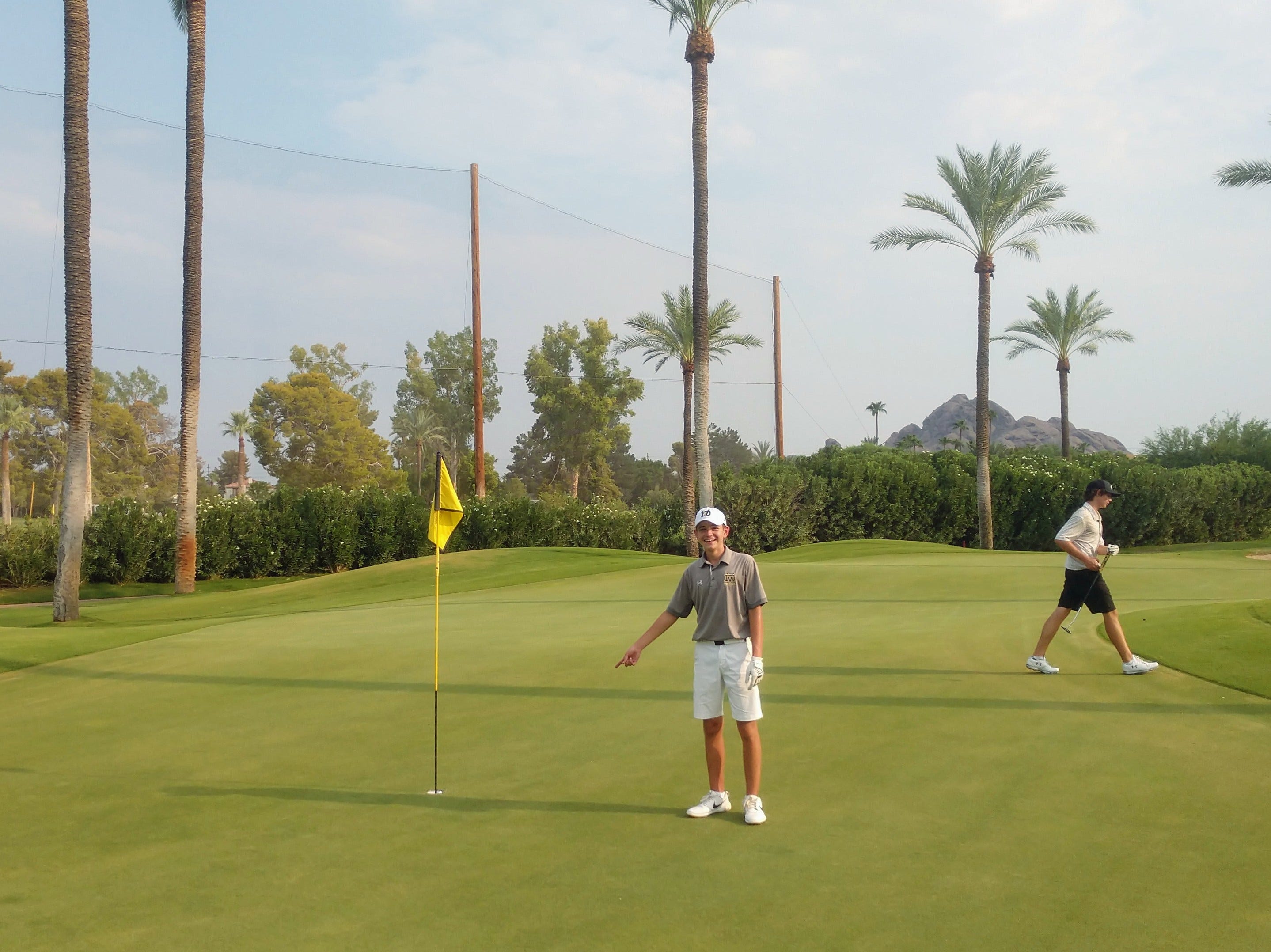 “Once I hit the ball and saw where it as going, I thought to myself, ‘Holy crap, this might have a chance.’ Once it slowly rolled into the side of the hole, I started freaking out and my coach just stood there in disbelief that he just saw two holes-in-one in a row after never seeing one before. I don’t even know how I reacted since I was so caught up in the moment. I felt like I was on top of the world.”

Russo wasn’t able to capture the actual hole-in-one by each golfer on video, but he made a video them each holding the ball on the green to commemorate the moments.

In his memo to the school on Wednesday, Russo wrote, “If I had video of the actual shots, we would belong on Sportscenter.”

“It really was one of the most amazing things you can see in sports for it to happen twice in a row on the same hole,” Russo said.

At Lydia Ko's Drive On press conference, a junior reporter...

Is Rory McIlroy using this down time to catch up to Bryson...