Tyler McCumber didn't see his father Mark win the 1988 Players Championship: he wasn't born until three years and one week later. But (...) 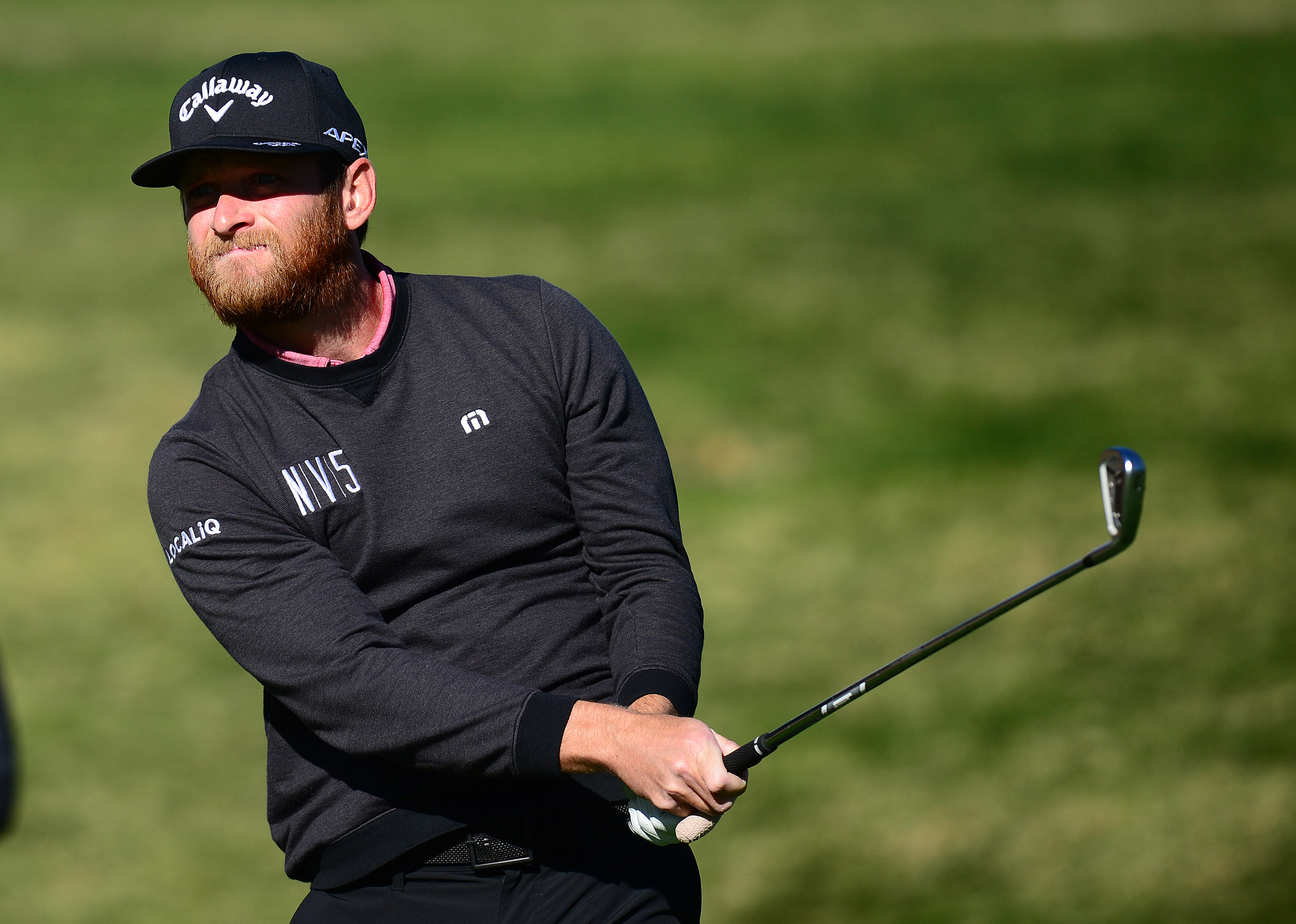 But he’s watched archived video supplied by PGA Tour Entertainment of his father mastering the Stadium Course at TPC Sawgrass that week, firing that was then the course record of 15-under-par 273 and playing 32 holes on Sunday (there was a rain suspension the day before) and not making a bogey until the final hole, when he had a five-shot lead on the 18th tee.

“He was in total control of his game,” Tyler McCumber said. “What struck me were the number of holes he went without a bogey, on that course, against those players. He loved the pressure. He thrived on being the hometown guy wanting to win his hometown tournament.”

He will get a taste of that this week as the family business at The Players Championship starts a new chapter on Thursday in the first round.

Tyler McCumber will make his first career start after qualifying for the tournament through his FedEx Cup points of the last two seasons (he’s 57th entering the week) and the Nease High and University of Florida graduate will complete the eighth father-son pairing in Players history.

Mark McCumber — a Jacksonville native who grew up playing the game at Hyde Park, graduated from Lee High School, won 10 times on the PGA Tour and went on to design a half-dozen First Coast golf courses — isn’t sure if he will be more nervous when his son steps to the first tee in the first round than he was fending off World Golf Hall of Fame members such as Payne Stewart, Lanny Wadkins, Greg Norman, Tom Kite, Ben Crenshaw and Bernhard Langer on the weekend 33 years ago.

“It took me a while to get comfortable in this tournament,” Mark McCumber, said referring to his first eight Players starts in which he missed four cuts and finished no higher than a tie for 35th until he tied for 12th the before he won, kicking off a streak of five top-13 finishes in a row.

You grow up in this town, with all the distractions of playing in front of your family and friends, and it’s not easy. People think you have a home-field advantage but you press a little bit. But I think he’s more prepared for that than I was. He’s incredibly strong, emotionally, and I think he excels more when it matters. Bert Yancey [McCumber’s mentor as a young pro] always told me, ‘it’s good to be nervous. If you can’t spit you’re having fun.”

Tyler McCumber isn’t cruising into the tournament with a ton of momentum. He missed the cut last week in the Arnold Palmer Invitational with rounds of 79-75, and since his two best combined weeks on Tour last fall, when he was solo second in the Dominican Republic and tied for sixth at the Sanderson Farms Championship, McCumber has missed six of nine cuts and finished no higher than a tie for 40th.

But he’s still learning to put four good rounds together on the PGA Tour. McCumber was in the final twosome for the third round of the Genesis Invitational with opening scores of 67-68 — just two days after he bashed his finger in a sliding glass door at his hotel and needed to have his nail removed. 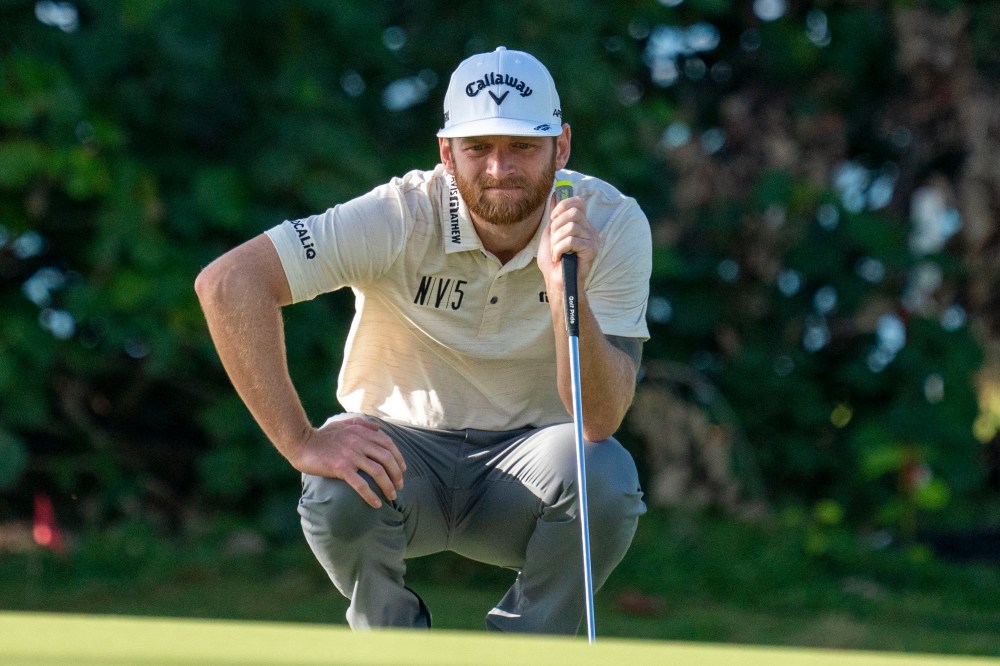 Tyler McCumber lines up his putt on the 11th hole during the first round of the Sony Open golf tournament at Waialae Country Club. Kyle Terada-USA TODAY Sports

Doctors advised him to withdraw. McCumber played on.

“Last week … was just a matter of being on a hard course with a couple of swings that were two-shot penalties,” he said. “I still feel like I’ve got a lot of positives going for me. I think I’m fighting the ball really well in my windows, my short game is very sharp and that can come in pretty handy at the Stadium course. I’m working on tightening up my iron play and I’m driving it well.”

His road to The Players is the result of a lot of paid dues, on the Korn Ferry Tour and two of the PGA Tour’s international circuits. McCumber was the first player to get his Korn Ferry Tour card through two of those tours, PGA Tour Latinoamerica and the Mackenzie Tour-Canada.

He won three times on each tour and has 45 career starts on the Korn Ferry Tour.

McCumber got his PGA Tour card by finishing 22nd on the Korn Ferry Tour money list in 2019, highlighted by four top-10 finishes.

Tyler McCumber has played the Stadium Course dozens of times, from late afternoon rounds with his father to junior tournaments, college events with the University of Florida and amateur events.

One thing he does know: the course that the rules staff and TPC agronomy staff will present to the players will be nothing like he’s seen before.

“I’ve played this course in every kind of condition, weather, wind direction — except under PGA Tour conditions,” he said. “But I think I have a good database of knowledge that will help me. It’s a chess game. Be aggressive when you have the opportunities but know when to respect the course and its teeth.” 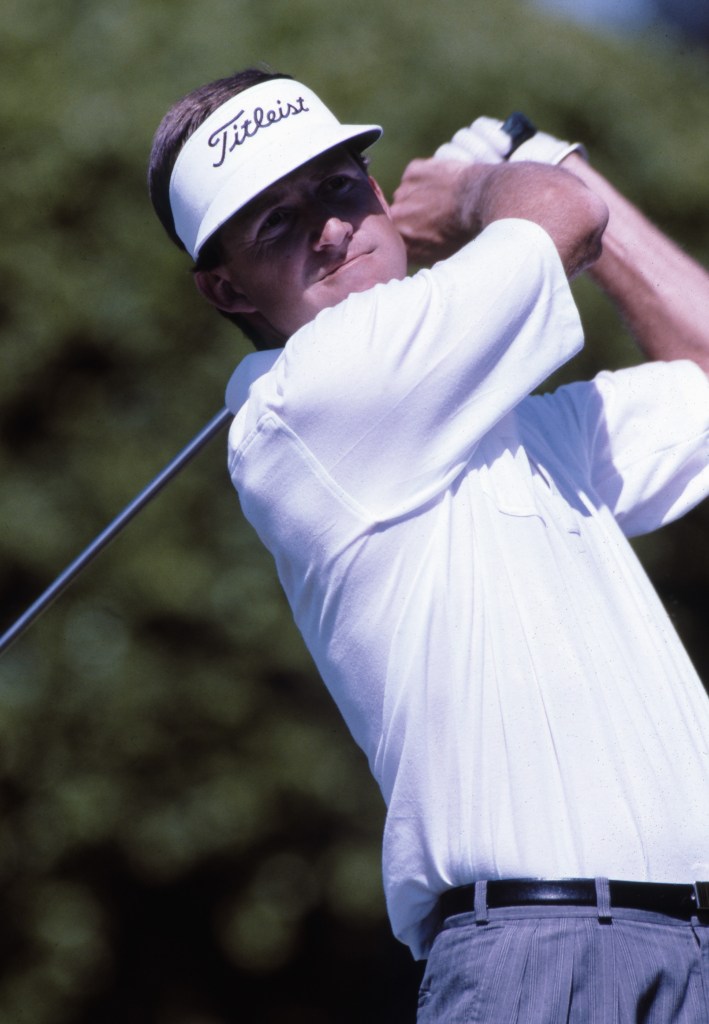 Mark McCumber, shown here following through his shot during the 1989 Doral Ryder Open, was a winner at TPC-Sawgrass and admitted this will be an emotional week. RVR Photos-USA TODAY Sports

Mark McCumber said the shock to the system of young pros who compete in The Players for the first time is a combination of green speed, firmness and hole locations.

“Any rookie or first-time player in this tournament can’t really know what the course is like until the week of the tournament,” he said. “They will see hole locations they’ve never seen. You don’t normally hit into greens that are firm, rolling 13.5 [on the Stimpmeter] with the hole cut three paces from the edge. The patience he and the other young guys will need, their ball-striking, short game, putting and emotional control will test every single aspect of their game.”

Mark McCumber didn’t deny one other thing: his emotions will be tested watching his son play the same course he conquered in 1988. He’s followed his son in hundreds of amateur and professional golf tournaments and said he eventually learned something.

Practice what he preached.

“I’d tell Tyler about being patient, but then I’d be like any other parent watching their kids at a dance recital or soccer game, anxious for them, wanting them to do good,” he said. “But I catch myself being so nervous that I’d have to tell myself, ‘you’re always telling him to do all you can to prepare, totally commit yourself, and then you can live with the results. I needed to be confident in what he was doing.”

But Mark McCumber said the main emotion that will be running through him when Tyler tees off will be sheer joy.

“His mother and I and his entire family will be really happy for him,” he said. “Not many people get to play on the PGA Tour and only the best players in any given year got to be in this championship. It says a lot about his hard work paying off.”

Could Cape Cod Country Club become a solar farm? That's what the owner is asking.