Tyrrell Hatton maintained his hot hand through the final round of the Abu Dhabi HSBC Championship, while former World No. 1 Rory McIlroy did (...) 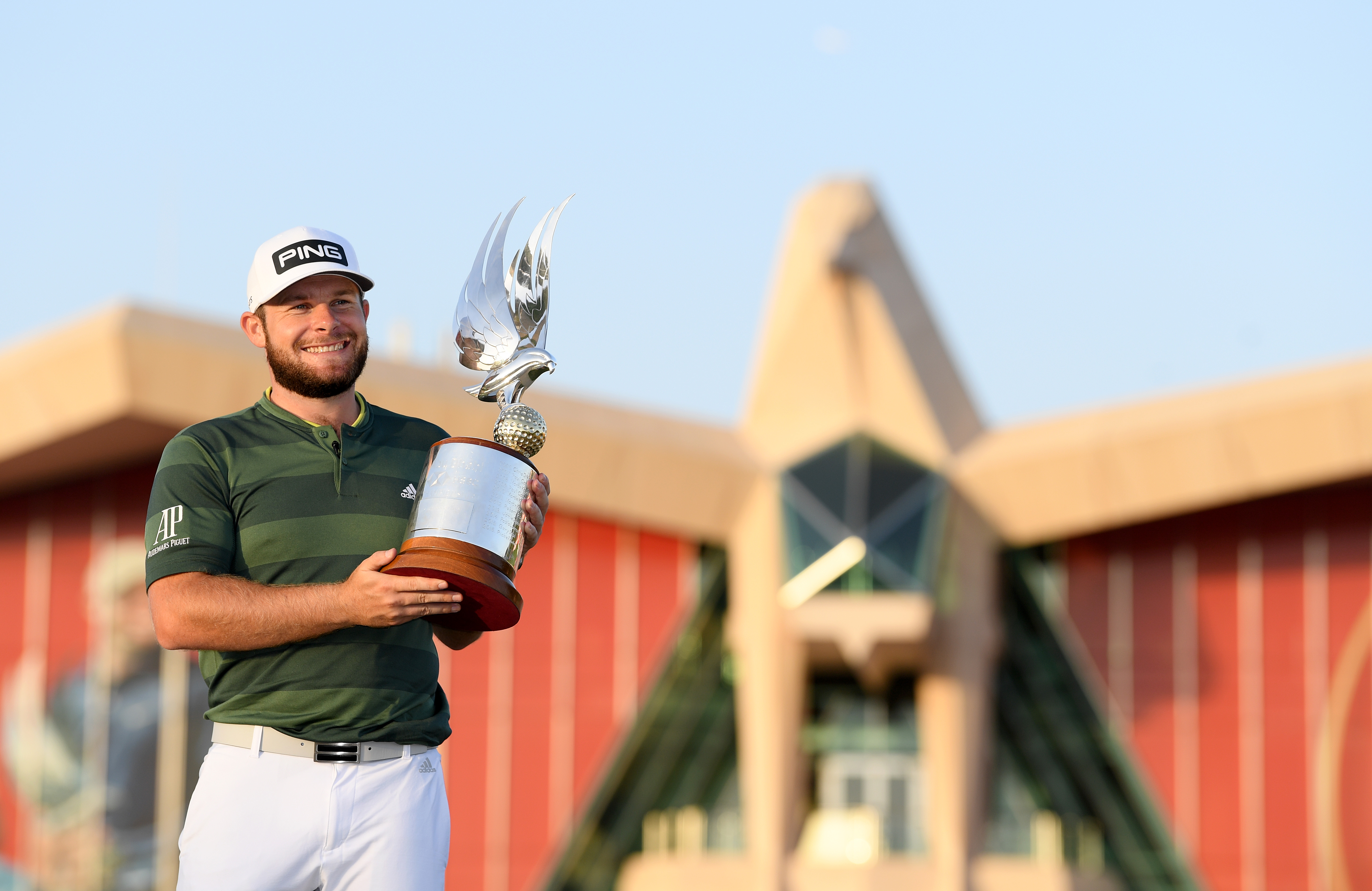 Tyrrell Hatton maintained his hot hand through the final round of the Abu Dhabi HSBC Championship, while former World No. 1 Rory McIlroy did not.

Hatton’s 66 was good enough for a four-stroke victory, claiming a $1.335 million prize and his sixth European Tour title — including four in the lucrative Rolex Series.

“Even knocking the putt in on 18 doesn’t seem like I’ve won the tournament, but it’s amazing,” Hatton said after the win. “I’ve always loved starting my season here in Abu Dhabi and to now add my name on that trophy with so many great champions before me is a huge honor.”

With the win, Hatton leapfrogged McIlroy in the world standings, improving to a career-best No. 5. He did so by matching birdies with McIlroy on No. 2 and then added two more before the turn to take the lead.

“I’m definitely pinching myself, it’s just very surreal to be that high in the world rankings,” Hatton said.  “I’m struggling to find the words to put it across but I’ll just say it is very cool to be where I am at the moment.”

Meanwhile, McIlroy finished with an even-par 72 on the day to finish at 13 under for the event. He slipped out of second place when Australian Jason Scrivener, who posted a 29 on the back with five birdies and an eagle, nipped him by one stroke.

McIlroy had previously finished in second on four different occasions at this event and hoped to snap his drought, but it wasn’t to be.

“I don’t feel like I played great this week, I felt I was managing my game a bit,” McIlroy said. “It’s nice to get a competitive week under my belt, know where my game is and see what I have to do to keep improving.”

This footage of Cameron Davis hitting righty and lefty...

Annika Sorenstam is turning 50: Have you seen her amazing...