Car dealers have reported relatively strong sales since the government allowed showrooms to reopen in England on Monday morning, more than two months after they were forced to shut in the coronavirus lockdown. Read more: UK car dealers report strong trade as lockdown eases 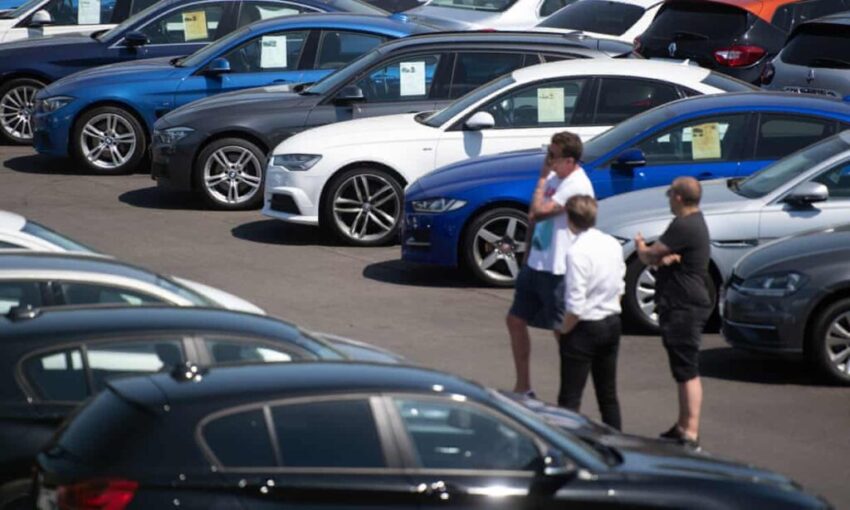 Car dealers have reported relatively strong sales since the government allowed showrooms to reopen in England on Monday morning, more than two months after they were forced to shut in the coronavirus lockdown.

Vertu Motors, a Gateshead-based dealership group, sold 451 cars on Monday and 411 on Tuesday, about 100 more than on an average day, said its chief executive, Robert Forrester.

The easing of lockdown rules for showrooms and outdoor markets – with physical distancing measures in place – has allowed Vertu to reopen its 121 dealerships in England. About 50% of its 6,000 workers are furloughed, down from 83% at the peak of the lockdown.

“It has started off stronger than I expected,” Forrester said. “There is some optimism in the customer base that they want to get out and get on.”

The company’s 12 dealerships in Scotland remain closed because the devolved government has not yet allowed car showrooms to reopen.

Interest has been broad across customers of different ages. Vertu service bookings hit a record high on Monday and Tuesday.

Kim Costello, Pendragon’s chief marketing officer, said demand was not far below pre-crisis levels, although she said it was too early to give exact sales data for June.

The company, which struggled to a loss last year, had some demand from buyers looking for alternatives to public transport, she said.

The government and environmental campaigners have urged people to consider cycling and walking to avoid increasing pollution, but carmakers said there was evidence in multiple countries of sales bolstered by a desire to avoid public transport.

“We have seen quite a bit of traffic,” Costello said. “Some of it has been pent-up demand and some of it is people being extra cautious.”

Costello also said Pendragon buyers continued to prefer online transactions and the home-delivery services that it introduced when lockdowns began.

Seán Kemple, the director of sales at Close Brothers Motor Finance, said: “Car dealers have been working hard to implement social-distancing measures, offering remote services, click and collect approaches and designated collection bays. These measures will put dealers in better stead for a post-Covid landscape where caution will prevail.

“The huge release of pent-up demand from the past few months will boost the market in the short term, giving the industry time to work toward longer-term recovery.”

However, concerns remain over the medium-term outlook for the sector. Cars are often the second most expensive purchase made by consumers, meaning the market is sensitive, particularly to rising unemployment.

Will Craig, the managing director of the car-leasing comparison website LeaseFetcher, said in the past week there had been 70% increase in interest compared with mid-May, but with cheaper used cars more popular.

Figures for the next few weeks could be distorted by the need for drivers to replace vehicles after the expiry of leases and personal contract purchase deals in the past two months, Craig said. However, prices had not yet dropped significantly, he added.

How To Make Data-Driven Marketing Decisions

5 significant factors to consider when choosing a poker...

Taking a proactive approach to mental and physical wellbeing...

Nearly half of UK companies rely on spreadsheets for recovery...

The Power of using branded merchandise as your company’s...