The boss of an influential lobby group has quit over derogatory comments he made about the financier Amanda Staveley 12 years ago when he was a banker at Barclays. Read more: UK Finance chief Stephen Jones quits over ‘unpleasant’ remarks about Amanda Staveley 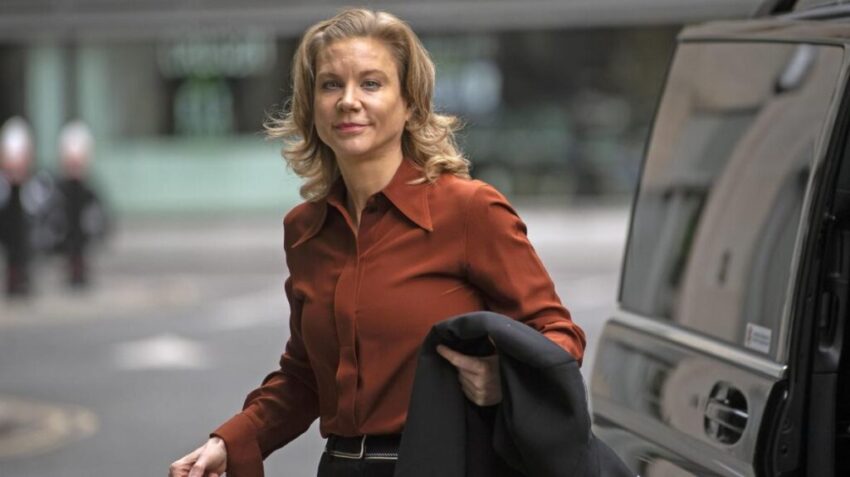 The boss of an influential lobby group has quit over derogatory comments he made about the financier Amanda Staveley 12 years ago when he was a banker at Barclays.

Stephen Jones stepped down as the chief executive of UK Finance last night after offering his resignation to the group’s board.

His exit comes after Ms Staveley’s firm, PCP Capital Partners, claimed in a legal document last week that Mr Jones had made “thoroughly unpleasant comments” about the businesswoman to a colleague at the height of the financial crisis.

The incident has threatened to deeply embarrass UK Finance, which represents more than 250 firms and has made tackling gender inequality in the financial services industry an important aim. Mr Jones, 55, has been its boss ever since the association was created three years ago.

Mr Jones’s alleged remarks were referenced in PCP’s opening written submission released on the first day of a case in the High Court that Ms Staveley, 47, has brought against Barclays. The comments have not been disclosed.

Ms Staveley’s written witness statement also referred to other unsavoury remarks allegedly made by Mr Jones. The document included extracts from a transcript of a call that he had with a Barclays colleague, in which it is claimed Mr Jones called PCP a “bunch of scumbags” and “f*****s”.

Mr Jones said: “I have apologised to Ms Staveley and to my colleagues for the comments made in 2008 and feel . . . it is right I step down from my role at UK Finance.”

Barclays raised £7.3 billion from investors including Qatar and Sheikh Mansour bin Zayed al-Nahyan of Abu Dhabi in October 2008. PCP was working with Sheikh Mansour and is suing Barclays for as much as £1.5 billion for alleged deceit during the fundraising.

UK might introduce a bank holiday in October boosting economy...

Three Pieces Of Advice That Will Improve Work Ethics In...

Employers call for furlough scheme flexibility and extension to...