Some might say The Handler, others might say Leonard Peabody. Which villain is actually Umbrella Academy's best? 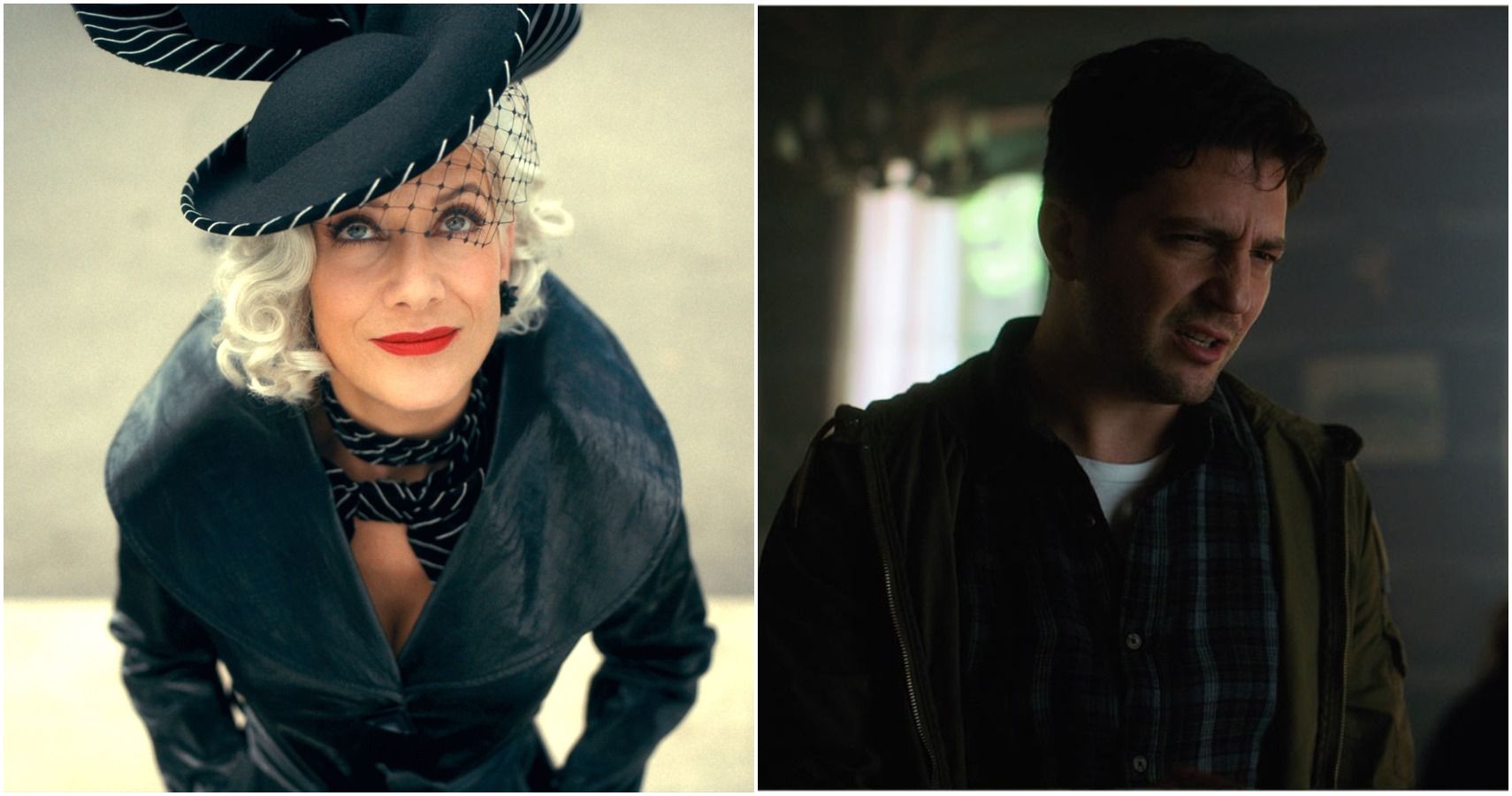 The Umbrella Academy follows the lives of The Hargreeves siblings as they deal with the implications of a traumatic childhood, cruel, neglectful father, the pressure of saving the world, and their place in the ordinary world.  Then their missing brother comes back with news of the apocalypse.

RELATED: Which Umbrella Academy Character Are You Based On Your Zodiac Sign?

Here we have our dysfunctional heroes, but who are the villains of the story? Enter The Handler and Leonard Peabody, two of the main antagonists of the show. The masterminds.

10 THE HANDLER: A Powerful Position

The Handler will do anything to keep her power. She's unafraid to go into the field herself to do what needs to be done. She makes a deal with Five and gets him to kill the entire Temps Commission Board Of Directors. She holds Carmichael hostage in a fish tank and then swallows him. Because of her position in The Temps Commission, she has access to time. She is able to heal from her bullet wound to the head and return to season 2 as though nothing happened to her, and she is able to pause time when she pops in somewhere.

Just as every hero has an origin story, so do the villains; and Leonard's isn't a pleasant one. Leonard was born on the same day in the same year as the children in The Umbrella Academy. His mother tragically died in childbirth leaving Leonard's father to raise him. His father was overcome by the loss of his wife and his drunken habits made him abusive and loathsome to his only son.

RELATED: The First Season Of The Umbrella Academy: Ranking Every Episode From Worst To Best

Leonard sought comfort in The Umbrella Academy and even tried to reach out to Reginald, but he was humiliated and cast aside. Leonard became vengeful. He murdered his father and spent his youth incarcerated. When he was finally free, he decided to get his revenge on the Hargreeves siblings using Vanya.

8 THE HANDLER: She's Put Together

Viewers of the show are more likely to see The Handler with calm wrath rather than outright rage. She'll come into a hectic situation and turn it on its head. It's scary how calm she is, even when she's on the brink of failure. When she discovers Carmichael has taken her role at The Temps Commission, she develops a plan to get it back. She also puts effort into her appearance, walking around like the boss she is and getting away with decadent style. She wears a mean red lip and has her hair styled in many gorgeous ways.

The award for the most deceptive goes to Leonard Peabody, aka, Harold Jenkins. He sought out Vanya in the guise of a violin student. He faked feelings for her and all of his charms were ill-intentioned. He turned her against her siblings, using her feelings to validate his agenda.

RELATED: The Umbrella Academy: 5 Times We Felt Bad For Vanya (& 5 Times We Hated Her)

He used Reginald Hargreeves' journal, which he fished out of the trash, to control Vanya's powers and train her for his own use. He made her think he cared about her and used her vulnerabilities.

6 THE HANDLER: She Kidnapped Lila

The Handler ordered the hit on Lila's parents. She forged Carmichael's signature and used Five to execute the kill so she didn't get her hands dirty. She then lied to Lila about how she was adopted and brought her up as a trained assassin. The Handler's conscious isn't a bit shaken. In fact, she's about to do the same thing to Harlan and uses Lila to get there. Out of the list of messed up things to do, this is definitely near the top of  The Handler's list.

Time and time again, Leonard proved himself to be an unsettling person. He murdered the first string and remained unfazed. He had pictures of The Umbrella Academy with their eyes gouged out. He yelled at and provoked Vanya seconds before his death. He found it difficult to remain calm when helping Vanya discover her powers. He arranged for himself to be beaten up and then killed the perpetrators. He even loses an eye in the process. He found joy in Vanya's despair as she watched her sister bleed out on the floor.

4 THE HANDLER: She Killed The Hargreeves Siblings

Ah, but did she? Technically, The Handler succeeded where Hazel, Cha-Cha, and The Swedes did not. She killed The Hargreeves siblings. She found them grouped together in a moment of vulnerability and opened fire.

RELATED: Umbrella Academy: The Worst Thing Each Character Has Done

Yes, it's true that Five went back in time by a few seconds, thereby reversing her actions and still killing her in the process. But for one shining moment of triumph, The Handler was the true villain of the episode.

Leonard looks perfectly ordinary. He's got a little shop and doesn't bring any attention to himself. He hides his criminal history by changing his name and plays the role of a lonely outcast nice guy. This works for most people. But it didn't fool Allison. While The Handler makes loud noise with her appearance, Leonard's plan requires him to keep a low profile.

2 THE HANDLER: She Wants The Apocalypse To Happen

Leonard helped unlock Vanya's powers. He emptied her pills. He encouraged her. He fed her hatred. He attempted to train her. He released her powers after years of effort to keep them hidden. He defeated Reginald Hargreeves. He inadvertently caused the apocalypse... the end of the world. He was killed in the process, but by that time it was already too late to stop her rage.

NEXT: The Umbrella Academy Characters, Ranked By Intelligence

Superman: Man Of Tomorrow – 10 Hidden Details You Missed From The Movie

Adam Sandler Wants To Make A ‘Sandlerverse’ For His Original Characters