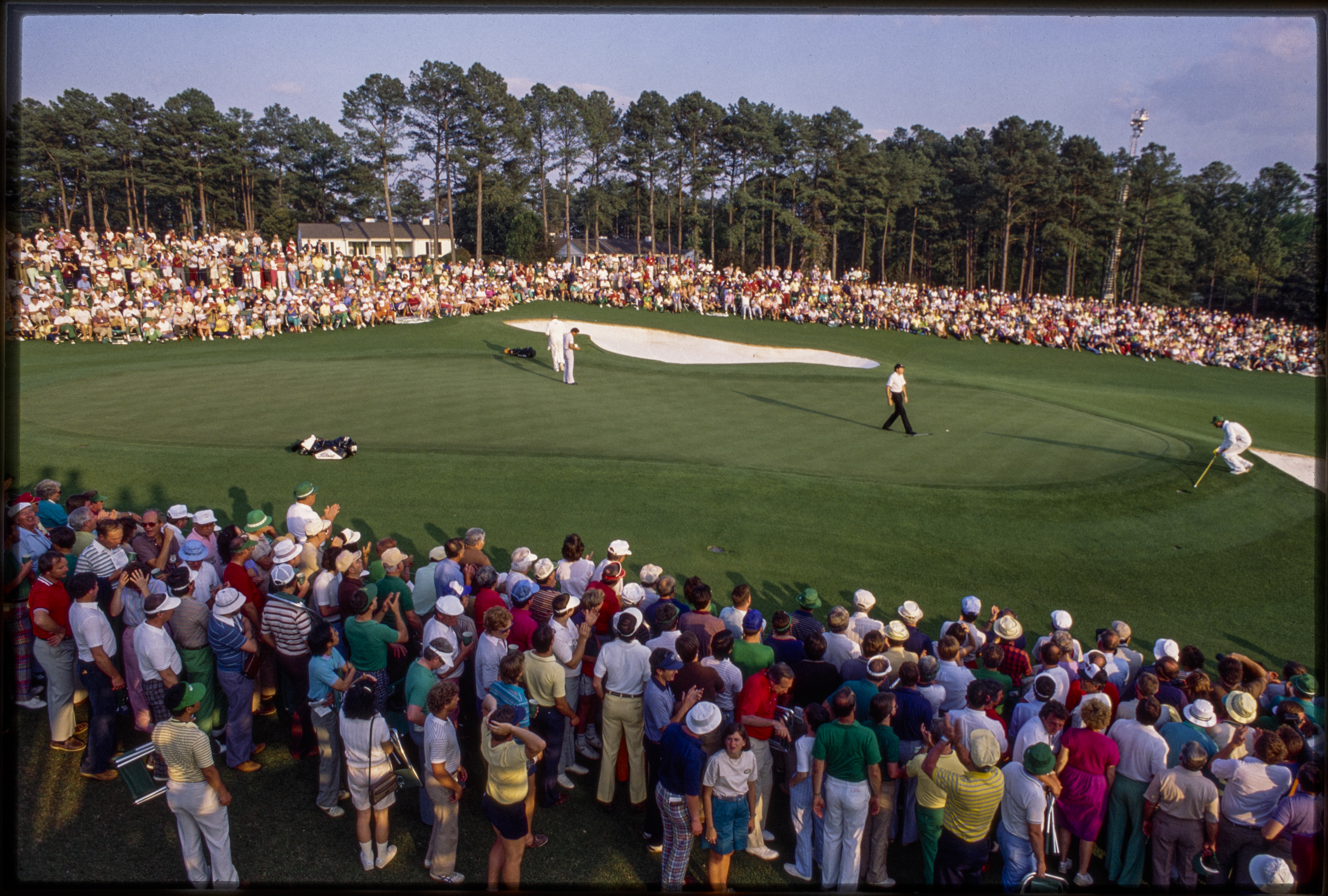 A focused Tom Watson opened the 1981 Masters with rounds of 71-68 to trail Jack Nicklaus — who shot 65 on Friday — by four strokes, but Watson held a one-stroke 54-hole lead at 7-under 209 after Nicklaus ballooned to 75 on Saturday.

In an interesting twist, the game’s two heavyweights weren’t paired together in the final round as the Masters opted to send off the first and third-leading scorers in a twosome, then the second and fourth, and so on down the line.

“You have to be kidding,” Nicklaus said when he heard that Watson would play the final round with Masters debutante Greg Norman, and he with John Mahaffey.

Now, a number of never-before-seen photos from The Augusta Chronicle archives capturing the scene 40 years ago at the 1981 Masters have been unearthed, many of which sit below. Some of these are being seen in color for the first time.

For more insight, including a longer video of Watson discussing the victory, click here to see the entire project, which was a collaboration between the Augusta Chronicle, Golfweek and USA Today. And here’s Schupak, talking about the interview with Watson:

Tiger Woods was 'today years old' when he did what at Northern...

A desert miracle? No need for a coronavirus asterisk for...

Tiger Woods is back in Payne's Valley Cup: What is it,...