On February 20th, a United Airlines Boeing 777-200 equipped with Pratt & Whitney PW4077 engines was climbing out… 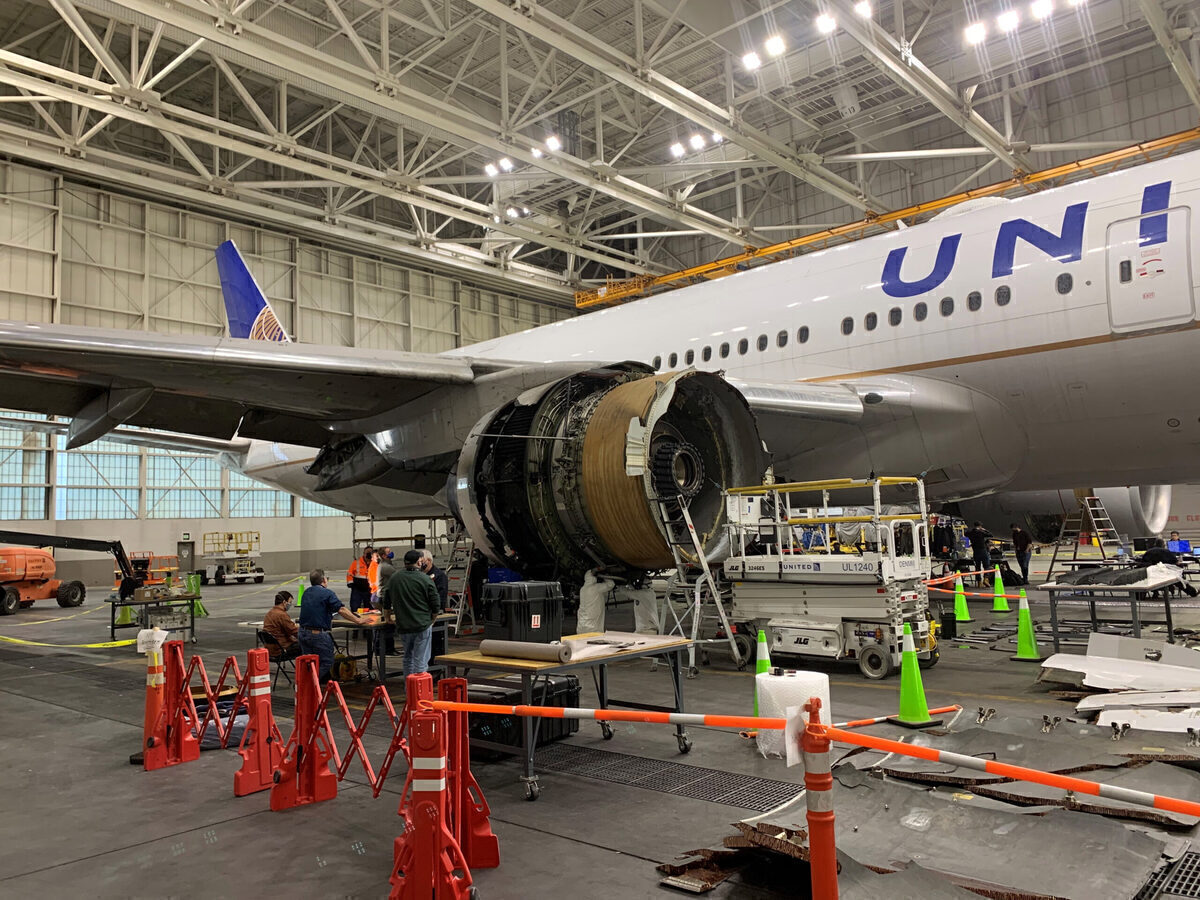 On February 20th, a United Airlines Boeing 777-200 equipped with Pratt & Whitney PW4077 engines was climbing out of Denver International Airport when the flight deck crew throttled up the engines in expectation of turbulence. However, a significant bang was heard, followed by fire coming from the right engine, forcing the pilots to bring the jet back to its departing airport. There has been a considerable backlash to this incident, prompting legal action, including two additional lawsuits revealed this week.

According to NBC News, two passengers who were on board the aircraft when it had to make an emergency landing after debris fell down on over Colorado are seeking legal action. Each lawsuit is being filed separately in Chicago, the home of the legacy carrier. The two filers are Honolulu-based Joseph McGinley and Sioux City-based Jonathan Strawn.

The pair express that they “have suffered personal, emotional and financial injuries” following the flight. Ultimately, they say that they feared the 777 would crash after the explosion and flash of light.

Even though no injuries were reported on the aircraft or on the ground, Chicago attorney Robert A. Clifford highlighted the emotional trauma related to such an event.

“Imagine as a passenger looking out the window of a plane and helplessly watching the engine on fire,” Clifford said in an announcement of the lawsuits, as reported by NBC News.

“The terror you experience lasts a lifetime.”

This news follows the announcement of a class-action lawsuit filed with a Colorado court last month. The plaintiff’s legal representatives claimed that the incident could have been avoided if United had inspected the engine’s fan blades adequately.

Altogether, the National Transportation Safety Board (NTSB) published an update on its investigation into the matter in early March. The group shared it had found numerous fatigue fracture origins on a fan blade that had been fractured 7.5 inches above the base at its trailing edge. The second fractured blade showed indications of overload failure, which is consistent with secondary damage.

“Initial review of maintenance and inspection data for the blade with the fatigue fracture, revealed it had experienced 2,979 cycles since its last inspection. This blade underwent thermal acoustic image inspections in 2014 and 2016,” the NTSB shared in a statement.

United had to ground 24 777s affected by an airworthiness directive by the FAA. As a result, the airline has been sending some of its Boeing 767-400ERs back into the air. The carrier will undoubtedly be keen to ensure the issue is resolved safely.

Simple Flying reached out to United Airlines for further comment on the reports. We will update the article with any additional information from the carrier.

What are your thoughts about United Airlines facing more lawsuits over the 777 engine incident? How will the situation pan out in the future? Let us know what you think in the comment section.

How Do Flight Crew Handle Fires In The Passenger Cabin?

Boeing Backlog Drops By 500 As No New April Orders Are...

Emirates In Talks With Airbus To Cancel Some A380 Orders