OCALA, Florida – While the Kordas have dominated 2021 early winning the first two events, they aren’t the only sister acts worth noting (...) 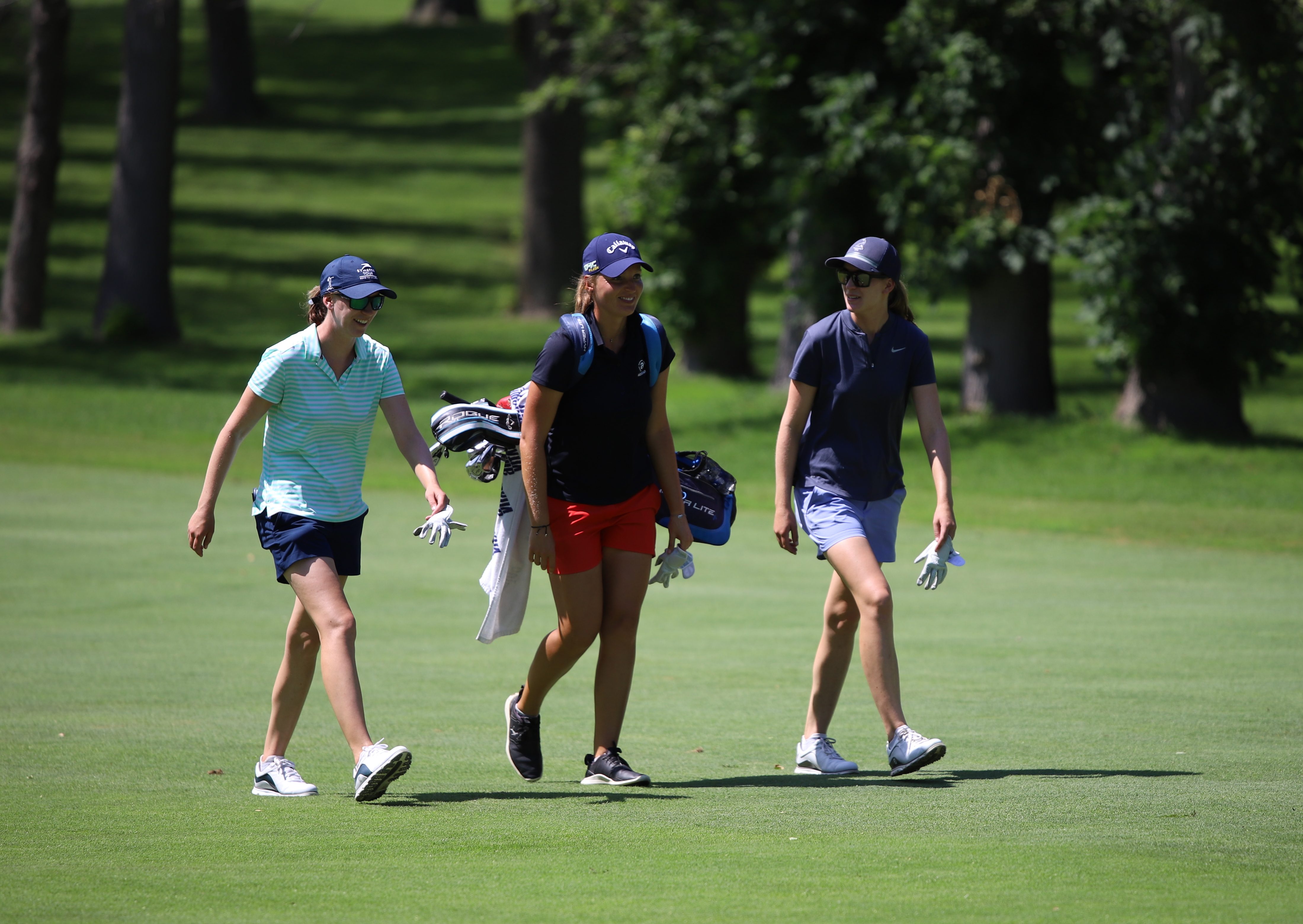 OCALA, Florida – While the Kordas have dominated 2021 early winning the first two events, they aren’t the only sister acts worth noting at this week’s LPGA Drive On. Jenny Coleman and Leona Maguire – who are both in the top 10 at Golden Ocala – have identical twin sisters who also played professional golf.

Ireland’s Maguire sisters played together at Duke with Leona spending 131 weeks as the No. 1 amateur in the world. Leona’s sister Lisa, who rose as high as 35th in the World Amateur Golf Ranking, played professionally on the Symetra Tour before recently switching gears to dental school.

Jenny Coleman and her sister Kristin played together at Colorado and then on the Symetra Tour. Jenny finished third on the 2019 Symetra Tour money list to graduate to the LPGA. Kristin still competes on the developmental circuit.

Both Leona and Jenny are looking to post a career-best finish in Ocala. Jenny, 28, has $19,668 in career earnings on the LPGA with her best finish, a T-26, coming at last year’s ISPS Handa Vic Open. 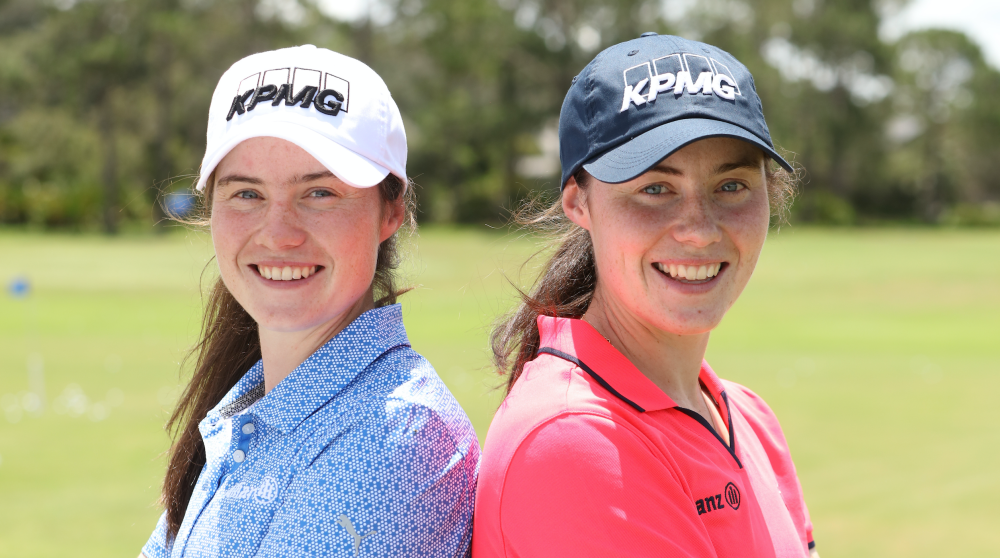 “Usually I’m a pretty solid ball-striker,” said Coleman after Friday’s 3-under 69, “and all I’m waiting for is the putts to drop. I got that going the last couple days.”

Jenny Coleman held or shared 28 school records when she left Boulder. Her biggest golf superstition: She only uses even-numbered golf balls; her sister takes the odds.

When Leona Maguire, 26, won the 2012 Irish Girls Stroke Play Championship, it was her sister Lisa’s name that was engraved on the trophy. Lisa only who found out about it when the next year’s winner sent her a congratulatory text.

Mix-ups are commonplace for the talented pair.

The Maguires made their professional debuts at the 2018 ShopRite LPGA Classic. Leona won 10 times at Duke and owns the three lowest single-season stroke averages in school history. She was a two-time ANNIKA Award winner for national player of the year. 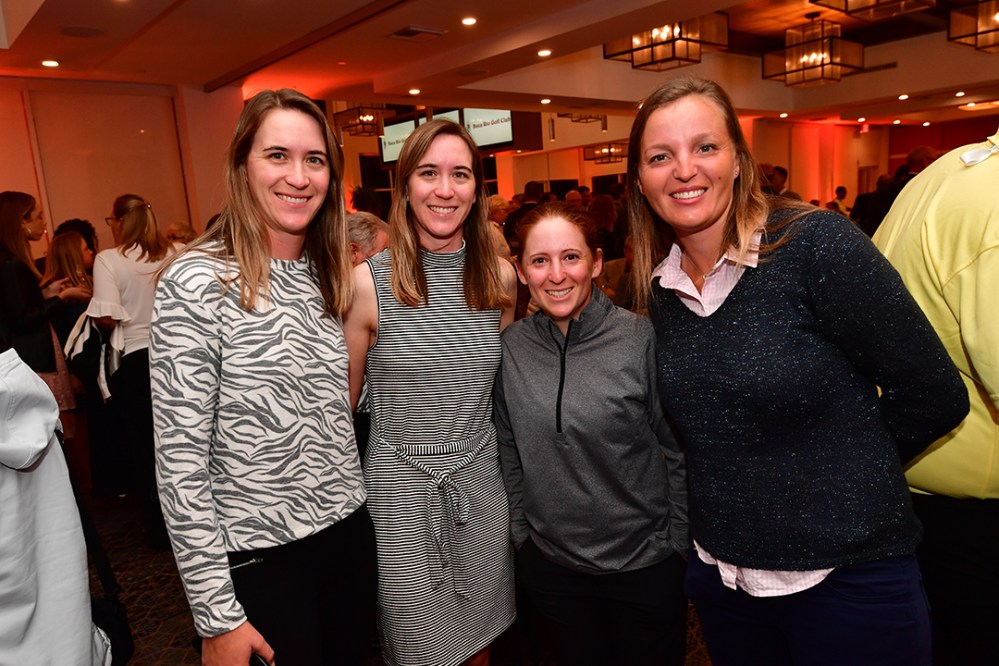 Leona tied for 16th last week at the Gainbridge LPGA on her home course, Lake Nona. Her career-best finish also came at last year’s ISPS Handa Vic Open, where she tied for fourth.

In 2020, Leona led the tour in overall putting and says Aimpoint is a reason for the rise, particularly on putts with a lot of break. She learned the putting system with her coach midway through last year.

“So I had been using green books before that,” said Leona, “but I guess I wasn’t using them properly. Yeah, now that I’m doing it properly it helps a little. … It was something I stayed clear of for a long time. I didn’t like the idea of AimPoint. I liked playing quick and I didn’t want it to slow me down. It’s actually is really quick and I really like the new way of doing it.”