US ‘Declares War’ On Climate Change, Australia Immediately Signs Up To Help Fight It

Scott Morrison has committed to achieving net zero by 2025 and says Australia will contribute whatever resources necessary to defeat climate change, after the United States declared war on the issue late last night.

Australia had been refusing to make any commitment to take climate change action, but made a rapid about face after President Biden’s announcement.

In a televised address to the nation, Prime Minister Morrison said Australia stood side by side with its closest ally and was ready to act immediately. “This is a fight that affects every one of us. We stand ready and willing. Australia will do whatever it takes to help defeat this evil force,” he said.

The change in language from President Biden came after an aide suggested it would be the best way to get Australia to commit to a net zero target. “We were throwing around ideas of how to get Australia to play its part on tackling climate change, and an adviser says, ‘just say it’s a US-led war and they’ll immediately sign-up to do anything’. Even we were surprised by how quickly it worked,” a White House source said.

Justice Department officials are touting an early victory in the new War on Terror after a drone strike in Loudoun County, Virginia took out the chairwoman of a prominent parent activist group. The terrorist, Karen White, was believed to be the leader of a local terror cell that opposed mask mandates and carried out a The post Drone Strike at School Board Takes Out High-Ranking Concerned Parent appeared first on The Mideast Beast. 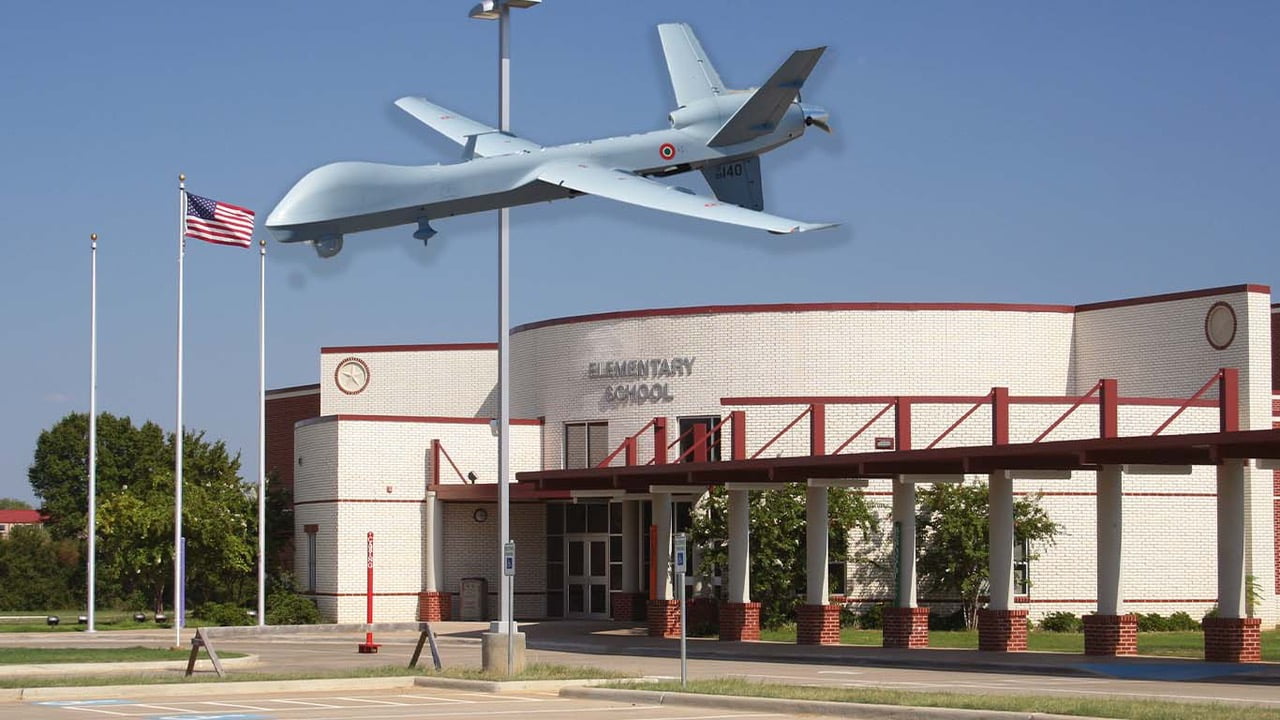 Justice Department officials are touting an early victory in the new War on Terror after a drone strike in Loudoun County, Virginia took out the chairwoman of a prominent parent activist group.

The terrorist, Karen White, was believed to be the leader of a local terror cell that opposed mask mandates and carried out a number of brazen attacks. Last week, White spoke for nearly seven minutes at a Loudoun County School Board meeting, blatantly ignoring the three-minute limit for public comments.

The strike, carried out early Monday evening, was the first since Attorney General Merrick Garland announced that he planned to treat parents speaking out against their local schools’ policies as domestic terrorists.

“If we did not act, Ms. White very likely would have carried out further attacks against these innocent school board members,” Garland said in a press conference announcing the strike. “We had intelligence indicating that Ms. White planned to question the district’s student reading list at the next board meeting. We could not just sit back and let that happen.”

The drone strike, a joint effort of the FBI, CIA, Justice Department and local police, struck White’s Jeep Grand Cherokee at 6:17 p.m. as it pulled into the school parking lot just minutes before White was set to attend another school board meeting. Twelve civilians, including seven children, were also killed in the strike.

“We hate to see any loss of innocent life as a result of our actions,” Garland said. “But frankly, the damage Karen would have caused would be much greater had we failed to act.”

The post Drone Strike at School Board Takes Out High-Ranking Concerned Parent appeared first on The Mideast Beast.

Andrews Bows To Overwhelming Weight Of Evidence From Protesters...