MAMARONECK, N.Y. — There are perks that come with the job, but Colin Burns rarely ventures down the meandering stairs to play the historic (...) 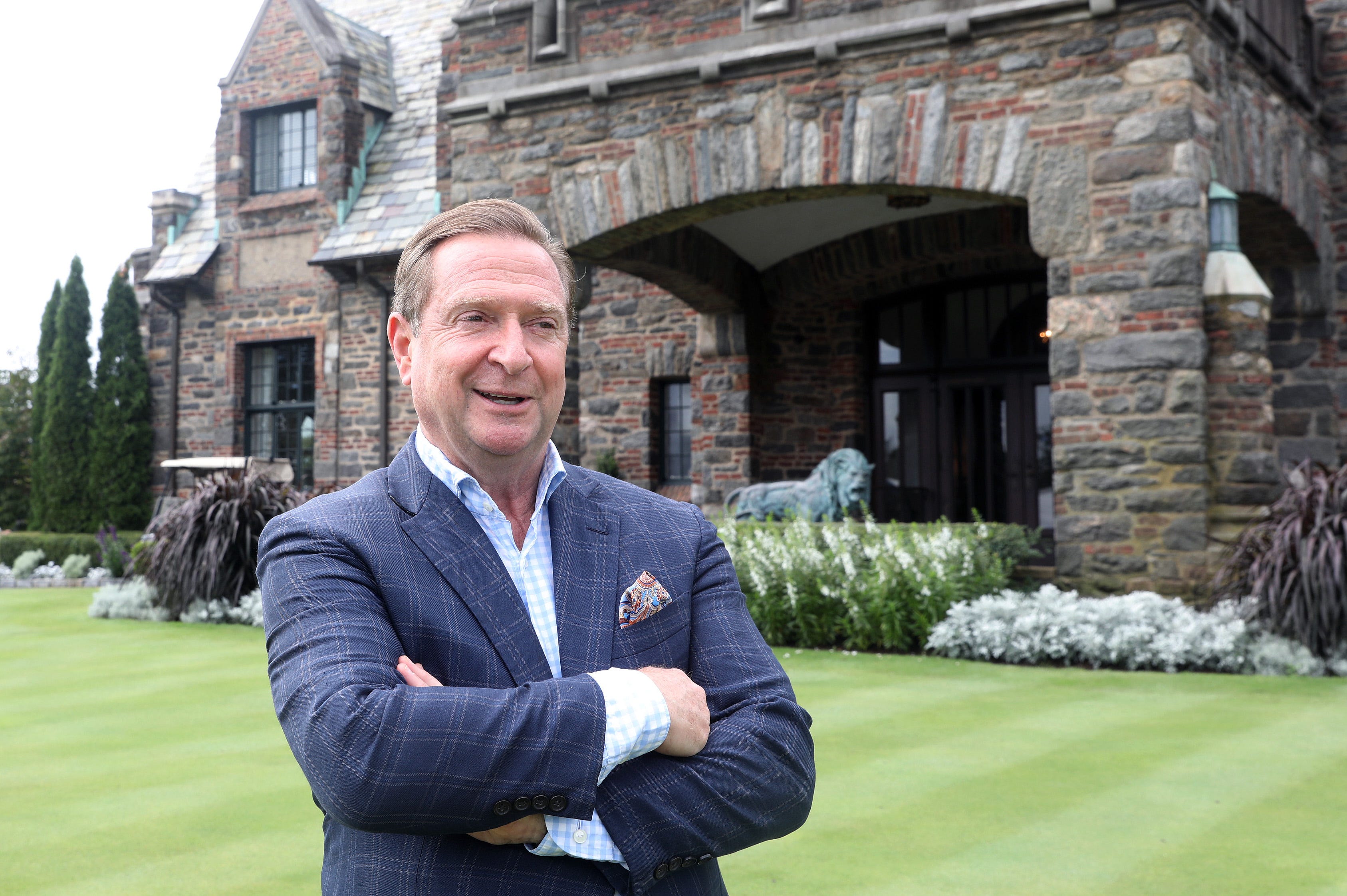 MAMARONECK, N.Y. — There are perks that come with the job, but Colin Burns rarely ventures down the meandering stairs to play the historic courses outside his office window at Winged Foot Golf Club.

It’s the quiet breakfasts with staff, the conversations with longtime members about new dining spots and the detailed tours of a historic clubhouse with flabbergasted guests that inspire the iconic club’s longtime general manager.

And the sight of parents and children hustling to squeeze in a few holes before the sunlight fades brings each long day to a fitting end.

“It’s so special to watch that,” Burns said. “I’ve witnessed so many families evolve. I’ve seen kids grow up and get married here then have their own children. That part of the job never gets old.

“Golf is at the heart of everything we do here. This is a fun membership. We all work to be welcoming and want to make sure there is nothing stuffy about the member or guest experience. Winged Foot continues to be a place where men and women play the game, practice the game and introduce their children to the game. It’s very special in that regard.”

The 61-year-old New Jersey native is comfortable in any setting, any conversation.

Burns enjoys some of the finer things in life and openly shares frequent excursions on social media, but he is also enthusiastic about Taylor Hams.

“This is really in his blood,” Winged Foot president Brendan Boyle said. “What makes Colin so great is a wonderful sense of service, a true dedication to his job. We see Winged Foot as an extended family, we’re very social and Colin helps engender all of that. He does a terrific job with the staff, which is great from top to bottom. And he’s got a great love for the history of the place. So many of the members are multi-generational. We don’t take ourselves too seriously and Colin has got a wonderful personality and management skills that glues everything together.”

When the USGA reached out in 2012 to mend the proverbial fences and inquire about coming back to Winged Foot to play a sixth U.S. Open, it was Burns who answered the phone.

Burns was raised in Clifton and spent a good portion of his childhood peeling shrimp for guests at the family’s restaurant.

“Everyone back then knew about Burns Country Inn,” he said. “Elizabeth Taylor would visit along with Richard Burton. It was considered the country back then. It was a straight shot, maybe half an hour from New York City.”

Bruce Willis had a job there while attending Montclair State.

That experience opened doors and Burns was hired as the general manager at Plandome Country Club in Manhasset at the age of 28.

“Our membership came mostly from Queens and was very, very Irish Catholic,” he said. “That was a great group of people. There were some members from Winged Foot who used to visit the club and they were apparently impressed with the operation. We always had a lot going on. Every once in a while I would get approached, but then one day, I was told, ‘Hey, the job at Winged Foot is going to open up.’ I was the first one to have my application in.”

And for the last 29 summers this has been home.

“My job has really evolved over the years,” Burns said. “At first, it was a very intensive food and beverage job. I became more involved with managing the club’s relationships with the USGA and the PGA of America. Next came more capital planning. We built employee housing, built a new pool complex, renovated the clubhouse and both golf courses. It’s not something I would’ve been prepared for when I arrived. The job is more administrative now and we have built a great team.”

The folks who handle the day-to-day operations and look after 600-plus members—head chef Rhy Waddington, director of operations Lily Braswell, head golf professional Mike Gilmore and director of golf courses Steve Rabideau—came with top-shelf credentials and have spent more than a decade together.

Length of service at some clubs is measured in dog years, but not here.

Along with getting ready for a U.S. Open that was nearly canceled or relocated several times before July, the staff at Winged Foot was tasked with finding a way to handle the unprecedented influx of members looking to play golf this spring during the COVID-19 pandemic.

“For all of us in this area, it was awfully scary at the beginning,” Burns said. “March really felt like doomsday. We didn’t know what might happen next. And then the rates began to come down a little. The weather improved and in April, we were allowed to golf. A lot of people couldn’t go into work so they found themselves here. It was wonderful to see members and families golfing probably more than they have in their lives. The sport demonstrated how great it is even in difficult times. For a lot of people, the golf course was a place they felt safe.”

He’s not even taken a practice swing this season.

Burns has played cathedrals like Augusta National and Pine Valley. He’s joined royalty and poet laureates on the course, but right now, there is no time.

“We go seven days a week in season,” he said. “We do a lot of large charity outings on Mondays, so on a typical day, we get in by 8 and get home by 8. Everyone in this industry learns to balance their lives. You can’t necessarily balance everything over the course of a month, but you can over the course of a year.”

Burns has also become a resource for his peers.

He was part of a club managers conference last year in London alongside Wilma Erskine, who helped transform Royal Port Rush into an Open Championship venue. He also spoke at Cornell’s school of hospitality.

“Colin is without question a go-to person for club managers,” Westchester Country Club chief operating officer Thomas Nevin said. “He’s always available to listen and to provide counsel.  With regards to running a business, he’s the very best when it comes to attention to detail. He walks the path of members and guests to make certain every area and every service provided is at the very highest level, providing the ultimate golf experience. When you walk with Colin around Winged Foot, he is as much a curator as a club manager. Winged Foot has done a spectacular job showcasing its history in the same way the Metropolitan Museum of Art presents an exhibition.”

When he’s not sitting in on a meeting or assisting the staff or checking in with USGA officials, Burns is buzzing around the grounds this week. He is clearly disappointed fans will not be a part of the 120th U.S. Open, but eagerly greets anyone walking around with wide eyes.

“Why not?” Burns said. “None of us knows what the future holds. My career here at Winged Foot will last as long as the relationship remains positive and I continue to contribute. I have no intention of retiring. I’m only 61 and in my industry that is relatively young. And if the opportunity to host again were the option presented, I think it would be a thrill.”

2 “Innocent” Words That Unleash Her Inner Sl*t… (Should This Be Legal?)

U.S. Open: Winged Foot is an unfamiliar destination for a new generation of stars