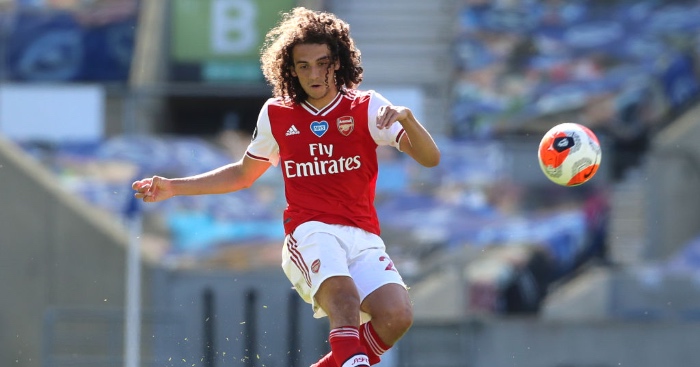 Spanish side Valencia have approached Arsenal chiefs about a potential loan move for Matteo Guendouzi, according to sources.

Guendouzi is on the transfer market this summer after being frozen out by manager Mikel Arteta.

The Frenchman’s Arsenal career started promisingly but was abruptly halted after his actions against Brighton and specifically Neal Maupay.

FEATURE: Every £20m+ signing ever made by a Premier League club

Since then Guendouzi has been mostly on the bench and doesn’t look like he will play a big part this season.

Valencia have now offered to solve the Gunners’ Guendouzi problem by beginning talks about a loan deal for the player, according to Sport Witness.

The deal would only solve Arsenal’s problem for the 2020/21 season, however, as Valencia aren’t interested in signing the 21-year-old permanently.

Arsenal bosses may consider the offer as a way of seeing if Guendouzi can prove his worth. If he performs in La Liga then that might increase his transfer value. It could even get him back into the starting 11 at Arsenal.

Arteta may reject the offer in favour of a permanent move. He’s currently rebuilding his squad to try and get a top four finish next campaign.

A permanent deal for Guendouzi would provide him with much needed funds to sign new players.

Guendouzi isn’t the only player on the verge of an Arsenal exit. Sokratis Papastathopoulos, Lucas Torreira and Calum Chambers have all been linked with moves away from the side.

The Gunners have improved their squad this summer by signing three players. Willian arrived from Chelsea, Cedric Soares arrived from Southampton and Pablo Mari arrived from Flamengo.

Arteta also has promising centre back William Saliba returning from a loan spell.

Arsenal have recently become the favourites to sign Brentford duo Said Benrahma and David Raya. It’s not yet clear how much those two will cost.