Verstappen has 'ironed out a lot' of mistakes - Ricciardo Daniel Ricciardo believes his former Red Bull teammate Max Verstappen has "ironed out" most of the mistakes and wild moves that impacted some of the Dutchman's races in the early stages of his career.

Verstappen became the youngest driver ever to race in Formula 1 when he was offered a seat with Toro Rosso in 2015. But four races into the 2016 season, the promising young talent was promoted to Red Bull Racing where he replaced Daniil Kvyat.

It was a thundering debut for Verstappen who won the Spanish Grand Prix in Barcelona, becoming at just 18 years and 227 days the youngest ever winner in the history of Grand Prix racing.

But the Dutchman's subsequent development in F1 was a bumpy affair, marked by a few incidents and wild moves that left his rivals unimpressed. In the early part of 2018, Verstappen's results were undermined by a series of errors and run-ins that culminated with a blunder in free practice at Monaco where Ricciardo would go on to win the race.

The set back encouraged Verstappen to rein in his intrepid approach to racing.

Ricciardo raced alongside Verstappen from 2016 to 2018, a coexistence at Red Bull that was not without its tussles and flash points between the two fiercely competitive drivers.

But the Aussie believes that his former teammate has matured over the years and transformed into a solid racer without losing any of his blistering fast pace.

"I think Max was under a bit of let's say pressure in his first couple of years of F1 with some of the moves and that," said Ricciardo ahead of this weekend's Hungarian Grand Prix.

"I definitely think he's ironed a lot of that out and I think he's just matured as a driver.

"For sure he'll always race hard. But, I mean, we were team-mates [for] three years [and] we came together twice, so that's pretty low numbers, I think."

After Verstappen's high-profile run-in with Lewis Hamilton at Silverstone last time out, Ricciardo suggested that Hamilton had gone into Copse corner "too hot for the given level of grip".

But in Budapest, the McLaren driver labeled the clash between the two title contenders a racing incident.

"They've been racing hard all year so I've put it down, generally to a racing incident," he said. "I think the main thing was that Max, let's say, got away safely.

"Obviously for his health and well being, it's great and also for the sake of the championship."

The post Verstappen has 'ironed out a lot' of mistakes - Ricciardo appeared first on F1i.com.

Horner 'surprised' by Mercedes comments, vows to move on

Sergio Perez believes he is in a "comfortable" position with Red Bull regarding 2022 and expects his team... The post Perez 'comfortable' with prospects of keeping Red Bull seat appeared first on F1i.com. 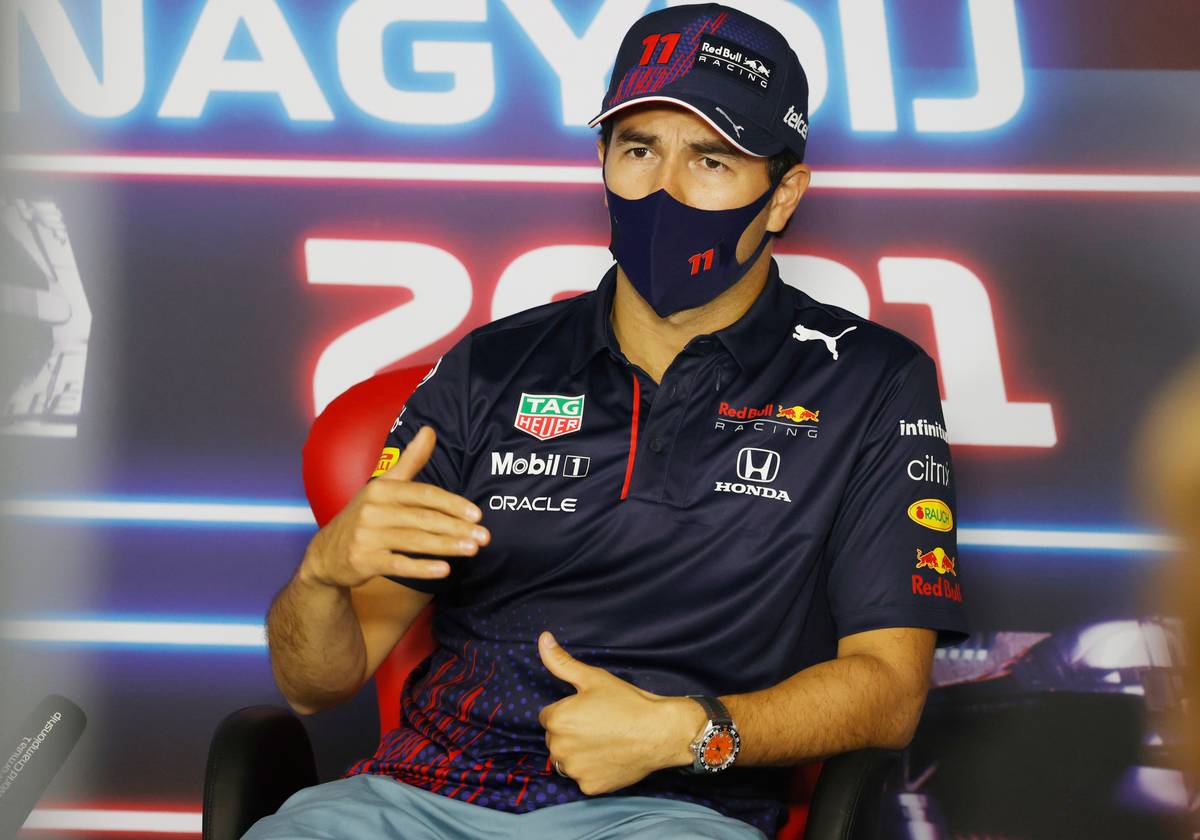 Sergio Perez believes he is in a "comfortable" position with Red Bull regarding 2022 and expects his team to make a call on his future by the Belgian Grand Prix at Spa at the end of August.

Perez found himself a free agent on the drivers' market at the end of 2020 following Racing Point/Aston Martin's decision to replace the Mexican with Sebastian Vettel.

But Alex Albon's inability to convince Red Bull to keep him onboard for 2021 led to Perez's recruitment by the Milton Keynes-based outfit.

So far, the 31-year-old has contributed 104 points to his team's 289-point tally in the Constructors' standings, a track record that includes Perez's win in the Azerbaijan Grand Prix, his second career victory in F1.

"Obviously, the sooner you know your future the better," Perez said in Hungary, commenting on his chances of remaining with Red Bull in 2022.

"But I am in a very comfortable position within the team, with my future, so nothing to worry about.

"I think by Belgium I will know my future, so I am comfortable how things are and [there is] no reason to look elsewhere."

Although he's delivered a solid haul of points to his team, Perez adaptation to Red Bull has been an inconsistent affair and the Mexican readily admits that he should have done better on a few occasions as a genuine front-runner alongside teammate Max Verstappen who, to date, has scored five wins.

"I think the overall picture, I would have liked to be a bit bigger in terms of points and wins and podiums," said Perez.

"In general terms, I think I have grown up a lot with the team, which was the target in the first 10 races, to get to know each other and the car.

"Overall, the results have not been great in one way but in the other, the pace is better than it looks and it is very small margins here and there.

"We are a couple of points away from third in the championship, we are leading the Constructors’, so there are positives to take.

"But it’s only 10 races into the season. I think the next 10 are more important."

Sainz: Qualie 'a good reaction to a very difficult weekend'