Vettel 'at peace' with 2020 botched season, not out 'to prove a point'

Sebastian Vettel says his disappointing 2020 season with Ferrari has been relegated to the past, and denies he... The post Vettel 'at peace' with 2020 botched season, not out 'to prove a point' appeared first on F1i.com. 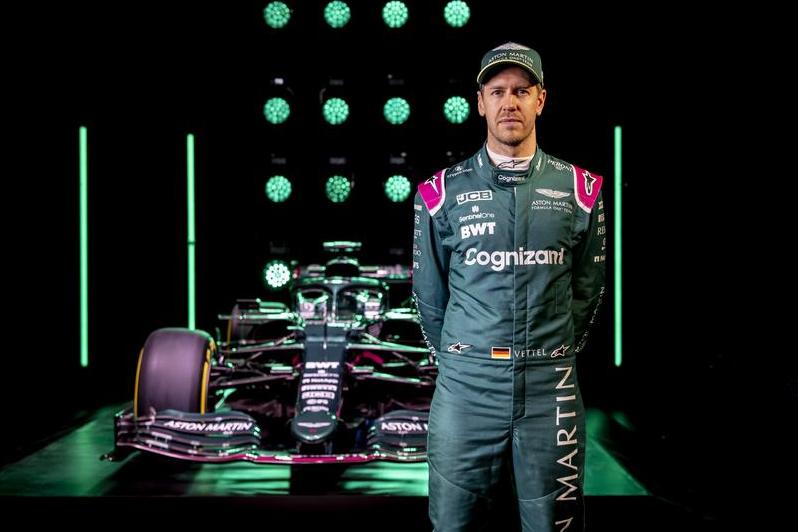 Sebastian Vettel says his disappointing 2020 season with Ferrari has been relegated to the past, and denies he has a point to prove this season with Aston Martin.

The German driver departed Ferrari without reaching fulfilling his ambition of bringing the title back to the House of Maranello.

But the German driver endured a difficult final season with the Scuderia during which he was comprehensively outpaced by teammate Charles Leclerc.

Vettel's move to Aston Martin equates to starting from a clean slate for the German, void of any past regrets or lamentations.

"I’ve obviously thought about it a lot last year, during the season, and I’m obviously not happy with how last year went in terms of performance, partly my performance," he said on Wednesday following Aston Martin's 2021 team presentation.

"I don’t have any regrets, obviously there are things that didn’t go well and things I would have liked to go better, and differently and so on, but ultimately I’m very much looking forward to this year," he said.

"I’m very much at peace with last year. I know that it hasn’t been to my standards that I mostly hold myself, I’ve never really cared what people say or think or – sorry – write, but that’s why I think it’s important I’m at peace with that myself, and very much looking forward to this year, and having very, very high expectations myself."

Vettel denied that he was out to prove a point to his critics this season as he seeks to regain his footing with Aston Martin.
"[I’m] not interested in what people think," he said.

"I think it’s more about making a point to the team, to myself rather than the people… our world is moving very fast and the world has to move on fast or quickly which is healthy and good.

"I am pretty sure when I say goodbye to Formula 1 I will be forgotten very quickly and that’s OK, I think that’s healthy.

"That’s why also I am not too bothered about proving a point to people and really just focusing on my own bit, which right in front of me, is myself.

"Hopefully it doesn’t sound too egotistic or arrogant but it’s myself and the team around me [that matter].

"If anything, in the wider bigger sense, it is the people who support me [and] have given me so much in the past 10 years, and have stood beside me no matter the last result," he added.

"I think F1 is moving very fast. Not just literally in terms of speed but also moving on fast, therefore you always [get] judged on the last couple of results.

"You can come from nothing and be a hero by having a couple of good results or in my case, more than 50 wins on your side and people think that you’re just average. It’s how it goes."

Vettel will be in cation on Thursday at Silverstone along with teammate Lance Stroll as the pair sample during a shakedown their new Aston Martin AMR21.

The post Vettel 'at peace' with 2020 botched season, not out 'to prove a point' appeared first on F1i.com.

Porsche ready to 'evaluate' F1 entry, under one condition