Sebastian Vettel will head into the final stages of the 2020 season aiming for a worthy close to... The post Vettel hoping to close Ferrari chapter 'with dignity' appeared first on F1i.com. 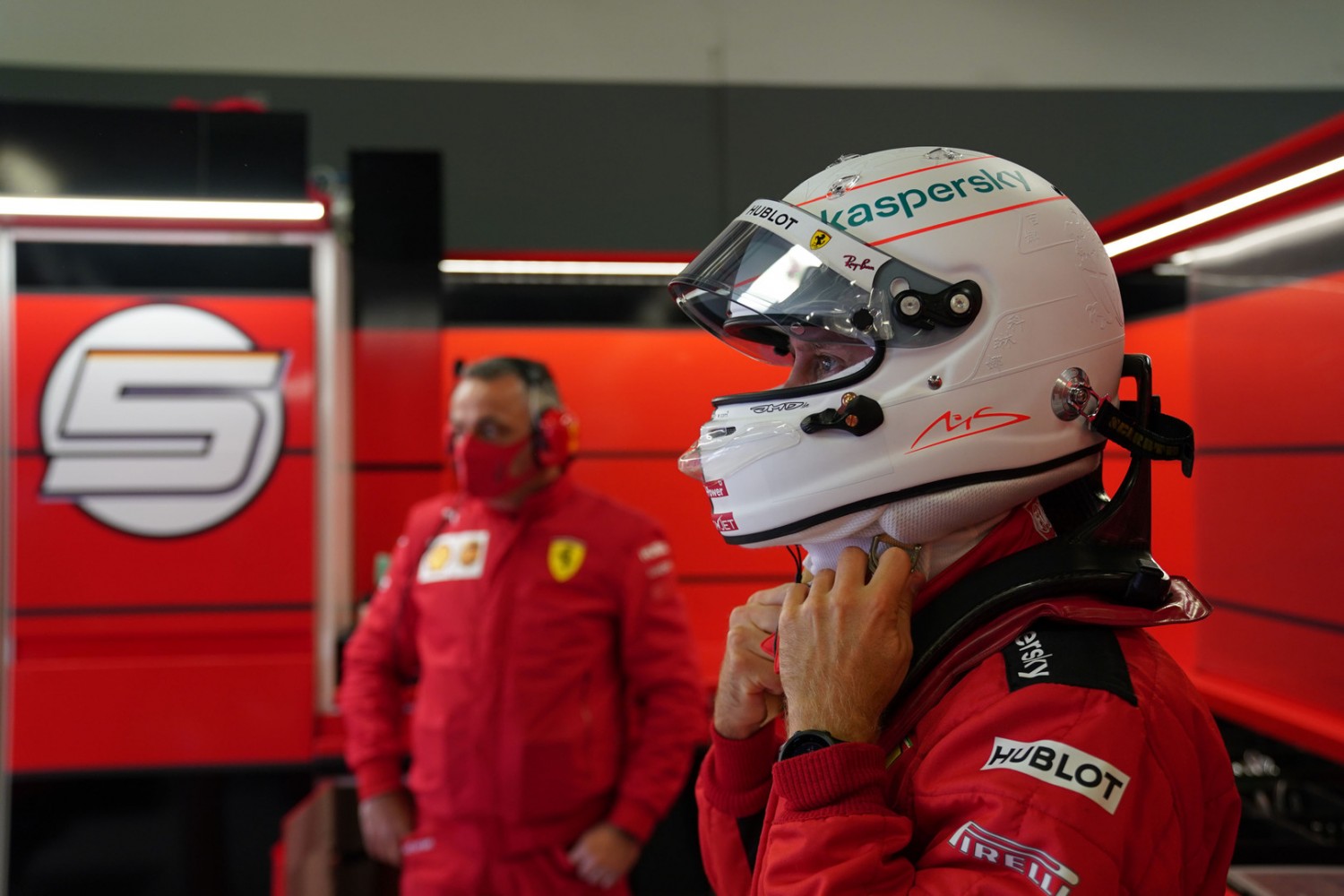 Sebastian Vettel will head into the final stages of the 2020 season aiming for a worthy close to his association with Ferrari.

The four-time world champion has suffered a difficult campaign with the Scuderia, both on the track and mentally, dominated by teammate Charles Leclerc while racing for a team that he know he will leave at the end of the season.

"[I'm] probably not having the smoothest year doing what I can do, and not the easiest situation.

"But I'm willing to give everything that I can to try and improve, and towards the end of the year, get back to where I know I can be."

Vettel admitted that going into the season knowing that he was no longer part of his team's future plans added to his difficulties.

"Obviously this year's car is not easy to drive for both of us," he said.

"I'm sitting in all of the meetings that Charles is participating in as well, and we share the opinion. For sure it's not always easy.

"But I think it's quite clear going into the season, knowing you're going to part ways, it's going to be a different sort of love story.

"Nevertheless, I respect all of the work that has been going in on my side, and in the last years and therefore I'm willing to give my maximum back.

"It's not been the easiest of years with where we are. The race as well, here and there, didn't really go our way.

"Sometimes it's like this, and myself, I have to push through and pull through, and look forward to the new tracks we have on one hand and the races that are coming up to try and put things together a little bit more."

Next year, Vettel will undertake a new challenge with Aston Martin Racing. But before he opens that new chapter in his F1 career, the 33-year-old German hopes to conclude his spell at Maranello with "dignity".

"Like all things, things come to an end, so I'm very much looking forward to a new chapter that starts next year," Vettel said.

"But before that one starts, as I said, I'll try to close the chapter here with dignity and try to get myself back together so I can deliver the sort of performances that I know that I can, overcoming those obstacles, then be ready for the new chapter.

"I don't think I'm that guy that bubbles up at the end and it all becomes super emotional. I think I'm realistic to know that things are coming to an end.

"As I said, the situation in the team now is different to maybe a year ago or two years ago, where we are, where we're headed."