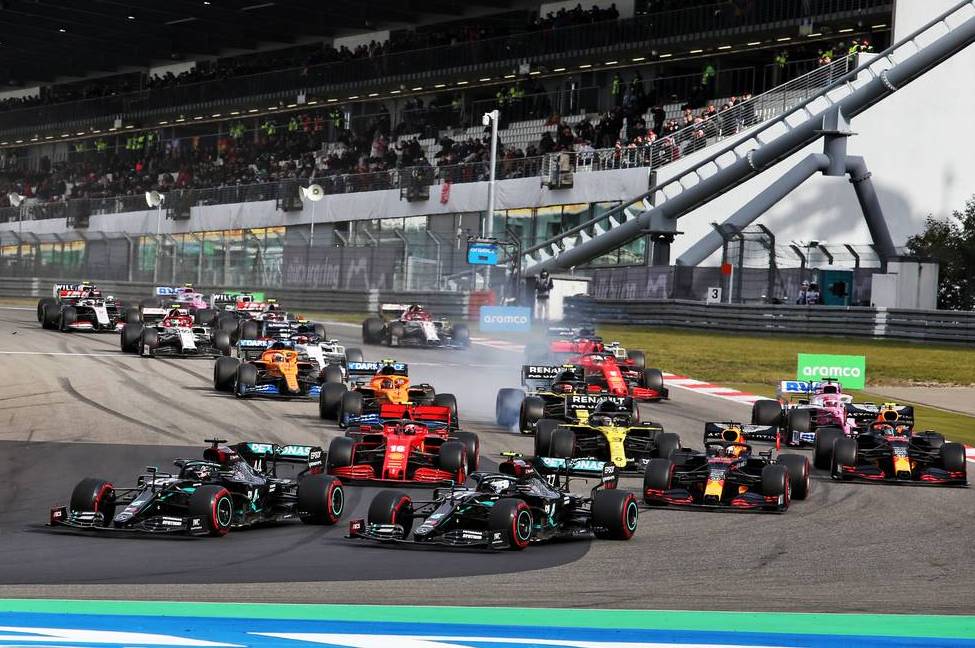 Sebastian Vettel says he doesn't understand the thinking behind Formula 1's plan to trial a Saturday afternoon sprint race, insisting the idea is a mere "patch" that "makes no sense".

F1 boss Stefano Domenicali tabled the idea of replacing qualifying with a short 100km race that would define grid positions on race day.

The concept which could be trialed this season at three races as received broad support from F1's teams although competitors have requested more information before casting a formal vote on the initiative.

Mercedes F1 boss Toto Wolff believes that teams should keep an open mind and at least experiment with the idea. But Vettel begs to differ, insisting the sprint race concept is just a way of "shifting the focus from the real problem".

"I don’t know what’s the thinking behind it. I don’t like it," said the four-time world champion during Aston Martin's team presentation on Wednesday.

"Why would you have a pre-final to a final? What’s the point of that? I don’t understand it.

"Obviously, if there is a race on Saturday then I will have to take part because I still want to drive on Sunday but from my point of view it makes no sense.

"You have the grand prix and it’s always been run 300km and the main challenge of the weekend.

"I think if you have to introduce something like this then there’s something else you need to fix rather than the format – another race, or Q4 or Q5 or whatever it is.

"It’s shifting or taking the focus away from the real problem. It’s more of a patch rather than really a fix."

Vettel's Aston teammate Lance Stroll appeared open to the idea but agreed that F1 had bigger "fundamental issues" to address.

"I think there’s bigger fundamental issues that the sport has to address" said the Canadian.

"It could be great, I’m not against the idea, it’s not ridiculous. But it’s one of those things, like every regulation or format change, it’s always a question mark until we try it, to see how it impacts the sport.

"For me it’s more about getting the grid more competitive, getting the teams closer together – giving us the opportunity, both aerodynamically and with the tyres, to be able to fight closer, wheel-to-wheel, and fight harder together.

"We can’t do that with the loss of aerodynamic load behind the car, and the tyres have so much thermal sensitivity, that we drop out of the tyre temperature window and lose grip."

Vettel 'at peace' with 2020 botched season, not out 'to prove a point'

Ocon shakes down Alpine A521 at Silverstone