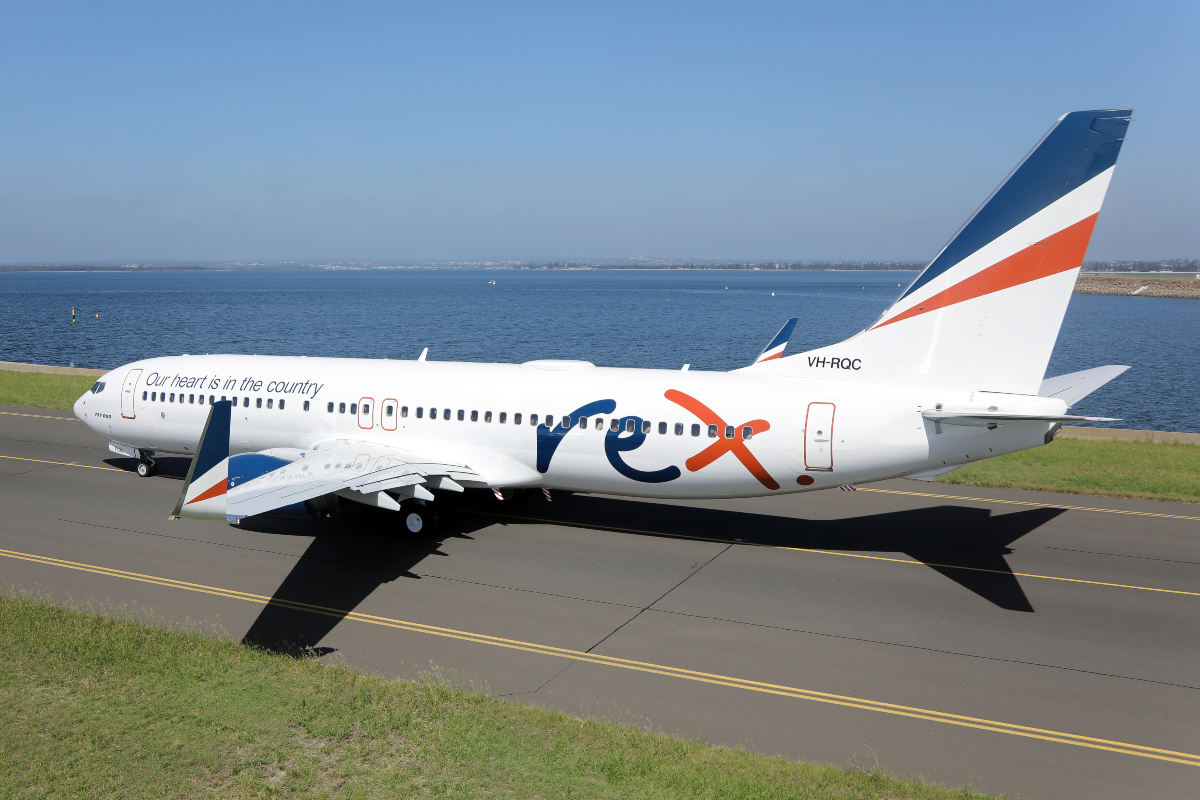 Upstart Australian airline Regional Express (Rex) has temporarily suspended its Boeing 737 flights and wound back some of its turboprop flights. The decision comes as a fresh round of border closures within Australia cripples the domestic airline industry.

A report in Australian Frequent Flyer earlier this week first flagged the suspension of 737 services. That report said Rex had stripped 737-800 flights from its schedules until at least August 1.

On Wednesday, Rex confirmed the bad news. In a statement, Rex said reductions in services to cities and regional communities were due to extensive State border closures and movement restrictions. Rex also tentatively suggested a 737-800 flight suspension that runs beyond August 1.

“Domestic and Regional routes on Rex’s network in New South Wales, Victoria, South Australia,
Queensland and Tasmania will be either temporarily suspended or greatly reduced until the end
of the State Government imposed border closures and/or lockdowns,” the statement reads.

In May, a Rex spokesperson told Simple Flying they were pleased with the progress of their 737-800 flights that only began in March. Rex also expressed that sentiment publicly. Rex was benefitting from demand stimulated by competitive fares and connecting traffic to and from turboprop services.

After a positive start, the tide turns for Rex

But by mid-June, another round of border closures and movement restrictions within Australia began, soon spreading. Three key Australian cities, including Sydney and Melbourne, are now locked down. There are suggestions Sydney may stay that way until September. It isn’t good news for Sydney-based Rex.

Rex maintained an aggressive posture at the onset of this fresh round of border closures and restrictions. Less than a month ago, the airline said it would boost their 737-800 fleet by two planes to eight, with more to follow.

“We hope to lease another two aircraft to take our fleet size to 10 before the end of this year as
foreshadowed in our plan announced last September,” said Rex Deputy Chairman John Sharp.

Rex said it anticipated the next two jets to arrive by late August. But the likelihood of internal border closures and travel restrictions being unwound by then is low. With six Boeings now sitting idle, another two so soon seems like surplus baggage.

By mid-July, Rex was winding back the good tidings. John Sharp told CNBC the current border closures and lockdowns had resulted in Rex suspending 80% of its operations.

Rex is not the only Australian airline under stress

Rex reportedly picked up their former Virgin Australia Boeings at the bargain rate of AU$60,000 per month (US$44,150) for the first 12 months of the lease. It is a good deal. But as one Australian Frequent Flyer correspondent noted, that good deal is still costing Rex’s Singaporean owners a cool AU$82,740 per week (US$60,884) to lease the six Boeings. It is a substantial sum to park planes for an airline that has always prided itself on its lean operating model.

Meanwhile, the sharply deteriorating flying environment within Australia is making its impact felt elsewhere. Competitor Virgin Australia is rumored to have recently received a fresh cash injection from its private equity owners to keep flying. Overnight, Qantas staff were warned they might be stood down without pay if border closures continue. Qantas said demand for domestic flights has recently dropped by 40%.

What Is The Latest On The PIA A320 Crash?