Villa stick the sub-text knife in against Sheff Utd 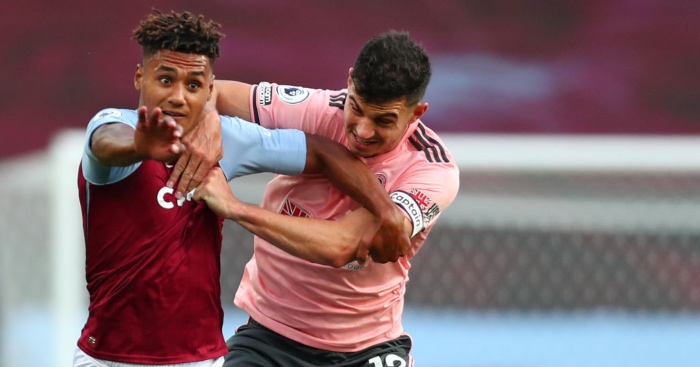 The ghost goal that saw Aston Villa claim an unmerited point in the same fixture last season – one that would help secure relegation – gave their clash against Sheffield United more than a surface sub-text.

“I don’t know whether to laugh or cry to be honest with you. I think their goalkeeper was in the Holte End when he caught it – or dragged it back,” Chris Wilder said after hawk-eye lost its vision to cost Sheffield United two points back in June. “My issue is obviously one of frustration. Seven cameras haven’t picked it up, the most technical league in the world. Everything we see at every angle and it hasn’t seen a goal. That is disappointing from our point of view.”

If Wilder had known then the knock-on effect of that moment, the “frustration” may have been upgraded to anger. Both Matty Cash and Ollie Watkins were targets for Wilder this summer, before Sheffield United were gazumped by Villa, who paid a combined £44million for the duo.

“I have talked about it in the week that we are not going to spend what we haven’t got,” Wilder said when asked about the pair in his pre-game press conference. “You try and improve your squad with talented players and Villa have done that and that’s their choice and their ability to do that. I have always tried to make sure I don’t put us in a position where we suffer for years and years because of reckless attitude and lack of responsibility for the football club in looking after it.”

The Blades were priced out by Villa: only able to offer them big wages and lucrative futures having retained their Premier League status due to the goal that wasn’t. Wilder will have wanted to win more than most.

John Egan made that very difficult after just 12 minutes. The centre-back looked totally perplexed when Graham Scott brandished a red card following his tussle with Watkins. But it was a sending off. Fouls when there’s no clear moment – a push, a kick, a punch, an Andreas Christensen rugby tackle – can lead to initial confusion, particularly when the fouled player remains on their feet as Watkins did.

But the nature of the impediment – preventing a striker getting to the ball before the goalkeeper – was the same on this occasion as it was in Liverpool’s win over Chelsea. Egan’s prolonged shirt tugging and shoulder grabbing of Watkins was more subtle, but had the same effect as Christensen poleaxing Sadio Mane.

Unlike Chelsea, who caved soon after they went down to ten, Sheffield United rallied. Villa struggled to gain any traction in the final third and as much as they tried to get Jack Grealish involved, they looked well short of ideas.

It was the Blades who should have taken the lead. Oliver Burke, now playing alone up front after David McGoldrick was sacrificed, broke from Chris Basham’s box-clearing header and showed some of the speed, technique and awareness that had him tipped for the very top before four seasons in the wilderness.

He cut into Sheffield United’s box before slipping a delightful through ball to Basham, who had run the length of the pitch to be brought down in the area. VAR had a lengthy look, as was the case for the red card, but the correct on-field decision was again backed by Mike Dean, who showed far more patience in Stockley Park than he did in sending Slaven Bilic off at the weekend.

John Lundstram stepped up, but was denied by a stunning save from debutant Emiliano Martinez. What a signing he could turn out to be.

Villa carried a meagre threat considering their possession. Crosses were misdirected, easily dealt with and looked far too obvious an avenue to cause problems for an incredibly well-drilled Blades defence.

But the sheer amount of balls into the box eventually paid dividends. Tyrone Mings, having just signed an extended contract, flicked a corner on at the front post before Ezri Konsa outjumped Enda Stevens to nod home. The relief on Dean Smith’s face was plain to see: the goal wasn’t exactly coming.

Watkins, although he didn’t score, was tidy. In his hold-up play, awareness of his teammates and a second-half shot he curled just over the bar, he gave an indication as to why Villa paid so much for his services.

And while it’s a bit unfair to pick at the Blades’ inadequacies in a game they played with ten men for 80 minutes, particularly considering Burke’s part in the award of the penalty, they are goalless in two games and in desperate need of a striker to notch them 15 – even just ten – goals this season.

The sub-text stars had no material effect on the goal in this game, but Watkins’ strength against Egan was the moment and he and Cash won in a side that has the clear potential to improve on last season. The side that wanted but couldn’t afford them are .

Wilder is a unique, forward-thinking, , and he will likely turn a poor start to the season around. But that turning circle could have been narrowed by the signings Villa beat them to, or ones they surely now have to make.

The post Villa stick the sub-text knife in against Sheff Utd appeared first on Football365. 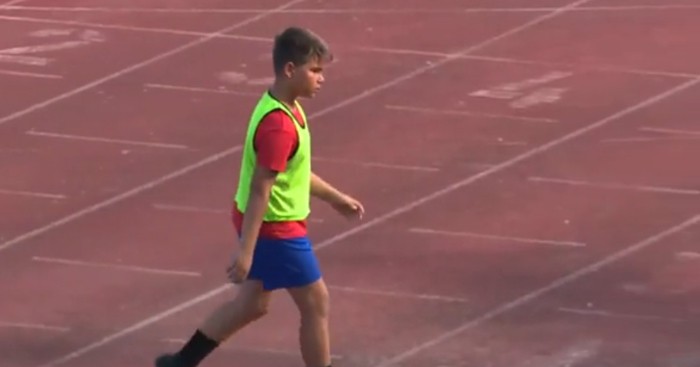 You don’t often notice ball boys during a match, but when you do, it’s usually because they’ve done something brilliant.

And this might be our favourite example yet of a ball boy being a bit of a git. Everything about it is perfect.

A forensic analysis of Asprilla’s epic fight with Chilavert