Villa target £25m-rated attacker after missing out on Wilson

The post Villa target £25m-rated attacker after missing out on Wilson appeared first on Football365. 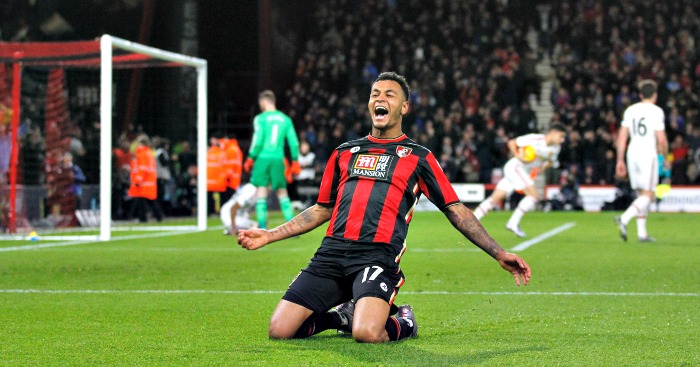 Aston Villa have turned their attention to signing Bournemouth forward Joshua King, after missing out on Callum Wilson, according to reports.

Villa had a £15m bid rejected for Wilson last week. Newcastle United then came in the for the forward and on Monday they signed the England international for around £20m.

Dean Smith’s side have been quick to seek out new targets, however. The have reported that Villa remain keen on Brentford’s Ollie Watkins, though they could also target Bournemouth’s King.

Even though Villa returned with a £21m bid for Wilson, the player favoured a move to Newcastle. Several Bournemouth players have received interest from Premier League sides this summer, with King being amongst them.

In the 2019/20 winter window, King came close to signing for Manchester United, though the deal fell through at the final moment.

The Norweigan has a lot of Premier League experience, playing regularly for the Cherries over the past five seasons. The forward has featured in 161 top-flight games, scoring 48 goals in the process.

The Sun reported last month that Bournemouth have set their valuation for King at £25m. They are said to be unwilling to accept an offer lower than their that fee.

Villa are keen to bolster their attacking armoury this summer. The Villans have been heavily linked with Watkins in recent weeks, but

The Birmingham-based side have made just one signing so far this window. Nottm Forest full-back Matty Cash has made the move to Villa Park in a deal that could rise to around £16m.

The post Villa target £25m-rated attacker after missing out on Wilson appeared first on Football365.