Virgin Atlantic Set To Receive Another Airbus A350 Today

Virgin Atlantic is set to take delivery of its next A350-1000 aircraft today, September 23rd. G-VRNB will fly… 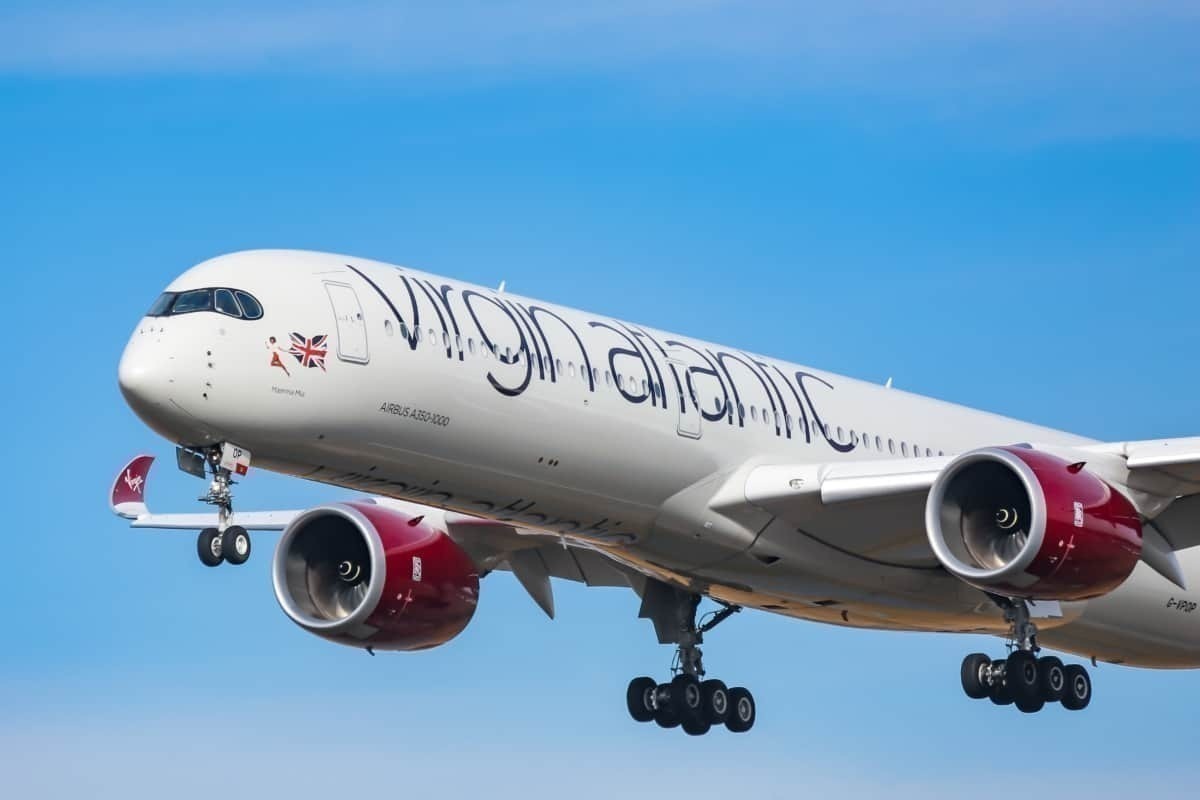 Virgin Atlantic is set to take delivery of its next A350-1000 aircraft today, September 23rd. G-VRNB will fly into Manchester from Toulouse, after completing its test flights over the past few months. This is the second A350 delivery this month for the airline, taking its total to six.

Arrival of the sixth A350

According to comments from Manchester Airport, G-VRNB will land at 13:00 today, flying directly from Toulouse. Like all Virgin aircraft, she has a name, Purple Rain. She joins G-VJAM Queen of Hearts, G-VLUX Red Velvet, G-VPOP Mamma Mia, G-VPRD Rain Bow, and G-VDOT Ruby Slipper in the Virgin Atlantic fleet.

We’re very excited to welcome our second @VirginAtlantic A350-1000 to the airport tomorrow. G-VRNB ‘Purple Rain’ ☔️ is scheduled to arrive from Toulouse at 13:00! ???? by @thomas_pgh pic.twitter.com/DQGYfuT00y

The last A350 arrived just under two weeks ago, on September 10th. This was G-VDOT Ruby Slipper, also flown into Manchester from Toulouse. Interestingly, this aircraft is already over three years old, operating before as an Airbus test aircraft. She was the second A350-1000 to be built. G-VRNB Purple Rain, however, is a newly built aircraft.

According to flight data from AIB Family Flights, G-VRNB was completed by January 2020. She underwent engine and taxi checks in May and took her first test flight on May 18th. There have since been a total of ten test flights, with the final one on September 8th being a customer acceptance flight. Before her flight today, she will have flown for a total of 14 hours and 19 minutes.

As with the previous delivered A350, G-VRNB will not enter service immediately. She will likely undergo interior modifications at Manchester before relocating to join the fleet at Heathrow. But as she is a new aircraft, she is unlikely to need as much work. No dates are available yet, but perhaps we will see her enter service first.

The A350 forms an important part of Virgin Atlantic’s fleet. It replaced the A340 aircraft, but Virgin has now also retired its Boeing 747s. Going forward, Virgin will operate one of the newest fleets in the sky, with its A350 aircraft joining its 14 smaller A330s and 17 787-9 aircraft.

The A350 started service with Virgin Atlantic in 2019, flying first on the London to New York route. It has since flown to San Francisco and was planned to take over all Africa routes in 2020. As flying resumes, we are likely to see it on more routes, maybe including its new route to Pakistan.

It is a great aircraft to fly on, with plenty of style, and features such as the new Loft lounge area for Upper Class. Simple Flying took a detailed look at both Upper Class and Economy in reviews in 2019.

Virgin Atlantic most likely won’t have to wait long for the next A350 delivery. G-VTEA Rosie Lee has already started test flights in Toulouse. She completed her sixth test flight on September 14th (according to AIB Family Flights). All being well, and if it follows the same schedule, we could see this aircraft delivered during October.

After that, there may be more of a wait. The next three aircraft are due to be delivered during 2021. But there is a possibility these deliveries will be delayed as part of Virgin Atlantic’s restructuring.

Would you like to share any thoughts or experiences of the Virgin Atlantic A350? Let us know in the comments.

After A Meeting That Lasted 10+ Hours, Fort Worth ISD Delays In-Person Learning...