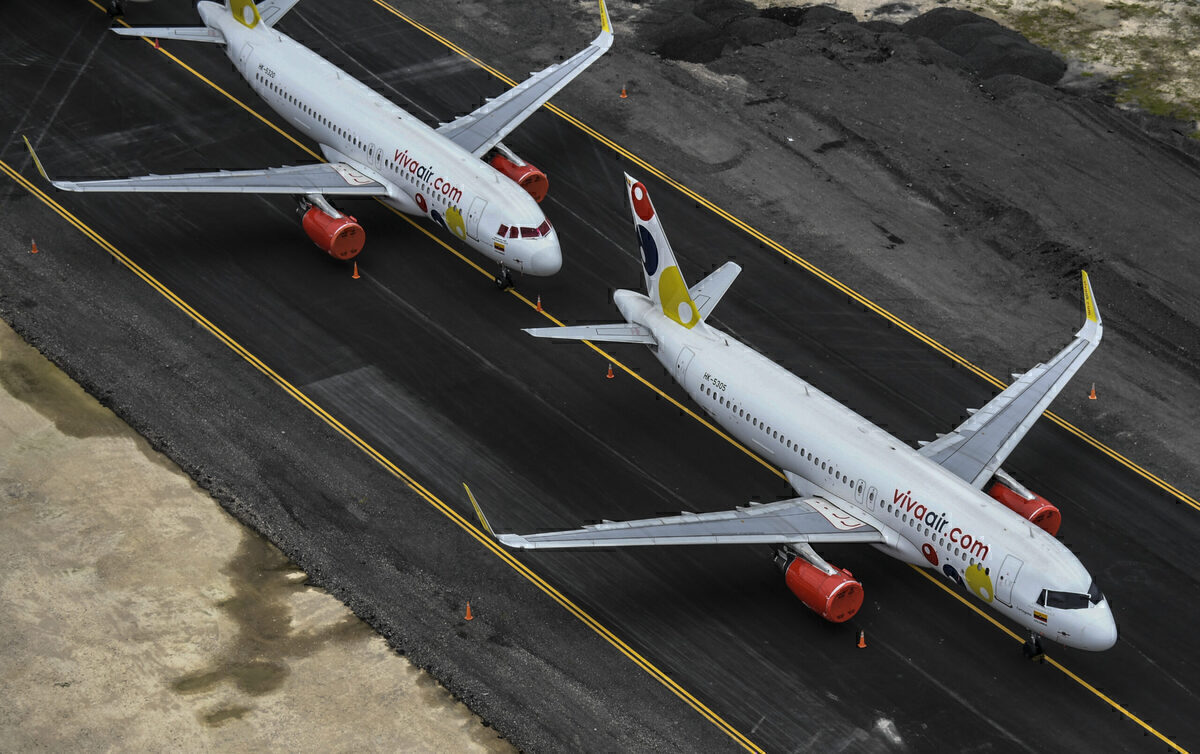 The Colombian carrier Viva Air will launch four new routes from Medellín and Bogotá to three cities in North America: Mexico City and Cancun in Mexico and Orlando in the US. These flights will start in June, according to the airline.

Viva Air is the third most important carrier by market share in Colombia. The low-cost company is behind Avianca and LATAM, the two legacy airlines it came to disrupt nine years ago.

In 2020, Colombia received 13.10 million passengers, of which nearly 1.9 million were from Viva Air. In comparison, Avianca transported 4.6 million.

Now, Viva Air is using the COVID-19 pandemic to increase its market share in Colombia and abroad. But instead of using Bogota’s International Airport as its main hub, Viva Air is looking at the city of Medellín, the second-largest city in Colombia.

“Nine years ago, our story began among the mountains of the capital of Antioquia. Medellín is our home; here we were born, and here we operate. As an airline, we understand that aviation in Colombia cannot depend solely on a single airport, Bogotá. Therefore, we seek to make air connections from Medellín just as important as those from El Dorado.”

He added that Medellín’s strategic location provides an advantage for the carrier. Medellín is an intermediate point of the two main connection hubs in Latin America in Bogota and Panama.

What do we know about the routes?

Viva Air is now resuming its international expansion plans that were put on pause in 2020. The low-cost carrier announced four new international routes that will connect Medellin and Bogota to Mexico City, Cancun, and Orlando.

Viva Air will launch both Bogota-Mexico City and Medellín-Cancun flights on June 2. The first will have four flights a week on Monday, Wednesday, Friday, and Sunday. Meanwhile, the latter will have three weekly frequencies on Tuesday, Thursday, and Sunday.

The price range of these routes will be between US$189.90 and US$249.90, according to the airline. Viva Air expects to transport up to 183,000 passengers on these routes during the first year of operations.

A brief history of Viva Air

Viva Air is one of the low-cost carriers that started operations in the last decade in Latin America. It has followed the model set up by other low-costs like Volaris and Viva Aerobus in Mexico.

The airline classifies itself as a “pioneer group of low-cost carriers in the region, created by Irelandia Aviation, a leading developer of low-cost airlines.”

As a group, Viva Air has a presence in Colombia and Peru, with a fleet of 20 aircraft. In the last eight years, it has transported more than 23 million passengers.

Have you ever traveled with Viva Air? How was it? Let us know in the comments.

Qantas To Roll Out Health Passports Next Week

BALPA And Airlines UK Push Back On 14 Day Quarantine Proposal