Fashion magazine Vogue has come under fire over the cover of its August issue. The magazine featured world-renowned gymnast Simone Biles, and critics are upset at both the style of the images and the fact that Biles was photographed by Annie Leibovitz and not a Black photographer. The profile of Biles was published four days […] 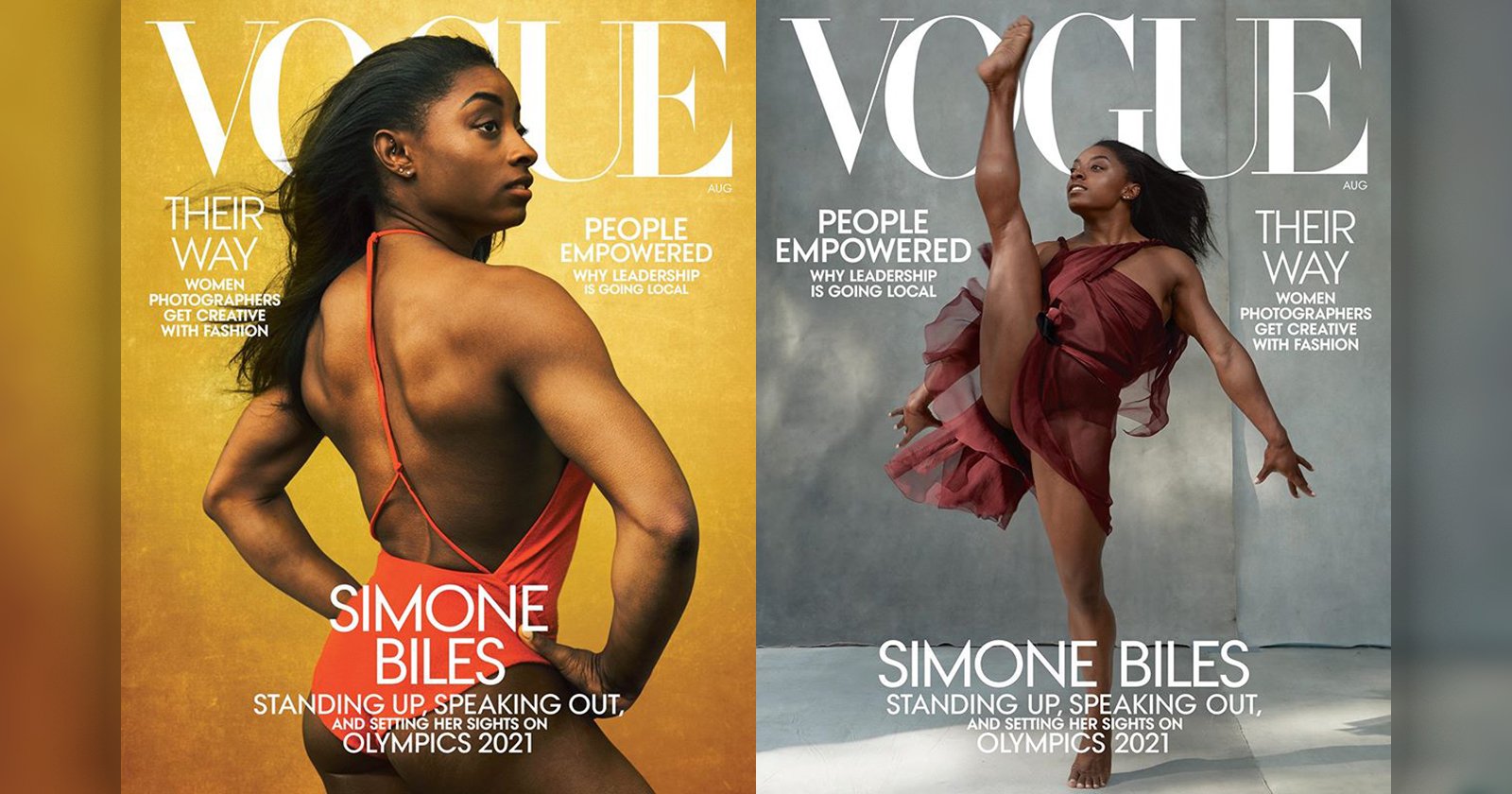 Fashion magazine has come under fire over the cover of its August issue. The magazine featured world-renowned gymnast Simone Biles, and critics are upset at both the style of the images and the fact that Biles was photographed by Annie Leibovitz and not a Black photographer.

The profile of Biles was published four days ago, and almost immediately the images and choice of photographer came under attack.

The general consensus among critics seems to be that the lighting does Biles a disservice, washing out her skin tone and making the images look muted, and that Vogue should have hired a Black photographer both from an ethical standpoint and because they would better understand how to light Black skin.

I adore Simone Biles and am thrilled she’s on this cover… but I hate these photos. I hate the toning, I hate how predictable they are, I hate the social crop here (wtf?) and I super hate that Vogue couldn’t be bothered to hire a Black photographer. https://t.co/az0gLugdzS

After all the Black talent jumping out with #VogueChallenge, Vogue couldn’t idk hire a Black photographer to shoot this cover of Simone Biles? https://t.co/6N5Oac56Su

This @Simone_Biles shoot was great but again, I’m disappointed at how many professional photographers don’t know how to treat dark skin. These edits took less than 10 mins to color correct. #VOGUE pic.twitter.com/qVr1mwQOCi

One muted photo in particular, showing Biles against a golden background in dim lighting, has drawn the fiercest criticisms and harshest comparisons.

“Her skin look absolutely horrid,” wrote one user on Reddit. “You can have muted tones without her skin looking like she’s just been embalmed. The colors are terrible. If some average Joe who you didn’t know you’d also say that they f***ed up the skin. Melancholic doesn’t equate to ashy skin.”

This photo of THE Simone Biles for Vogue magazine was taken by “THE” Annie Leibovitz. How a person can work as a professional photographer for decades and still be this bad at lighting and photographing dark skin is baffling to me. Annie are you ok? pic.twitter.com/ycaH9LxsLL

Simone biles shot by Annie Leibowitz, a professional photographer with years of experience, for VOGUE, an iconic fashion magazine.

My best friend jada shot by me, an idiot with an iPhone, in a field. pic.twitter.com/wk5YNsCr34

Some photographers joined in the criticism, even posting re-edits of some of the photos. Others, however, came to Leibovitz defense. Supporters of the shoot pointed out that the article attached to these photos—a somber profile that covers the impact that the Larry Nassar trial had on Biles, her family, and her career—called for muted images.

They also defended Leibovitz by pointing out what may have been her artistic inspiration for these shots, and saying that it’s absurd to claim that Annie Leibovitz somehow “doesn’t know what she’s doing” when it comes to lighting any sort of skin tone.

The first thing I thought of when I saw the #SimoneBiles Vogue pictures was "Black Madonna" of the 13th & 14th centuries. I think that's what Liebowitz was going for, especially combined with the somber telling of Simone's sexual abuse.

While there’s a painful history of photography and video technologies not accommodating non-white skin (see "Shirley cards" & Kodak) to assume that that's what's happening here is way off in my view. Leibowitz is an incredible portrait photographer and her choices are intentional

@Simone_Biles STUNNING @voguemagazine WOW! No other Olympic body goes through what a gymnast body goes through just to compete on the most basic level! @annieleibovitz captured it BEAUTIFULLY! Anyone who says differently…well, they didn’t make the cover of Vogue mag did they

Neither Vogue, nor Leibovitz, nor Biles have responded to the controversy as of this writing.

Portraits of Famous Figures Recreated by Their Descendants

5 Editing Tricks That Will Transform Any Landscape Photo