Diplomats say having her cabinet chief decline the invitation for her broke with convention. 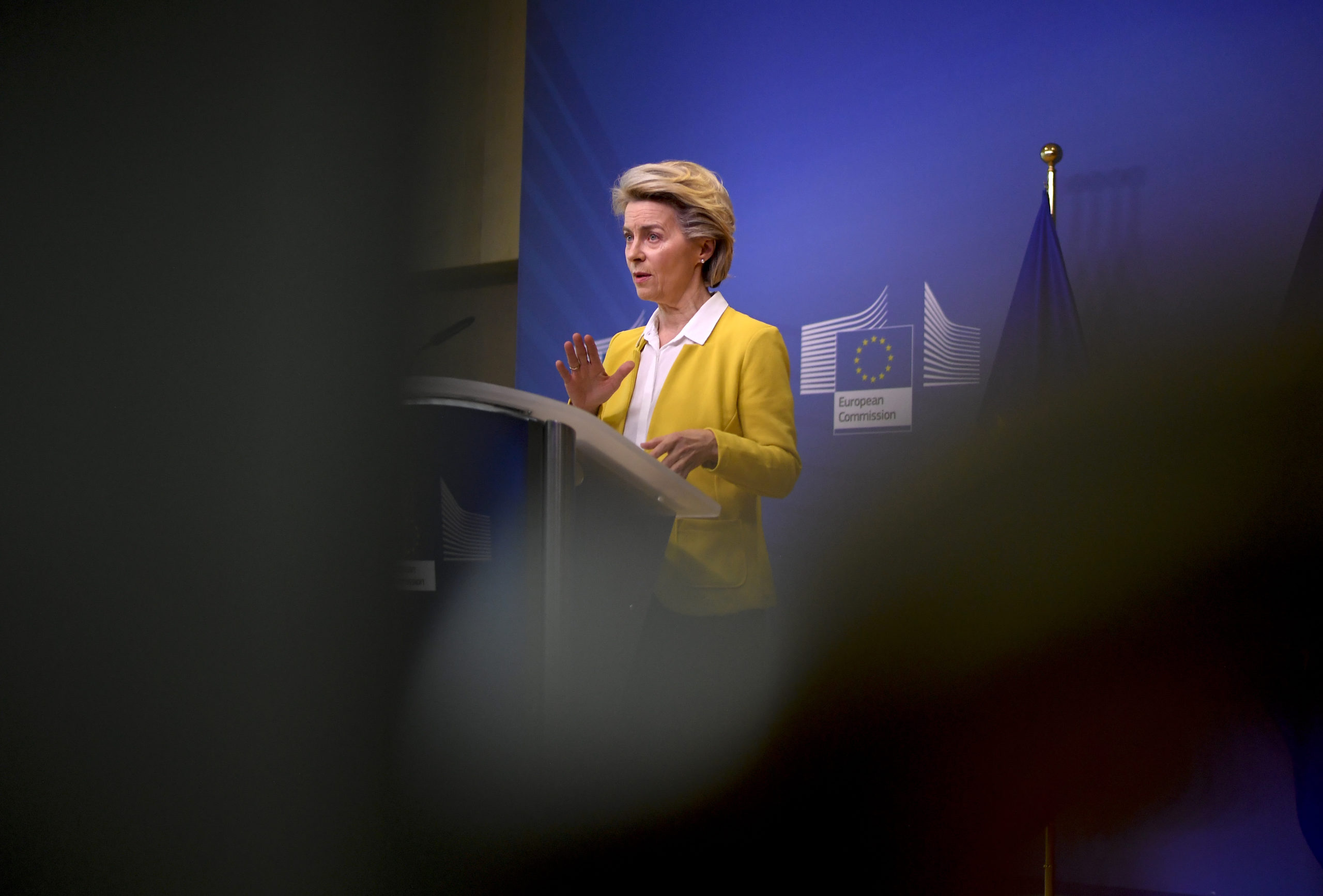 Zelenskiy had written to von der Leyen to invite her to Kyiv to attend a 30th anniversary celebration of Ukrainian independence, as well as a first-ever “Crimean Platform” summit meeting, which is aimed at showing support for Ukrainian sovereignty over the peninsula that was invaded and annexed by Russia in 2014.

But in a move that has caused a stir among EU diplomats, Seibert sent a response letter under his own signature to turn down the invitation and express von der Leyen’s regrets, rather than under the Commission president’s name as is customary protocol.

Rejecting such an invitation could raise doubts about von der Leyen’s commitment to demonstrating support for Ukraine at a time when Russia is amassing the highest number of troops at its border since 2014 — the year Moscow annexed Crimea and pro-Russian separatists seized a large swathe of eastern Ukraine.

The reason given for declining the invite — an overly busy agenda — also raised questions among diplomats and officials, given that the events in Kyiv are set for August 23 and 24, a time when Brussels and the EU institutions are all but shuttered for summer holidays.

“Regrettably the president is unable to give a positive response to your invitation due to a particularly heavy agenda on the days in question,” Seibert wrote in the letter, dated April 7 and seen by POLITICO. “Thank you in advance for your understanding.”

The Commission’s chief spokesman, Eric Mamer, declined to comment on the letter. “We have no comment on correspondence between the Commission and the authorities of third countries,” he said.

Michel was first invited to the events by Zelenskiy during an official visit to Ukraine last month, where Michel went to the contact line of the occupied territories. Michel immediately pledged to do his best to attend, and said he would rearrange his summer holiday plans if needed, according to EU officials.

“It’s important to show support for Ukraine, especially at this time,” one EU official said, referring to the recent buildup of Russian troops. “Zelenskiy needs us.”

Other EU officials said von der Leyen’s decision not to attend the independence celebration was complicating efforts to schedule an EU-Ukraine Council meeting that is due to take place in Ukraine, and which Council officials were hoping to hold at the same time.

Seibert’s letter is dated a day after the controversy known as Sofagate unfolded in Ankara and cast a shadow over joint trips abroad by von der Leyen and Michel.

Turkish officials defended the seating arrangement as in keeping with protocol, which ranks the Council president higher than the Commission president in such circumstances. But von der Leyen and her aides have pointed to past joint meetings with Turkey, in which von der Leyen’s predecessor, Jean-Claude Juncker, was seated in an identical chair to Erdoğan and former Council President Donald Tusk.

In his letter, Seibert wrote, “President von der Leyen has asked me to pass on her best wishes for a successful summit and her congratulations to you and the people of Ukraine on this important anniversary.”

Biden announces withdrawal from Afghanistan in speech heavy on symbolism

‘The Pentagon is not making these decisions’: How Biden’s team overrode the brass...