PERDIDO, Alabama – Walmart will be reinstating its wildly unpopular pants policy in the wake of rising COVID-19 Delta variant cases.  The retail giant announced Monday, via their Facebook page, that all customers and employees will be required to wear some form of pants, shorts or culottes at all times when inside the store.  “As […] The post Walmart Reinstates Pants Policy as Delta Variant Cases Soar appeared first on Robot Butt.

PERDIDO, Alabama – Walmart will be reinstating its wildly unpopular pants policy in the wake of rising COVID-19 Delta variant cases.

The retail giant announced Monday, via their Facebook page, that all customers and employees will be required to wear some form of pants, shorts or culottes at all times when inside the store.

“As the pandemic presses on, we ask that everyone respects one another by wearing any form of pants at all times when inside one of our stores. Boxer briefs, cheekies, or simply going bottomless all together will no longer be tolerated until we get this thing under control, ” said president of operations Alex Moore in a press conference Monday.

Enforcing a pants policy has been a challenge for Walmart with past iterations. CEO Chadwick Nub announced a similar policy after the 2006 Tuscaloosa Clap outbreak that was met with fierce backlash and protests, ultimately causing the company to drop the policy.

Christine Holgate To Receive $1 Million From Australia Post, Will Be Left In Safe...

Government Dismisses Labor’s $300 Incentive, Says Free Car Park With Every Jab Would Be Better Use Of Funds

“Australians don’t need to be bribed with cash. That’s what elections are for" 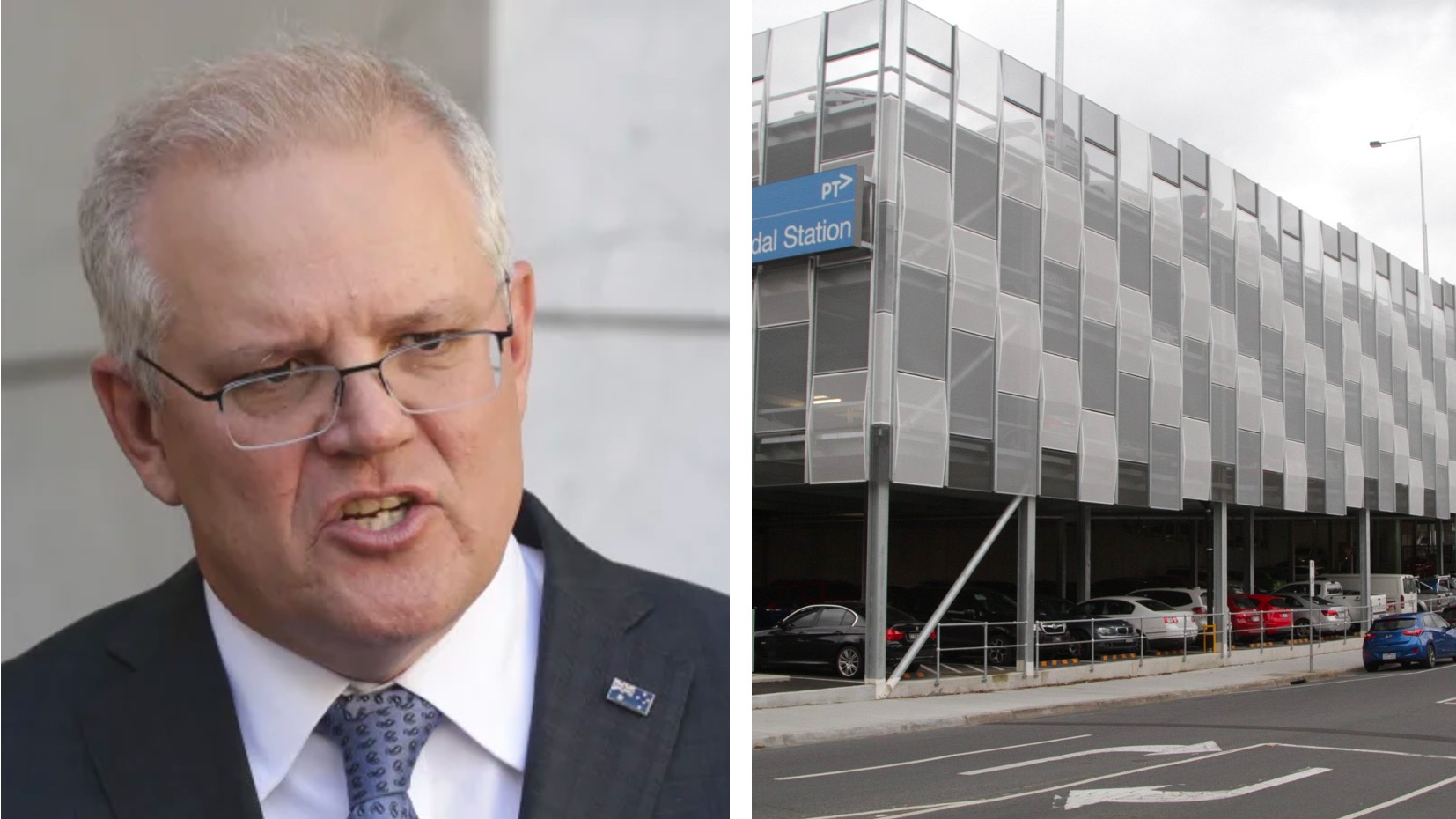 Prime Minister Scott Morrison has slammed Labor’s plan to give all vaccinated Australians a one-off $300 payment, saying it was wasteful, insulting and failed to provide a single extra parking space to marginal voters.

“The average Australian doesn’t want $300 to spend on whatever they want. They want a half-built carpark next to a train station.

“Australians are doing the right thing, they don’t need to be bribed with cash. That’s what elections are for,” Mr Morrison said.

He said the $6 billion price tag was an irresponsible waste of money. “There are many much more targeted ways to waste that kind of money, believe you me. Buying overpriced vacant land next to an airport for starters.

“If we wanted to blow $6 billion we’d do it by designing a job payments scheme that gave money to big business who don’t need it. Or we’d use it to build toilet facilities for rowing clubs in seats where it looks like we’re under threat. That’s what responsible money management looks like, not this scattergun approach to the economy”.

Asked how it would be logistically possible to deliver carparks to all vaccinated Australians, the Prime Minister said not to get hung up on the detail. “It’s an announcement, it’s not an actual policy. Of course we’re not going to actually roll anything out”.

Lockdown Home-Hum? Even Stuck Inside, These 9 Off-the-Wall...

Couldn’t Snag a Lock of Abraham Lincoln’s Hair? Here Are...