Watch: Barefooted Billy Horschel falls, blasts out of Rae's Creek for par save at No. 13

Billy Horschel’s par save from Rae’s Creek on No. 13 was impressive, even if his trip down the bank to hit the shot that set up (...) 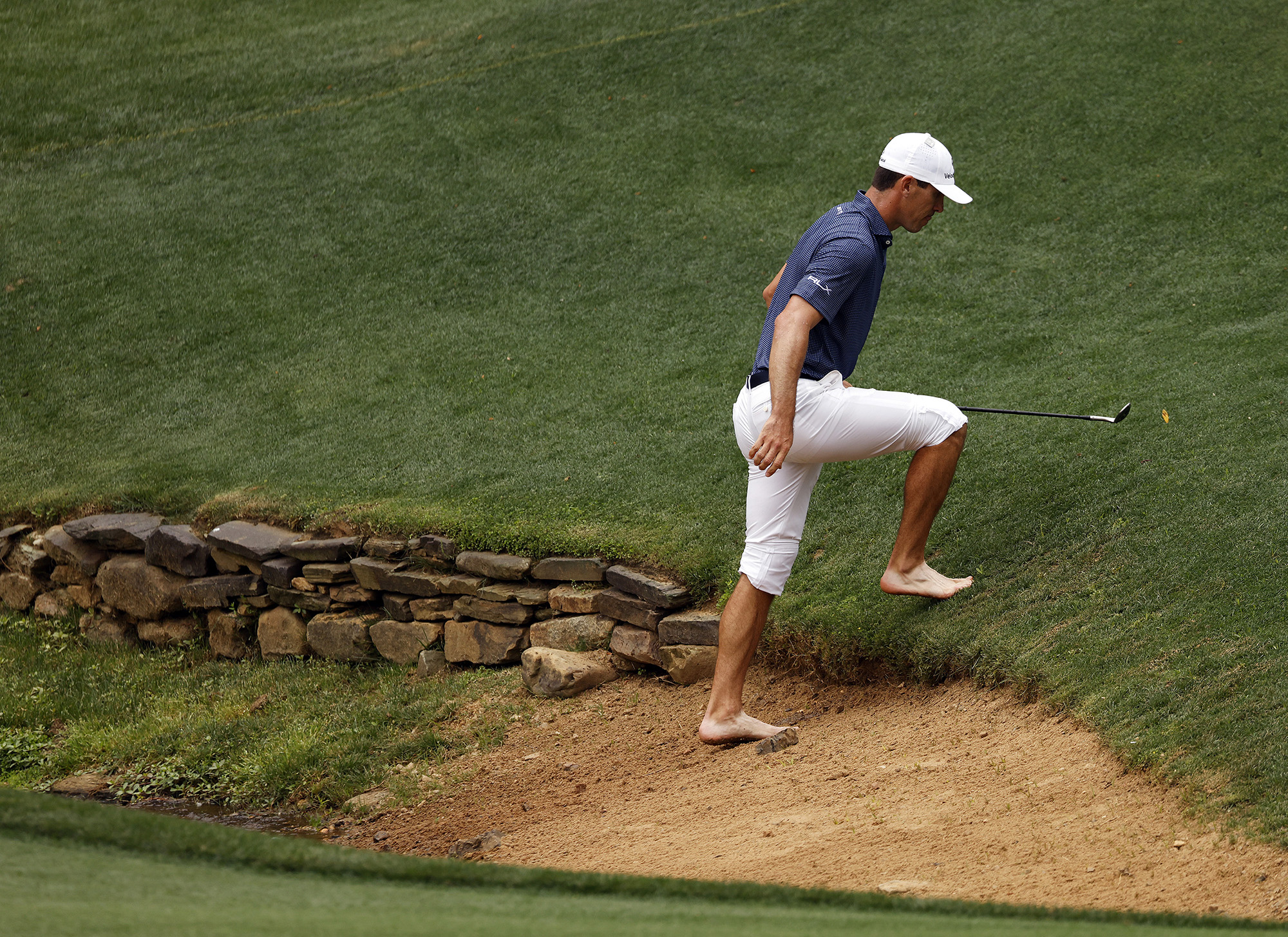 Billy Horschel’s par save from Rae’s Creek on No. 13 was impressive, even if his trip down the bank to hit the shot that set up the par was not. With his shoes off and his pant legs rolled up, Horschel lost his footing on the grass and ended up on his backside – a moment that Twitter, of course, loved.

The moment was captured by several golf fans on Saturday morning as Horschel’s right foot slipped right out from under him, his legs flew in the air and he landed on his butt in the approach to the green. To Horschel’s credit, he was up quickly and with a big smile on his face.

As soon as he was on his feet, Horschel turned to playing competitor Phil Mickelson to ask how bad the stain was going to be on his white pants.

“He said, ‘There may not be one there,’ and he looked and said, ‘Yeah, there’s one there, sorry, buddy,’ ” Horschel said. “Obviously that’s going to be a highlight that’s played on social media or maybe Augusta or the Masters will take it off.”

Horschel, who entered this tournament two weeks removed from winning the World Golf Championships-Dell Technologies Match Play, drove his ball right into the pine straw at the par-5 13th. From there, he hit an iron short into the creek fronting the green. The ball was submerged, but Horschel went in after it, hitting a deft pitch (with a big splash) 30 feet past the pin. He two-putted from there for an admirable par.

“It was completely submerged,” Horschel said of the chip shot. “And when I say completely submerged, I’d say it was probably a couple inches under the water. Fortunately enough, I’ve hit a few shots from the water just for fun in my lifetime, and I understand that the ball will come out if you – it wasn’t too deep, so as long as I just knew – I knew there was a whole bunch of green behind me, so as long as I hit it hard enough, it would come out.

“So Phil thought – he was impressed by that. I guess that’s my highlight of the day.”

Billy Horschel escapes from the water at No. 13 and goes on to save par. #themasters pic.twitter.com/wn1mOiRzIa

On Saturday, Horschel was in the third group out with Phil Mickelson. After rounds of 76-71, he started the day 3 over and 10 shots off Justin Rose’s lead. Horschel’s best finish in seven previous Masters starts was a T-17 in 2016.

As for embarrassing moments? This might be the worst caught on camera (though Horschel admitted to ripping his pants a few times). He also remembered once trying to demonstrate his box-jumping ability for Tiger Woods using a cooler at Bay Hill, only realizing once he was in the air that the lid of the cooler was broken.

“Thankfully I was behind the cameras because it would have been a funny sight to see,” Horschel said of that moment. “Tiger was on the ground laughing for a good minute and a half.”

Opinion: Sophia Popov isn't exempt into all the majors...