Watch: Phil Mickelson takes off socks and shoes, hits from the mud at Cologuard Classic

For the second day in a row, Phil Mickelson stepped in a lake to make a great save. On Friday, Lefty sank his shoes in the mud on the (...) 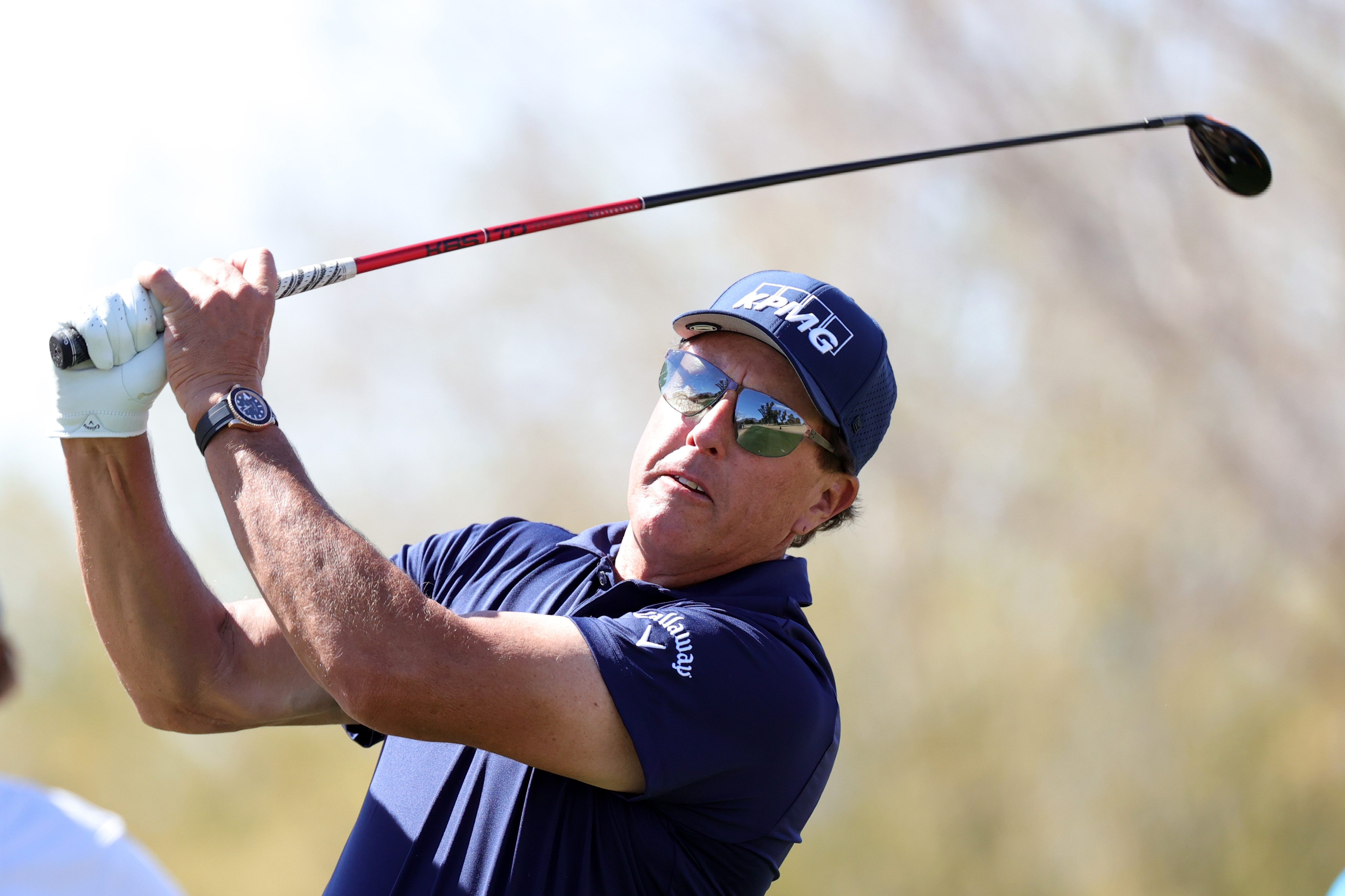 For the second day in a row, Phil Mickelson stepped in a lake to make a great save.

On Friday, Lefty sank his shoes in the mud on the fringes of a lake on the par-5 15th hole at the Omni Tucson National Resort to get out of trouble. Two shots later and he was in for a birdie and later said “it kind of calmed me down for the last few holes” during his first round of the PGA Tour Champions Cologuard Classic.

On Saturday, he nearly found the water again on the 15th hole, with his ball, again, just staying short of going all the way in. Only this time, he decided to took off his shoes and socks before stepping in the lake.

With his ball just inches from submerging in the water, Mickelson took a wack at the ball and managed not to cover himself in mud.

From there, with his socks and shoes back on, he put it on the green with his third, and although he missed he putt, he did make par on the hole, providing golf fans with another memorable shot.

He shot a second-round 72 and found himself eight shots off the lead, his bid for an historic three-wins-in-three-starts on the Champions tour in jeopardy.

Another day, another save from the water for @PhilMickelson. pic.twitter.com/IzUQhBAdhZ

Justin Thomas 'trying to peak this week' at Northern Trust

Bryson DeChambeau hits cars behind the range at TPC Summerlin

Nick Hardy feeling back at home in Illinois during Lincoln...