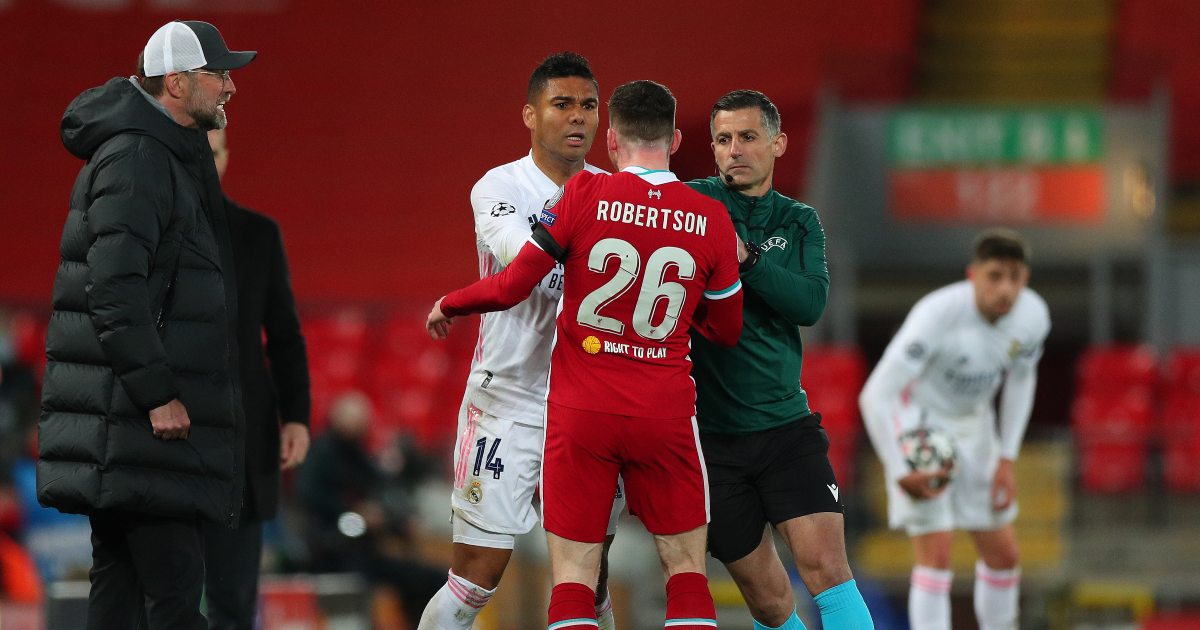 Tensions were high on Merseyside on Wednesday night as Liverpool faced Real Madrid in the second leg of their Champions League quarter-final.

Without fans to inspire Liverpool inside Anfield, there were ugly scenes ahead of the game outside the stadium, where the Real Madrid coach was left with a broken window after objects were thrown by supporters.

Trailing 3-1 from the first leg, the Reds started the game with a high intensity as they tried to kickstart a comeback, with Mo Salah denied by Thibaut Courtois after less than two minutes and more chances following in the opening stages.

But Real Madrid gave as good as they got in retaliation. Karim Benzema hit a post shortly before Casemiro added an element of spice with a sliding tackle that floored James Milner by the touchline.

Never afraid to get stuck in, Andy Robertson quickly arrived on the scene to give the Brazilian a piece of his mind and was backed up by the Liverpool bench, including Jurgen Klopp.

Granada can pull off turnaround against Man United, says coach

Guardiola ‘incredibly happy’ to progress in the ‘unfair’ CL

A sensational Xl of players linked with Real Madrid this...