A beautiful new animated video features audio from a Stan Lee recording session, where he espouses the virtues of using the F-word liberally. 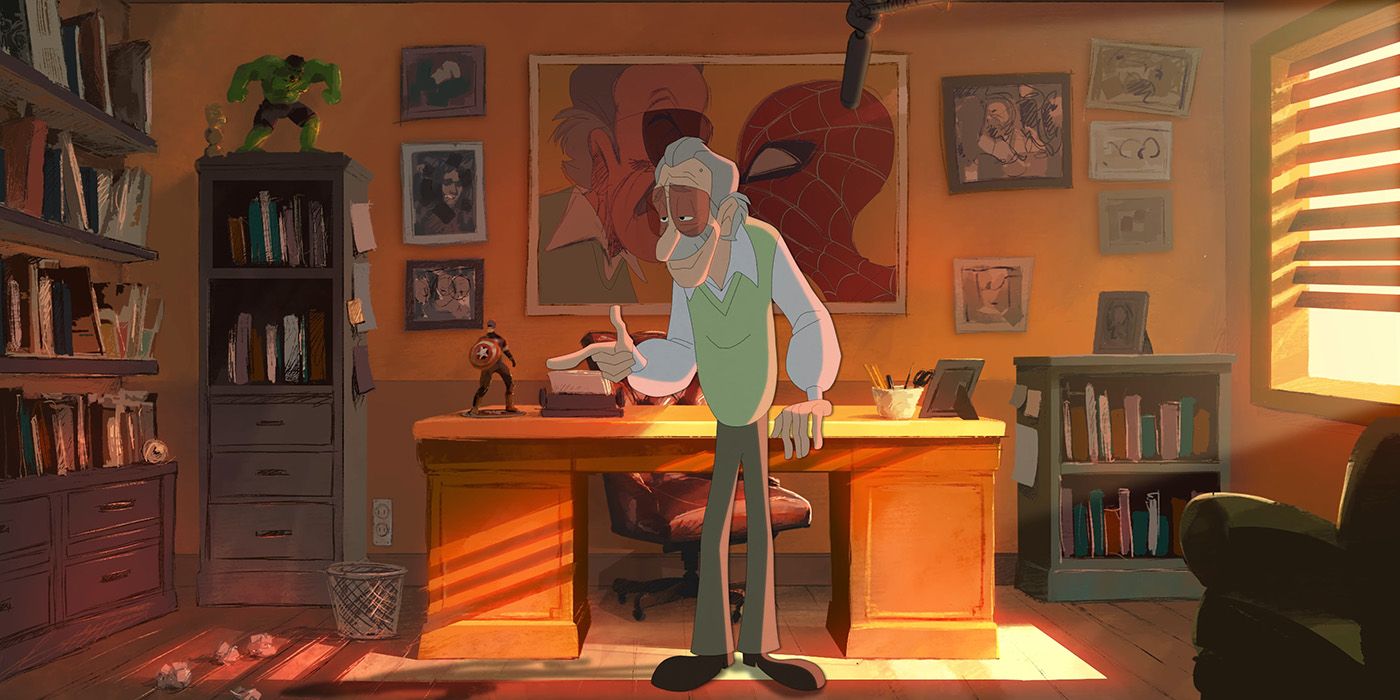 A beautiful new animated video features audio from a recording session, where he espouses the virtues of using the F-word liberally. Lee is one of the most powerful creative forces in comics history, having created, co-created, or helped develop a number of the world's most famous superheroes, most notably Spider-Man, the X-Men, the Fantastic Four, and most of The Avengers. He lived to 95, passing away in November 2018 from cardiac and respiratory failure.

Not only did Lee create several comic book characters, but he also appeared in TV shows and movies based on his creations. He filmed cameo appearances right up until his final year, appearing in every Marvel Cinematic Universe movie, as well as several others, including the original X-Men, the Sam Raimi Spider-Man trilogy, both original Fantastic Four movies. He also appeared in a host of non-superhero films and TV shows, including , and Big Hero 6. Often portrayed as a sweet and kindly older man, a new video reveals Lee had a penchant for one, particularly dirty word.

Animation producer and director Aron Fromm posted a beautifully animated video titled Sessions with Stan on YouTube, featuring audio from a real recording session he conducted with Lee during their time working together. The short video features an animated Lee standing in his office, flanked by an image of him and Spider-Man, espousing the F-word's versatility. Lee starts the video by saying he doesn't use "dirty words" and then proceeds to use the word a lot while explaining he wants to legitimize the word's use due to it being so useful in everyday conversation. You can watch the video below:

The genuine recording is heartfelt and hilarious and is a lovely, if surprising, tribute to the comic book legend. You can't argue with Lee's logic, and it's entertaining to hear him joking around with Fromm and everyone else in the room, as well as shouting his life motto "Excelsior!" It's unclear which recording this is from, but it's definitely from his later years, based on the sound of his voice.

It remains to be seen whether anyone will replace Stan Lee as the go-to cameo guy in the MCU from now on since his epic run has concluded. There is a theory that Chris Evans' Captain America will take Lee's place, given his ability to time travel at the end of Endgame, though there's no confirmation yet on if that would be possible. For now, fans have Lee's multiple cameos from the past decades, as well as this hilarious new video to remind them he wasn't always squeaky clean.

Next: Secret Stan Lee Cameos You Definitely Missed In Spider-Man: Into The Spider-Verse

10 Great Movies About The French Revolution Everyone Needs...

Why a Second Season of Too Hot to Handle Is Impossible...