The two-headed drum trigger noise party machine that is Big Lad have announced a new record, Power Tools. And in celebration, they’ve also just released a video for the first track off the album, Big Juggernaut Rave Party:- Constructed from the brains and limbs of Wayne Adams and Henri Grimes, Big Lad is a relentless […] The post Watch This! Big Lad announce new album, Power Tools, with new video appeared first on Louder Than War. 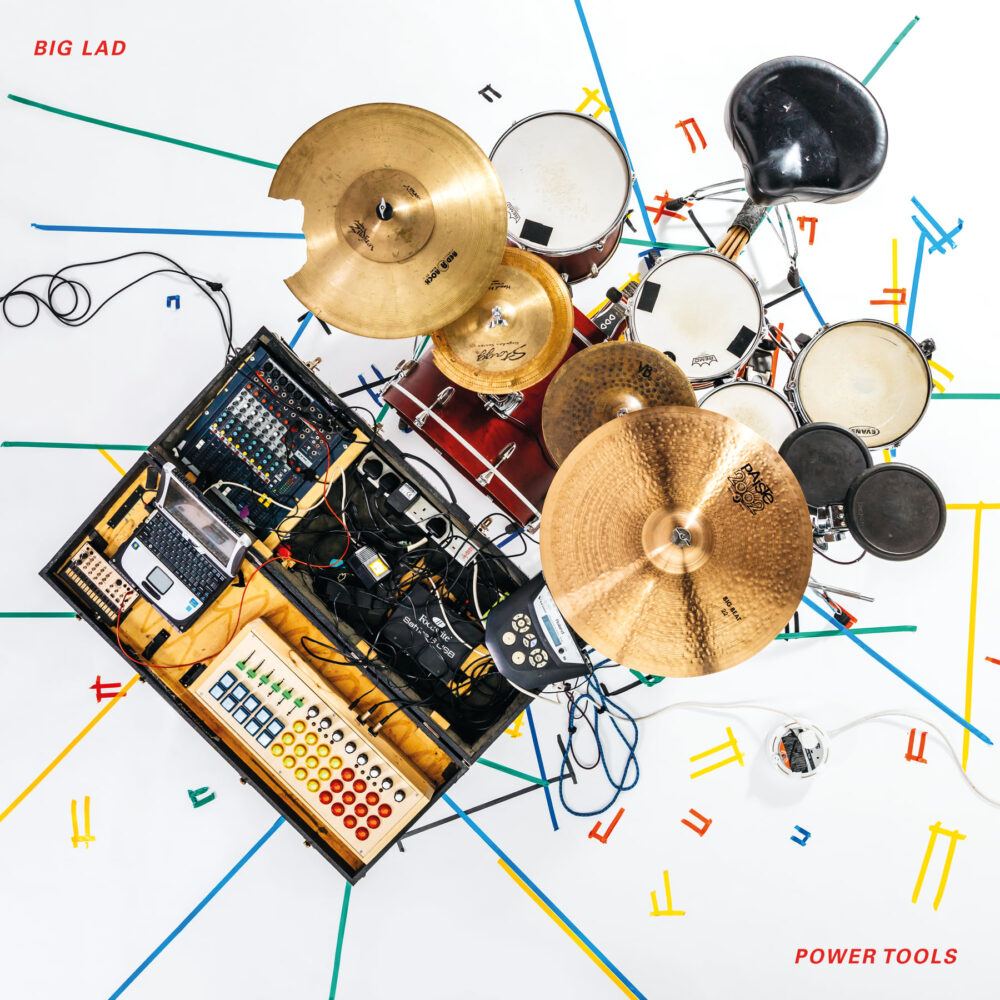 The two-headed drum trigger noise party machine that is Big Lad have announced a new record, Power Tools. And in celebration, they’ve also just released a video for the first track off the album, Big Juggernaut Rave Party:-

Constructed from the brains and limbs of Wayne Adams and Henri Grimes, Big Lad is a relentless genre-bashing mix of Godzilla rave stabs, glitchy breaks, twisted electronics, and psychotic samples. It’s the soundtrack to the Aphex Twin, Arca and Venetian Snares all doing the human centipede on a pink neon rocket hurtling towards space and using an 80s Atari games console to steer. Your granny would definitely not approve!

Big Lad was rather appropriately founded off the back of a chance email, when Drummer Grimes (formerly Shield Your Eyes) suggested that the duo collaborate on a crossover project, having heard Adams’ vast Breakcore back catalogue. Adams had, somewhat serendipitously, been busy writing a Drum Trigger programme shortly before the email had hit his inbox and he jumped at the chance to test the creation in a practice room. With Grimes strapped into this new system, songs started to appear thick and fast, and Big Lad was swiftly born. The 2015 debut announced Adams & Grimes’ collaboration, consciously marrying the collective excitement of both underground Punk and Electronic subcultures. 2018’s Pro Rock saw Big Lad extend the euphoria of their live show, using primal energy as an antidote against the jargonistic culture of our present. After a year away from the heat of the stage lights, 2021 sees the triumphant return of the duo, with Power Tools. It’s a collection that sits as an unashamed monument, chiselled and stripped back to present the raw strength of what Big Lad has become. The results range from more familiar high octane tracks that nod to history of the rave community, to more brooding moments that appear (and vanish) like the ghosts of warehouses long since vacated.

It is not a surprise to discover the digital remnants of Big Lad’s appearances at celebrated festivals such as Arctangent, Supernormal, Raw Power and BANG FACE. Having exploited the lines between inconsistent biology and technological perfection, their circular mess of wires, bodies and drums is something to be witnessed in the flesh, the surrounding crowd almost always drawn into their floor-based apparatus like moths to a flickering flame.

Photos by Paul Grace with art direction by John Newton. For more of Paul’s writing and photos go to his archive. Paul is on Facebook, Twitter, Instagram and his websites are www.paulgracemusic.co.uk & www.pgrace.co.uk

There's been a snag...Kanye West unveiled his new album 'Donda' last night - July 22nd - yet the album isn't on streaming services yet. The hip-hop icon hosted a special event at Atlanta's Mercedes-Benz Stadium, yet in true Yeezy style it kicked off late. Streamed globally by Apple Music, the event finally kicked off at 9.50pm EST - almost two hours behind schedule. Fans were rewarded with an all-star moment in rap history, with Kim Kardashian watching from the audience. Guests on the album include Jay-Z - their first link up in five years - Pusha T, Baby Keem, Lil Durk, and posthumous bars from Pop Smoke. There's also a spoken word excerpt from Gwendolyn Brooks, while 'No Child Left Behind' appeared on a Beats ad earlier this week. Curiously, it hasn't reached streaming services yet. Kanye West had insisted 'Donda' would be available from July 23rd, but as yet... no dice. So, what's the hold up? In true Yeezy style, we just don't know... Kanye fans opening spotify at 12:00 and not seeing #DONDA pic.twitter.com/JjYYcy7OYE — yon (@yonny_yonyon) July 23, 2021 Everyone opening Spotify and seeing no Kanye album #DONDApic.twitter.com/iQeQX1NLB7 — LeGOAT STAN (@Kingsu23) July 23, 2021 - - - The hip-hop icon hosted a special event at Atlanta's Mercedes-Benz Stadium, yet .

Fans were rewarded with an all-star moment in rap history, with .

Guests on the album include Jay-Z - their first link up in five years - Pusha T, Baby Keem, Lil Durk, and posthumous bars from Pop Smoke.

There's also a spoken word excerpt from Gwendolyn Brooks, while 'No Child Left Behind' appeared on a Beats ad earlier this week.

Curiously, it hasn't reached streaming services yet. Kanye West had insisted 'Donda' would be available from July 23rd, but as yet... no dice.

Kanye fans opening spotify at 12:00 and not seeing #DONDA pic.twitter.com/JjYYcy7OYE

Everyone opening Spotify and seeing no Kanye album #DONDA

Our Favourite Record Shops Talk Social Distancing In The...

Kanye West Is Running For President