Here Come The Freaks is in celebration of the picked upon, the bullied and the underappreciated members of society. The post Watch This! Snippet aka Johnno Casson unveils new single and animated video appeared first on Louder Than War. 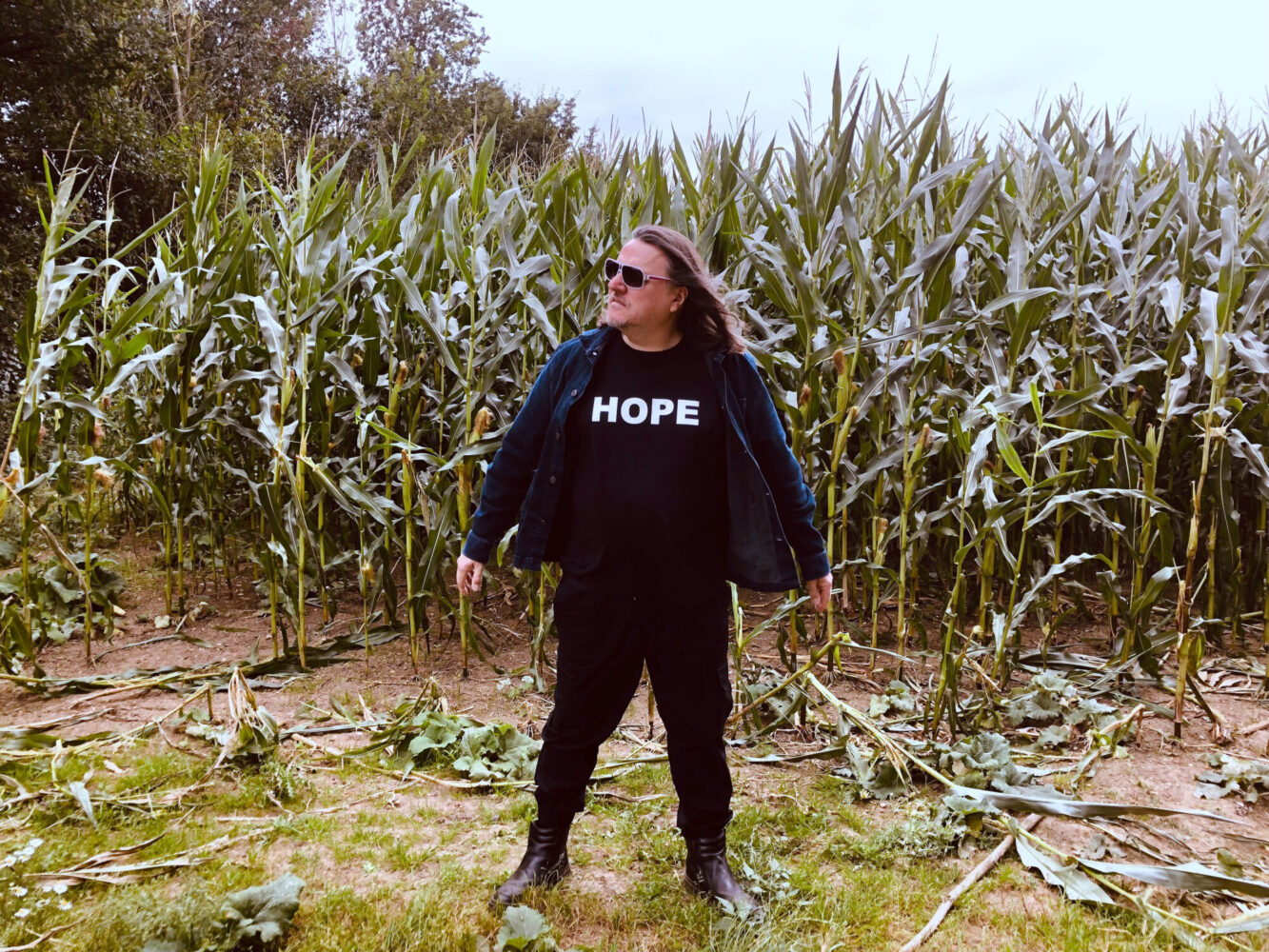 Former caretaker, London Underground railman and local council relationship manager Johnno Casson, aka Snippet, started out writing songs at the age of fifteen in his bedroom on a Hackney council estate, with a tennis racket for a guitar and a soap-on-a-rope microphone. Johnno juggled being in a band with holding down a normal job (playing a packed Astoria at night and washing out shit-stained lifts in the morning).

Johnno played in Adrian Sherwood’s (On-U Sound) five-a-side football team, gloriously beating The Sun newspaper’s team at a championship for charity at Arsenal’s old Highbury stadium. For the last twelve years he has been perfecting his coleslaw-making skills whilst getting M.E and becoming a well-respected figurehead on the British D.I.Y./Wonky Pop scene, by making excellent songs that may come from the borders and margins, but that kiss you in the sweet spot as well as more mainstream songs do. Hackney born and Colchester based, he returns with a cheeky new single Here Come The Freaks.

Written, recorded and self-produced by Johnno in the middle of recording a new Snippet album, this song just didn’t seem comfortable being sat between two tracks on an album, so it busted out in its own right.

Here Come The Freaks is in celebration of the picked on, the bullied and the underappreciated members of society.

Johnno has recorded and toured extensively with several bands, including as lead singer with Deep Joy, who were born out of the early 90’s London acid house/club scene via Shoom nightclub, and who were named as Danny Rampling’s favourite band – working with David Harrow and Andrew Weatherall who produced and remixed their debut single on Brainiak Records – onto the early years of trip-hop on James Lavelle’s Mo ‘Wax label and being championed by Gilles Peterson on Kiss FM. They dented the charts in New York, Tokyo and London, and also worked with the aforementioned legendary On-U Sound label founder and producer Adrian Sherwood on their Ray Hayden-produced material.

Over the last dozen years Johnno has been releasing independent music under his own name, as Snippet, Old Tramp and Walken400, creating a unique catalogue of recordings and performances and has been named by Tom Robinson as the most-played BBC Introducing artist ever on his BBC 6 Music show. Said Tom: “I feel about Snippet much like John Peel felt about The Fall – Snippet: A National Indie Treasure”.

All words via Paul Scott-Bates. More of Paul’s writing on Louder Than War can be found at his author’s archive. Paul’s website is hiapop and you can follow him on Twitter as @hiapop, and on Facebook here.

The post Watch This! Snippet aka Johnno Casson unveils new single and animated video appeared first on Louder Than War.

The Fugees To Reform For International Tour

The Fugees To Reform For International Tour Yep, it's true - The Fugees are reforming for an international tour.

The original trio - Ms. Lauryn Hill, Pras Michel, and Wyclef Jean - are set to hit the road, celebrating the 25th anniversary of their seminal album 'The Score'.

The new tour hits 12 cities around the globe, culminating with special nights in Nigeria and Ghana.

As part of this, Fugees charitable fund will partner with Global Citizen to work on philanthropic initiatives around the tour.

Hitting London's O2 Arena this December, it marks an incredibly rare chance to witness The Fugees together onstage.

Presented by Diaspora Calling and produced by Live Nation the 12 city international tour will stop at London's icon The O2 Arena this December, before continuing onto the final shows in Nigeria and Ghana.

Fugees charitable fund will partner with Global Citizen to work on philanthropic initiatives around the tour.

Ms Lauryn Hill comments: "The Fugees have a complex but impactful history. I wasn’t even aware the 25th anniversary had arrived until someone brought it to my attention. I decided to honor this significant project, its anniversary, and the fans who appreciated the music by creating a peaceful platform where we could unite, perform the music we loved, and set an example of reconciliation for the world."

Wyclef Jean adds: "As I celebrate 25 years with the Fugees, my first memory was that we vowed, from the gate, we would not just do music we would be a movement. We would be a voice for the un-heard, and in these challenging times, I am grateful once again, that God has brought us together."

The Fugees will play London's O2 Arena on December 6th. Tickets go on sale this Friday (September 24th) at 10am.

Watch the Trailer for Kid Cudi’s HBO Series ‘We Are Who...

Listen To This! Producer IYES Teams Up With LELE Once Again... 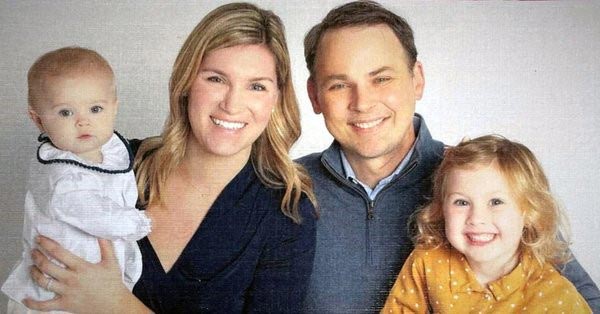 Are the COVID Jabs Responsible for Rising Mortality Trends?

According to all-cause mortality statistics,1 the number of Americans who have died between January 2021 and August 2021 is 16% higher than 2018, the pre-COVID year with the highest all-cause mortality, and 18% higher than the average death rate between 2015 and 2019. Adjusted for population growth of about 0.6% annually, the mortality rate in 2021 is 16% above the average and 14% above the 2018 rate. The obvious question is, why did more people die in 2021 (January through August) despite the rollout of COVID shots in December 2020? Did COVID-19 raise the death toll despite mass vaccination, or are people dying at increased rates because of the COVID jabs? Vaccine-Induced Mortality In a two-part series,2... 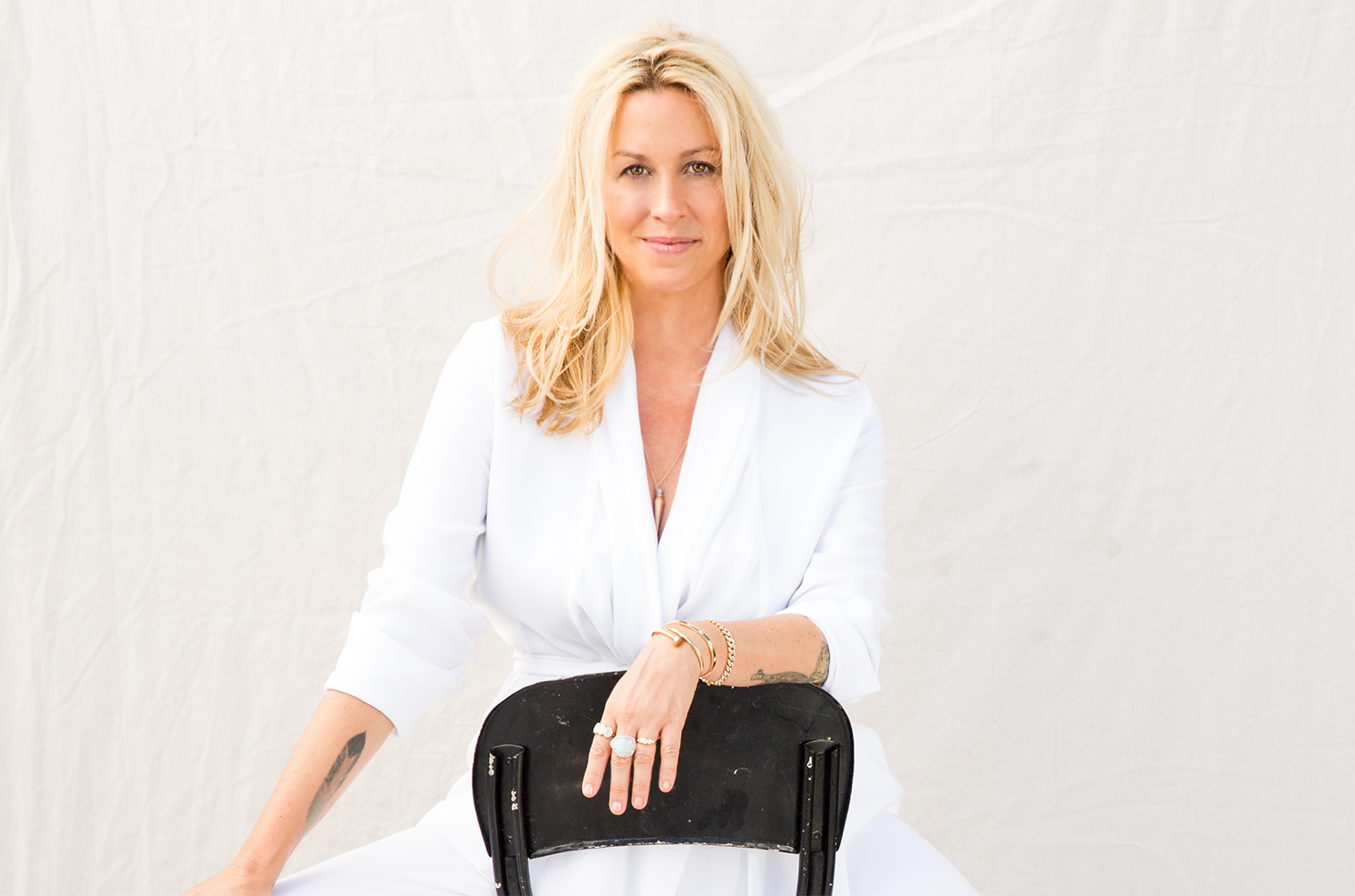 Alanis Morissette wrapped the U.S. leg of her 2021 World Tour: Celebrating 25 Years of Jagged Little Pill with the biggest numbers of her career. In 34 shows in (mostly) amphitheaters around the country, the run brought in $29.4 million and sold 493,000 tickets according to figures reported to Billboard Boxscore. To sort the success of Morissette’s current tour, we look back at the summer of 1995 when the fresh-faced Canadian singer-songwriter released Jagged Little Pill. Despite some previous success in Canada with more bubblegum-minded material, Morissette was largely unknown and an unsure bet as a global figure. Still, Pill made her a phenomenon: it spawned six radio hits, won the Grammy Award for album of the year and went on to be named Billboard’s... Fans across the world are eagerly waiting for the high-voltage clash between India and Pakistan in the ongoing T20 World Cup 2021. The arch-rivals will lock horns in Dubai on October 24. Both sides have played a couple of practice matches before they start their campaign in the multi-team tournament. While India have won both the matches, Pakistan have beaten West Indies and faced defeat against South Africa. Many experts of the fascinating game believe that the likes of Virat Kohli and Rohit Sharma are expected to shine, and Pakistan bowlers will have to be more cautious of them. Not to forget, when the last time India and Pakistan faced each other during the 2019 ODI World Cup, Rohit and Kohli had taken Pakistan’s bowling... 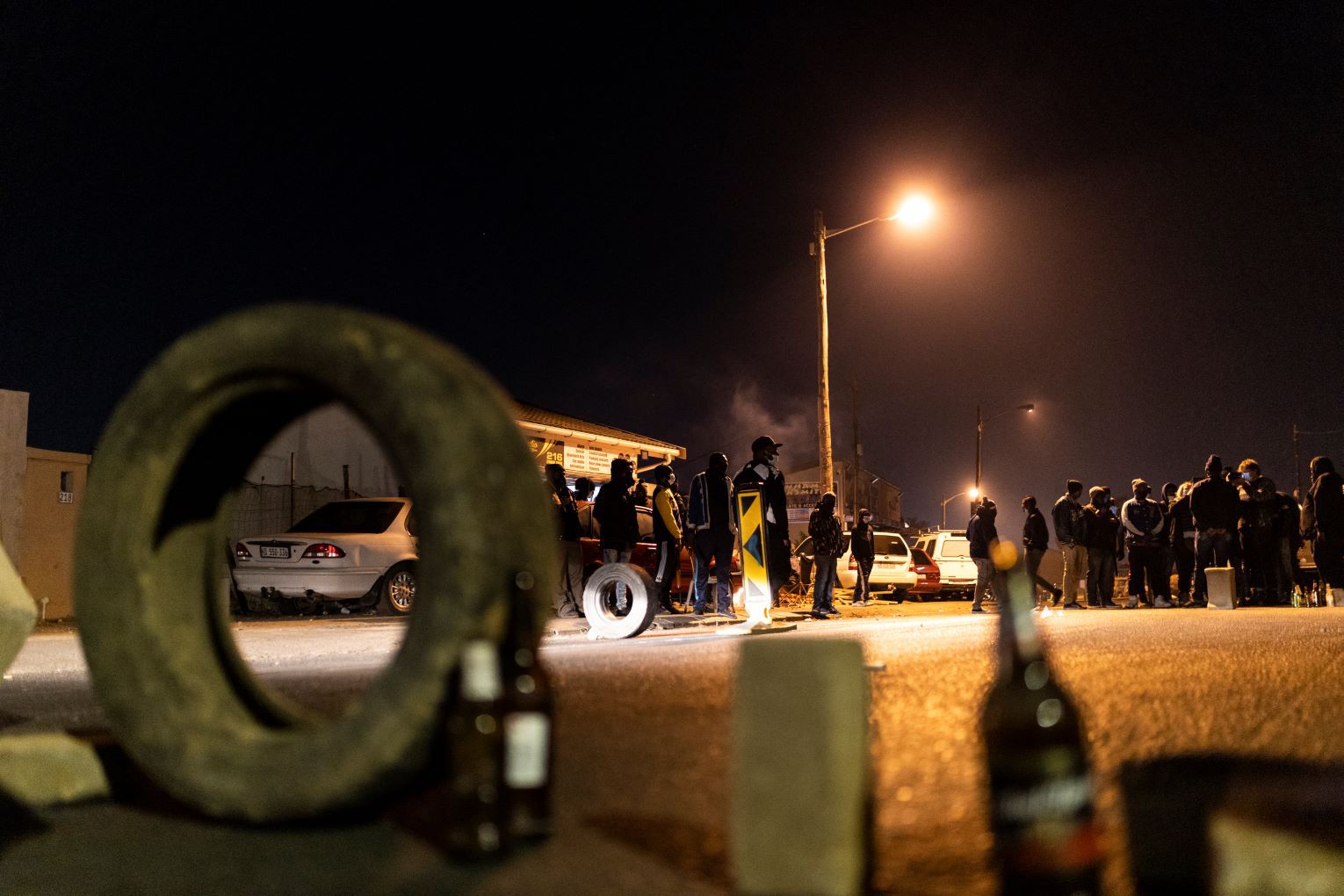 Phoenix far from rising from the ashes following unrest...

On the face of it, Phoenix is a peaceful South African community, with affluent homes, a shopping centre, and several places of worship perched on a hill. So peaceful that Mahatma Gandhi started a settlement and printed a newspaper there to spread his ideas of non-violence in the early 20th century. But more than 30 people were killed three months ago on the streets of this mainly Indian town of 180 000 people, in an outbreak of vigilante violence as South Africa experienced its worst unrest in decades. ALSO READ: DA removes controversial Phoenix election posters VIOLENT UNREST IN PHOENIX The victims were mostly black residents of Inanda, a township of corrugated...

The New League of Legends Championship Ring is Made by...

Presented by MMPlate.com – This is an opportunity to acquire a California plate. If it were a country, California would be the 37th most populous country and the fifth-largest economy in the world as of 2020. There are nearly 40,000,000 people in California and over 35,000,000 registered vehicles. There are no single-character plates available to […] The post Extraordinarily Rare California License Plate, Paired With NFT, For Sale For Over $22 Million appeared first on duPont REGISTRY Daily. 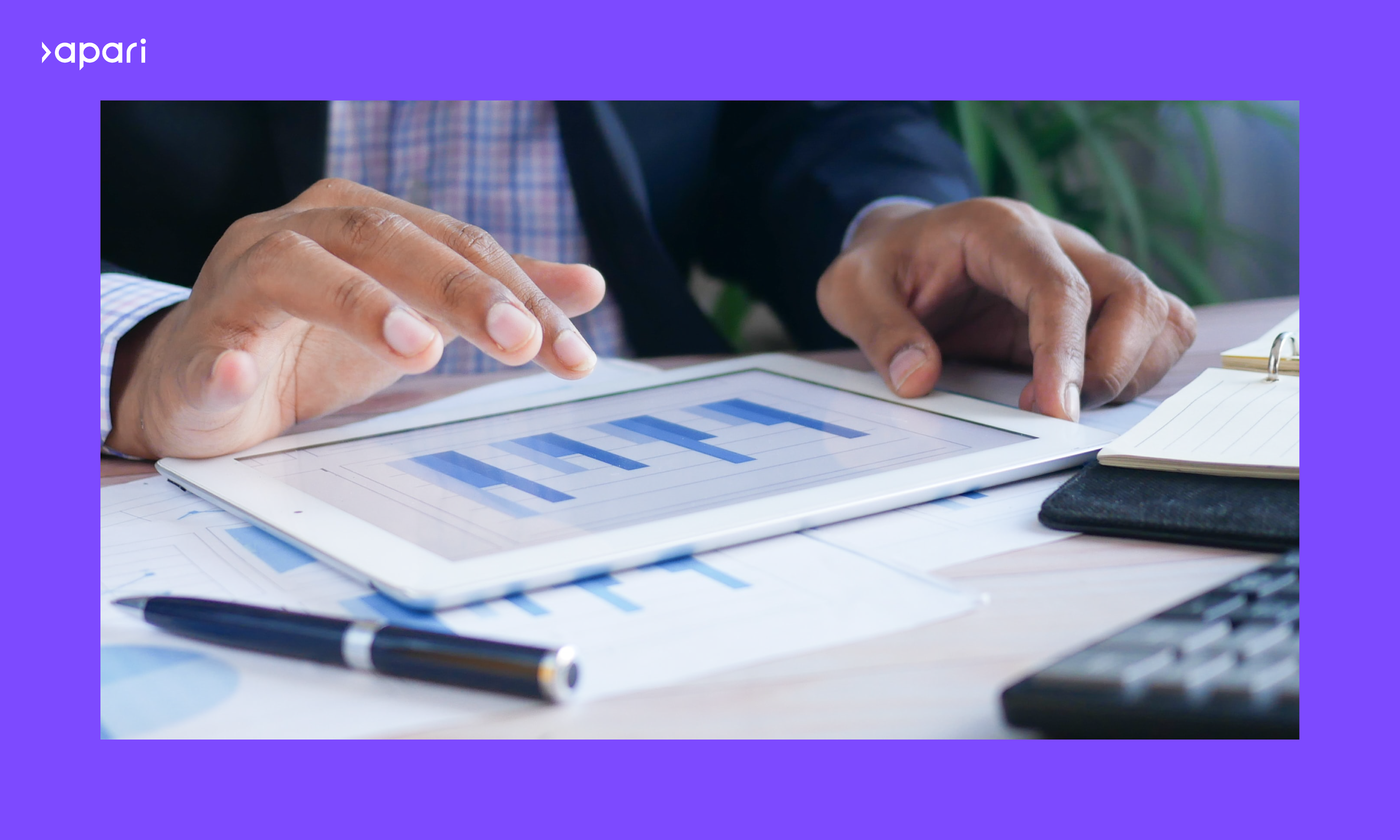 Making Tax Digital Delay – What this Means for Landlords

Last month, after much speculation, HMRC confirmed that the Mandation date for Making Tax Digital for Income Tax has been pushed back to April 2024. APARI reflects on what this means for the UK tax payer as a whole, and more specifically what this will mean for landlords. Why has HMRC been delayed? There unfortunately isn’t an outright answer for this – the decision has likely been driven from a number of sources, with understandably pressure from some stakeholders who are concerned with the change in the tax system. One of the biggest factors is pressure from accountants and accounting bodies. The accounting industry is understandably concerned about change from one annual tax return submission, to quarterly submissions...

Why You Should Increase Intimacy In Your Relationship

Why You Should Increase Intimacy in Your Relationship According to Erwin Raphael McManus, “Our souls crave intimacy”. But we cannot describe it in words. We just know that we want to be attached to someone, to feel really close to that special person who also wants to be with us. Intimacy makes us feel alive, ecstatic, content, and vulnerable. You cannot achieve it overnight. It grows gradually, where you and your partner become closely attached. What is Intimacy? When you think about being intimate, your mind may quickly race towards physical closeness or sex. Although it encompasses those things, it is more than being sexually involved with someone. It involves interdependence and mutual understanding. We...